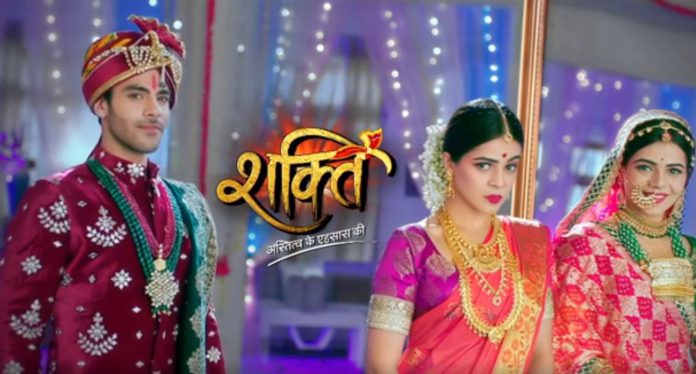 Shakti 30th October 2020 Written Update Heer blames Preeto Preeto creates troubles for Heer and Virat’s marriage. She tells that the last rounds will complete when Virat gets full marks as a husband. Heer tells Virat is the best, she will give him the full marks. Preeto tells that Virat may not be the same after the marriage. Heer tells that their love will not change after the marriage. He promises that their love will never change, but they have to prove it to Preeto.

He accepts Preeto’s condition. He is ready to prove his love for Heer. Parmeet asks Preeto why is she creating troubles for Heer. She tells that she didn’t see such an evil woman in her life. She insults Preeto, which makes Shanno happy. Preeto wants to become bad so that everything stays fine for Heer after the marriage. Raavi knows that Preeto is keeping the conditions to secure Heer. Preeto tells that her last condition is that Heer should get a job. She tells that she won’t let the rounds complete until her conditions are met. This angers Virat’s family.

Sant Baksh, Parmeet and the family leave in anger. Heer breaks down that Preeto never supported her. She asks Preeto why is she not letting her dream get fulfilled. She wants to marry Virat. She questions Preeto about her attempts to foil her marriage. She wants to know the truth. Saaya reaches there to reveal the truth to Heer.

She feels sad that Preeto has ruined her happiness. She doesn’t want to cry for Preeto. She didn’t know that Preeto will make her cry so much. She asks the family to take care of themselves. Rohan hugs Virat and asks him to look after Heer well. Virat assures that he will always love Heer and keep her protected.

Preeto cries for Heer. Virat takes Heer home, while Preeto and Harak cry for Heer. Preeto is sorrowful that Heer didn’t meet her and left. She goes mad in sorrow. Harak pacifies her. He doesn’t want her to blame herself. He gives her hope that everything will get fine. Virat consoles Heer who cries a lot in anger towards Preeto. He tells her that Preeto has done everything for her happiness. He tells that Preeto loves her a lot. He understands Preeto’s concern. Virat and Heer arrive to his house, where his family refuses to welcome Heer into the house, since the marriage isn’t completed. Virat and Heer face a new trouble at his house.

Reviewed Rating for this particular episode Shakti 30th October 2020 Written Update Heer blames Preeto:5/5
This rating is solely based on the opinion of the writer. You may post your own take on the show in the comment section below.