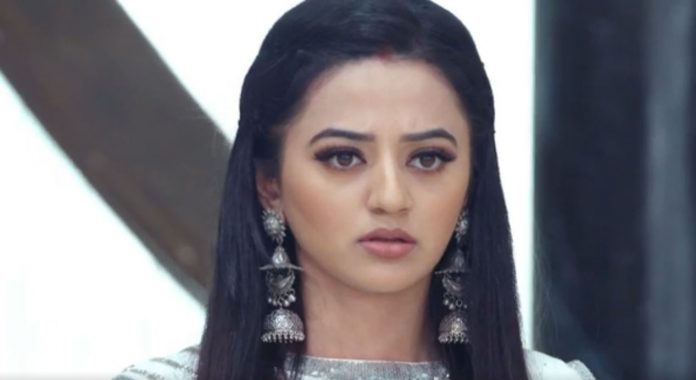 Ishq Mein Marjawan 3rd November 2020 Written Update Riddhima summons Kabir Riddhima doesn’t listen to Vansh. She provokes the devil in him by calling him a devil. She tells him that she will never obey his command. She shows much courage to Vansh. Vansh likes his daring side. He fools her and spikes her drink. Vansh tells her that he has used a drug to immobilize her for ten hours. Riddhima fails to move around. Vansh doesn’t want her to follow him again. Riddhima is shocked by Vansh’s insensitive side. She feels he is going to kill Ragini. Riddhima gets drowsy by the drug. She thinks she lost the big chance to help Ragini.

Later, Vansh cares for her, but she doesn’t leave her plans. She wants to stop him from killing Ragini in some way or the other. Vansh threatens Riddhima to make her stay home. On the other hand, Aryan and Chanchal decide to keep the memory card in the bank locker. Anupriya fails to get the memory card in Chanchal’s room. She informs Kabir that Aryan doesn’t have the card. Kabir wants the evidence against Vansh. Vansh warns Riddhima to stop making mistakes again and again. He doesn’t want to hurt her. He feels she is forcing him to hurt her.

Riddhima tries to contact Kabir to get his love. She loses her phone because of Ishani. She wants Kabir to reach her some way. She hopes to find a way to save Ragini. Kabir learns from Riddhima that Ragini is alive. Riddhima had managed to send him the voice note before she lost her phone. Kabir wonders why did Riddhima call him. Kabir gets to hear the voice note. He is much shocked to know that Ragini is alive. He didn’t expect Vansh to save and protect Ragini since the last three years.

He tells that Ragini can’t be alive, since Vansh can’t be tagged a criminal. He calls back Riddhima to know about Ragini. He wants to ask her if she has seen Ragini herself. Anupriya answers the call on Riddhima’s phone since she got the phone from the laundry. He informs Anupriya about Ragini’s survival. It turns out to be another secret of Kabir and Anupriya’s crime. Anupriya tells that it can’t be true. Kabir wants her to calm down. He asks her to make Riddhima get her phone. He wants to know the entire story from Riddhima herself.

Anupriya is afraid that if Ragini is alive, then she will tell the entire truth to Vansh of that night’s incident. Anupriya sends the phone for Riddhima, but some mysterious person faints down Riddhima. Riddhima’s phone gets off. Kabir gets restless to speak to Riddhima. Anupriya doesn’t believe that Ragini is alive. She thinks Riddhima is fooling. Kabir tells that Riddhima has seen Ragini herself, since her voice has fear in it. Anupriya tells that Ragini will get conscious and remember their crimes if she has her memory.

She doesn’t want Ragini to tell the truth to Vansh. She doesn’t want Vansh to know anything. Kabir assures that he will save themselves. He wants to talk to Riddhima and then know everything so that he can make a plan. He fails to speak to her on call. Kabir and Anupriya send a note to Riddhima. Kabir wants to find out Ragini. Kabir agrees to meet Riddhima and know more about Vansh’s secrets. Riddhima gets Kabir’s note and waits for him.

Vansh is with Ragini. He wants to face her and know the truth from her. He wants the information from her for which he kept her alive. He wants to kill Ragini and punish her for the cheat once he gets what he wants. He learns from his mysterious helper that Riddhima has been handled once again. He wants Riddhima to know her place. Riddhima gains consciousness. she finds her phone in the water bowl. She fails to call back Kabir. She thinks its good that she got the note from Kabir. She is much relieved and thankful to Kabir. Riddhima expects Kabir at the pool side but Vansh arrives there.

Vansh suspects her. Vansh hears K from her and questions her about the person’s name starting with K. Riddhima makes an excuse. Vansh takes her reply. He wants her to just stay as other family members stay. He wants her to thankful that she got her freedom. Kabir realizes that Vansh is threatening Riddhima. Riddhima wants to convey her message to Kabir indirectly. She tells that Vansh has kept a girl captive since years, he is a threat for Ragini. Kabir gets her message.

Riddhima doesn’t want Vansh to see Kabir, who is just behind him. Kabir reaches close to Riddhima. He hides on seeing Vansh. Vansh stays alert of the intruder in the house. Kabir gets all the hints from her. Riddhima promises to save Ragini from Vansh. She wants Kabir to save Ragini. Vansh tells that he will not be a silent watcher if she does so. Kabir thinks it will be his gain if he gets Ragini. He wants to wait for Riddhima at his place. Vansh asks Riddhima not to fly high, else she will end up hurting herself. Kabir makes a leave before Vansh sees him.

Kabir tells Anupriya that he trusts Riddhima, she has a fire in her to save Ragini and get her to him. Anupriya finds Riddhima really brave to challenge Vansh. She asks how will they get Ragini. She finds it hard to get Vansh punished. He tells that Riddhima will make any excuse to leave the house. She asks her to help Riddhima since Riddhima works for them. He tells that they have to get Ragini by using Riddhima.

He asks her to help Riddhima by siding away her ego. She asks him what did he plan if they get Ragini. Kabir tells her that he will kill Ragini. Vansh is raged up by Riddhima’s challenge. He digs up a grave. Riddhima spies on Vansh and is scared seeing his anger. She thinks Vansh is going to kill Ragini and bury her. Riddhima hears someone’s cry at night. She imagines Ragini crying and seeking her help. She gets stressed. She wants to save Ragini some how.

Riddhima finds Vansh sleeping. She tries to leave from VR mansion. She gets followed by the mysterious person, who is following Vansh’s orders. She finds the gate locked. She suspects that someone is following her. She wants to get justice for Ragini. Vansh takes Riddhima’s challenge. He wishes her all the luck for her victory. He wants her to be happy since its the deciding day. He tells that they can either make a new start of their lives or forget it. He alerts her of his big move.

He tells that he can kill anyone for the sake of his family. Riddhima tells him that she can give her life to kill any innocent person. He tells that they are opposites, that’s why they got attracted to each other. He takes her wishes as well. Riddhima waits for him to make a leave. Vansh asks Ishani to lock the gate and not let Riddhima go out. Ishani likes to cage Riddhima. Keep reading.

Reviewed Rating for this particular episode Ishq Mein Marjawan 3rd November 2020 Written Update Riddhima summons Kabir:4/5
This rating is solely based on the opinion of the writer. You may post your own take on the show in the comment section below.