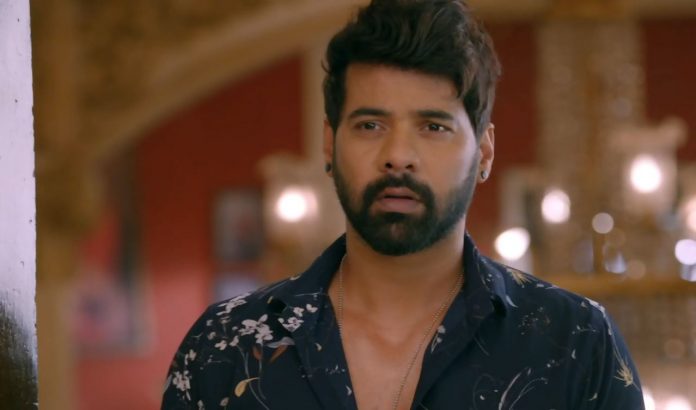 Kumkum Bhagya 4th November 2020 Written Update Abhi falls in danger Ranbir takes care of Rhea and cheers her up. Aaliya wants them to be happy. He tries to explain her about their alliance talks going on. Rhea knows what he means to say. She avoids the talk. She wants him to be with her. She loves him a lot and hopes to spend her life with him. Abhi is much devastated that Pragya didn’t let him meet his daughter. A woman comes in front of his car. Abhi gets worried. He goes to check the woman. He finds some goons, who catch him.

He gets kidnapped. Abhi doesn’t want them to trouble him further. He is actually very angry. He beats them up and vents his anger on the terrible situation of his life. He teaches them a lesson. The kidnappers don’t spare him. They want to demand a ransom from his family. The police reaches there on time. This helps Abhi. get free. Aaliya tries to connect to Abhi. She gets into an argument with Mitali. She doesn’t want to hear anyone mentioning Pragya’s name.

Abhi warns Aaliya against taking Pragya’s name. He tells her that he broke every relation with Pragya. Aaliya is much pleased. Mitali feels Pragya doesn’t have Kumkum in her Bhagya. Abhi tells that he doesn’t want to see Pragya ever again. Abhi and Praga miss each other. They shed tears. They feel very hurt that they have to stay away from their daughters. Aaliya rejoices that her plan worked. She wanted Pragya to never unite with Abhi.

Pallavi wants to get Ranbir and Rhea engaged. She tells that Vikram has gone to buy the engagement ring. Rhea wants to know if Ranbir has said yes. Dida and Pallavi tell her that Ranbir loves his family a lot, he will never refuse to her. She tells that marriage happens by the consent of both the families. They just want Rhea to become their Bahu. Dida tells that they will keep a surprise for Ranbir. Rhea wants to see Ranbir.

Pallavi asks her to keep the surprise and not reveal anything to Abhi as well. Rhea promises that she won’t tell anything to Ranbir. Rhea gets blushing. Dida likes Rhea as much as Pallavi likes. Pallavi feels Rhea is perfect for Ranbir. Prachi calls up Ranbir to know about Rhea. He hopes that things get better as Rhea has come home. She enquires about Abhi also. He tells that Abhi is also fine. Prachi wants Abhi to be happy.

Rhea doesn’t want to become an emotional fool. She tells Aaliya that she will snatch everything from Prachi that actually belongs to her. Abhi gets hurt during the Dussehra celebrations. Ranbir burns the Raavan and does the Dahan. Prachi and Pragya get to see Abhi hurt after the Raavan idol falls over him. They run to save Abhi.

Ranbir and the family run to save Abhi. They find Abhi suffering some burns by the hot burning statue falling over him. Some people had conspired to kidnap Prachi. The kidnappers were sent by Aaliya and Rhea. Abhi and Pragya learn that their daughter is in danger. Abhi risks his life to save Pragya. He gets to senses. He tells the family that someone planned to kidnap Prachi. Ranbir dresses up as Ram to play the Ram Leela skit.

He tells that he didn’t know Prachi is being chased by the goons. The drama brings Abhi and Prachi connected. Prachi wishes that Abhi was her dad. Abhi wants to tell her the truth that he is her dad. He hugs Prachi. Rhea gets jealous of Prachi. She feels bad. She thinks Abhi ignored her. Aaliya takes advantage of Rhea’s jealousy.

Reviewed Rating for this particular episode Kumkum Bhagya 4th November 2020 Written Update Abhi falls in danger:4/5
This rating is solely based on the opinion of the writer. You may post your own take on the show in the comment section below.