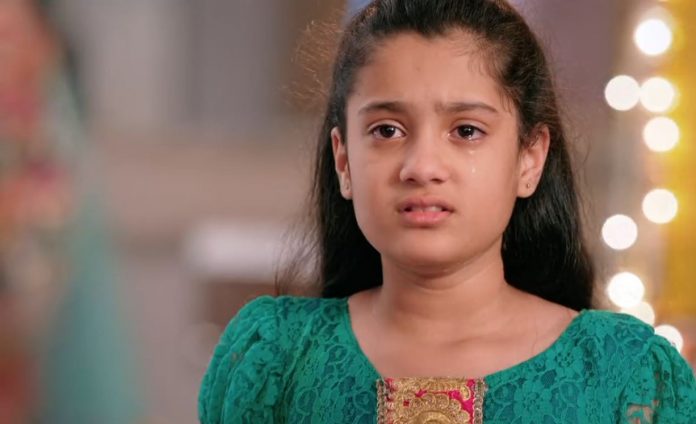 He wants Akshara to wake up. The family wants to know why isn’t the baby responding. Suwarna asks Kartik to take the baby to the doctor. Kairav sprinkles some Gangajal on the baby and asks her to wake up. He makes prayers for her. The baby opens eyes, much to everyone’s relief. The family gets happy with the baby’s normalcy.

Suwarna wants them to show the baby to doctor once. Kairav feels guilty of his mistake. He tells that his parents will get angry on him, once they confront him. Vansh tells that its Krishna’s mistake, since she has spoiled their relations. Krishna feels sorry to hear them. Doctor examines the baby and tells that the baby is fine.

Kartik wants Naira to speak to Kairav. Kairav meets the family. He tells that he wants to admit his mistake. He confesses that he has hidden the baby, but didn’t know that she will fall into trouble. The family learns that Kairav had planned everything. They understand the reason for his plans. Kartik tries to explain him the mistake. Naira questions Kairav about his move.

Kartik and Naira know that Kairav wasn’t planning any game, but it was done with a motive. Kairav admits that he did this to blame Krishna and make her out of the house. This breaks Kartik and Naira’s heart. Kartik reprimands Kairav for having such hatred for Krishna. He tells that it was his big mistake to risk Akshara and his lives. He tells that kids get kidnapped and then tortured.

He tells that Krishna has already suffered a lot. The family reprimands Krish and Vansh as well. Naira didn’t know that her son’s heart is so evil. She tells that he made a mistake, so they shall send him to the hostel. She doesn’t want to talk to Kairav. Kairav apologizes a lot. The entire family tell that its Kairav’s mistake. Naira is much hurt. She would have lost her children by his mistake. Kartik and Naira lecture Kairav further. He wants Kairav to apologize to Krishna and accept her as elder sister.

Krishna feels sorry that they took such a step because of her. She blames herself. She lies to them to take the blame on herself and save Kairav. She cooks up a fake story to save Kairav from the family’s anger. Dadi wants Kartik to throw out Krishna from the house. She tells Kartik that they shall not forgive Krishna this time. Kartik asks Dadi not to hurt Krishna’s heart. Naira condemns Krishna for putting the baby in danger. She shouts on Krishna for being so insensitive to let the baby go away. Kartik also rebukes Krishna. Kartik and Naira decide to punish the kids.

Reviewed Rating for this particular episode Yeh Rishta 3rd November 2020 Written Update Krishna saves Kairav:2/5
This rating is solely based on the opinion of the writer. You may post your own take on the show in the comment section below.