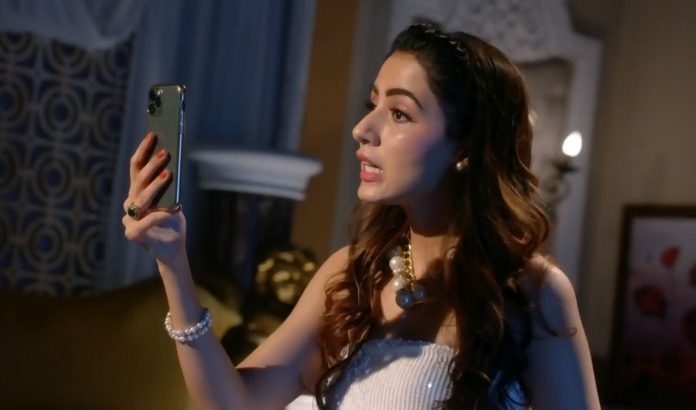 Kundali Bhagya 5th November 2020 Written Update Mahira casts her evil shadow Karan tells Kareena that Rakhi is feeling better now, Rishabh will bring her home soon. He takes Mahira home with him. Kritika feels something is wrong with Mahira. Sameer and Shrishti get to know about Mahira’s drama. Shrishti meets the doctor and enquires about Mahira. The doctor tells that Mahira is fine now, she isn’t critical, Mahira has acted to commit suicide just to get family’s attention, like she wants to achieve something.

She reminds Rakhi that she had insulted her badly. She apologizes to them. She doesn’t want to listen to Bani or anyone else. She tells that she can’t forget her insult. She tries to gain their sympathy. She believes that she is wedded to Karan. She wants them to accept her as Karan’s wife.

Meanwhile, Karan thanks Preeta for supporting him. He informs her that Mahira is fine and he got her home. Preeta didn’t know that Mahira has come home. She recalls Janki’s words. She opposes Mahira’s stay in their house. Karan tells her that they should support Mahira. She asks if Mahira will not go anywhere. Rakhi comes up with an apology. Kareena asks Rakhi to welcome Mahira home with all the rituals.

Rakhi doesn’t like it. She goes away with Bani. Kareena doesn’t think Mahira is wrong. Sherlyn didn’t think Mahira will give such a shock to Luthras. She knows Mahira loves Karan and hates Preeta. She wants to support Mahira, who can help her in taking revenge on Preeta. She loves Mahira’s dramatic entry. She prepares for Mahira’s grahpravesh. Mahira wants to separate Karan and Preeta. Karan tells Preeta that Mahira has got saved by difficulty, she got abandoned by Ramona, she has no place to go.

She asks him to send Mahira to Ramona, who will be much glad to have her daughter back. Karan is grateful to Mahira who kept her friendship and didn’t send him to jail. He doesn’t want to ask Mahira to leave. Preeta tells him that he should unite Ramona and Mahira. He doesn’t think its the right time. He asks Preeta not to create any issues. Preeta tells that he always argues because of Mahira. He asks her not to blame Mahira.

She calls Mahira a big problem. Mahira didn’t get Karan arrested so that he gives her another chance. She is happy to make her place. She wants Karan to fight on her behalf. She knows Karan and Preeta have started fighting. Preeta tells Karan that Mahira had attempted suicide, she isn’t mentally fit, she is obsessed with him, he will give her false hopes and Mahira will drag him into problems. She doesn’t want him to invite troubles in their married life. Karan wants her to understand him.

Preeta asks Karan to send back Mahira else a big storm will harm their family. Mahira really wants to bring a storm in the family. Sarla wishes Preeta stays happy. Mahira wants to ruin the family along with Preeta. Karan and Preeta land into a trouble. Sherlyn faces a bad omen. Sanjana informs Sherlyn about the pandit’s warning. She tells that she is worried for her daughter. Sherlyn doesn’t listen to her. Sanjana asks her to be careful, since the night will be dangerous for the family.

She tells that she shouldn’t allow anyone inside the family, else there will be just destruction. She alerts Sherlyn. Sherlyn gets worried knowing Mahira is going to enter the house. Mahira wants to cast her evil shadow on Preeta. She waits at the door for Sherlyn and Kareena to welcome her. She aims to snatch Preeta’s sindoor.

Reviewed Rating for this particular episode Kundali Bhagya 5th November 2020 Written Update Mahira casts her evil shadow:4/5
This rating is solely based on the opinion of the writer. You may post your own take on the show in the comment section below.