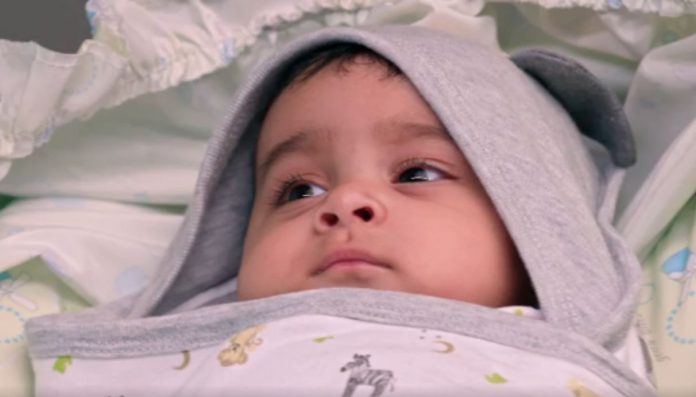 Choti Sardarni 6th November 2020 Written Update Karan kidnapped Kulwant makes a dangerous plan once again. This time she targets little Karan. She knows that Manav will not be quiet and try to snatch Karan. She thinks it will be better if Meher gives Karan to Manav and moves on in life. She gets Karan kidnapped just to put pressure on Manav. She wants the game in her favor any how. Param informs Meher that Karan isn’t in the room or anywhere in the house. Meher prepares the milk for Karan.

She tells Param that Karan is sleeping in the room. Param asks her to show Karan to him. Meher goes to check on Karan. She is hugely shocked to see a soft toy in Karan’s place. She can’t believe that someone has kidnapped Karan. She suspects Manav and calls him to yell at him. Manav learns that Karan is kidnapped. Manav calls Kulwant to know about his son. He demands an answer from her. He knows just she can stoop so low for her motives. Kulwant enjoys his plight and blackmails him. Will Meher and Manav be able to save Karan? Did Kulwant really kidnap Karan? Keep reading.

Meher tells Sarabjeet that Manav has threatened to ruin Aditi’s life to hurt Sarabjeet. She tells that he was behaving well with Aditi to show them that he will keep her happy if they give Karan to him. Sarabjeet gets worried knowing Manav has openly challenged Meher. Aditi finds Meher worried. Sarabjeet tells that Meher is worried for his recovery. Aditi tells them that Sarabjeet will be with the family before Diwali celebrations. She tells that Vikram is loving her a lot, he means a world to her.

She tells that she loves Vikram a lot, if he avoids her again, she will harm herself, she can never tolerate to stay away from him. She gets Vikram’s cute message. She goes to attend an urgent case. Sarabjeet tells Meher that he loves Aditi and Karan as well. He doesn’t want Manav to hurt them. He consoles little Karan. He promises Meher that their children will be celebrating Diwali with them. He doesn’t want to fail in the life’s test. He tells that this is the toughest test, since many relations will be affected. Meher is afraid that Manav will snatch her baby. Sarabjeet asks her to not worry and stay happy. He reminds that they can together win any battle.

He tells that he can never give his Karan to anyone. He sends Meher for Karan’s vaccination. Meher takes an appointment for Karan. Kulwant meets Param and pampers him. Meher isn’t pleased to see her. Kulwant spends time with Param. Harleen and Robby tell her about their lunch plan. They make a leave. Meher puts Karan to sleep. She goes to prepare milk for him. Param tells her that Karan isn’t in the room.

Meher asks him to check on the bed, Karan is sleeping there. Meher asks Param to see Karan is sleeping in the net. She checks Karan. She is deeply shocked to see teddy in his place. She thinks who can joke this way. She tries to seek Harleen’s help. Param tells that Harleen isn’t at home, she has gone out with Robby.

Meher enquires if Harleen took Karan along. Param tells that Harleen didn’t take him. Meher asks the staff to find Karan. Meher and Param cry for Karan. She asks the staff to check CCTV footage. Param asks if the black masked uncle took Karan. She consoles Param. She doesn’t want to tell anything to Sarabjeet. She keeps the shocking news away from him. She asks Param to stay at home. She tells him that she will find out Karan and bring him home.

Meher checks the CCTV footage. She realizes that Kulwant has taken Karan with her. She asks the guards to not allow anyone inside the house and keep Param secured. She drives to Kulwant’s house. She wants to know where is Karan. Manav blows balloons for Karan. He is pleased. Meher reaches Kulwant’s place to get her son back. She threatens Kulwant. She looks for Karan. Kulwant tells that she didn’t take Karan. Meher threatens to kill Rane if she learns their mistake. Kulwant asks Meher to stop her madness.

Kulwant casts her anger on Meher. She asks Meher to calmly talk. Meher accuses her for kidnapping Karan. Kulwant asks her not to blame her. She denies the blame. She asks Meher to get a proof first. Kulwant tells that she was feeling cold and had worn a shawl. She clears Meher’s doubts. She tells that she is also a mother, she can never snatch another mother’s child. She pleads to Meher to forgive her for the past. She tells that she has visited the family and left after Harleen. Meher’s next suspicion goes on Manav. She tells that she will not spare the one who dared to snatch her son. Kulwant just does a drama to convince Meher. She sends Meher away. Rane praises Kulwant’s drama skills. Kulwant has stolen Karan from Meher’s room. She has a motive behind it. Rane tells Kulwant that none can know her games.

Reviewed Rating for this particular episode Choti Sardarni 6th November 2020 Written Update Karan kidnapped: 3/5
This rating is solely based on the opinion of the writer. You may post your own take on the show in the comment section below.