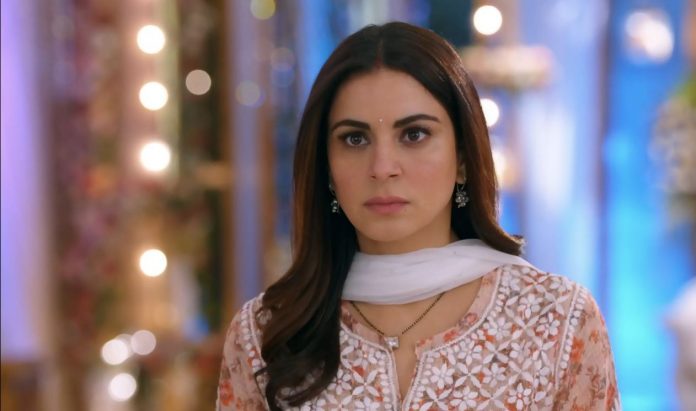 Kundali Bhagya 7th November 2020 Written Update Preeta shocks Mahira Preeta doesn’t think Mahira is right for the family and her marriage. She tells Karan that her marriage means a lot to her. Karan understands her. He tells that Mahira will not come between them. She tells that Mahira has no relation with him, even then she has come into the house by getting a grahpravesh like a Bahu. Karan tells that he got Mahira just like his friend. He doesn’t want to hurt Preeta’s heart. He tells that he will not do any injustice with her.

Karan wants to confess his feelings. Sherlyn hinders their moments. She asks Karan to give the medicines to Mahira, who is refusing to have it. Karan realizes that Preeta isn’t wrong, Mahira is demanding his attention. Mahira awaits Karan. Karan meets her and tries to pacify her. She acts scared to get more of his attention. Preeta keeps a watch on them.

Karan tells Mahira that they all are with him. Mahira tells him that she will never go against him. Sherlyn pities Preeta who is helpless because of Mahira. Karan asks Mahira to speak to his mom. Preeta doesn’t want to worry, since Karan is just handling Mahira. Preeta meets Mahira to reveal that she knows her intentions.

He lies to her that he is loyal to only her. He wants Preeta to know the result of rejecting him. Preeta warns Mahira to limit her actions and not emotionally blackmail the family. Preeta tells that Luthra family is worried for her wound. She makes the shocking revelation that she knows her fake suicide move. Mahira gets alert. Preeta tells that she is a doctor and knows human body anatomy well. She asks Mahira to stop fooling her. Mahira is worried that Preeta may bring out her truth.

Reviewed Rating for this particular episode Kundali Bhagya 7th November 2020 Written Update Preeta shocks Mahira: 3/5
This rating is solely based on the opinion of the writer. You may post your own take on the show in the comment section below.