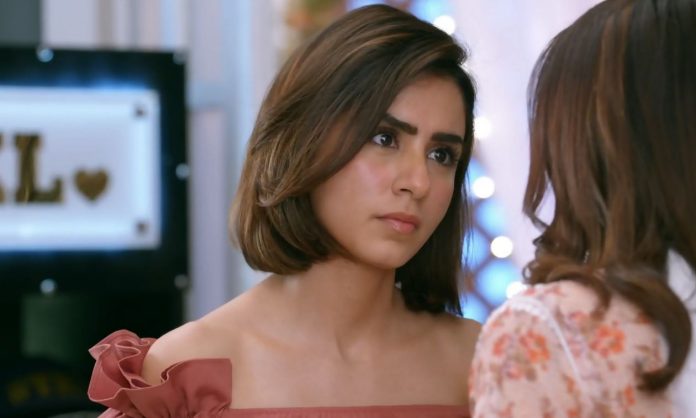 She informs Rakhi that she is preparing for the Sargi. She tells Kareena that Sarla is coming home to meet Preeta. Mahira is obsessed with Karan. Karan cares for her. She wants to tell him that she will keep a fast for him. He reminds her that Preeta is his wife. He asks her to understand that he is a married man. Mahira tells him that she will be keeping Karwachauth fast and took elders’permission as well. She tells him that she is his wife, not Preeta. She demands his love. Preeta finds Mahira’s madness. She knew that this will happen.

Mahira plots to get Karan’s attention again. Karan teases Preeta who is getting jealous seeing him with Mahira. Preeta goes away and keeps an eye on Karan and Mahira. He asks Mahira to go to her room and take rest. Mahira tells him that she is suffering from fever. He calls it a misunderstanding. He tries to distant himself from Mahira. Preeta is glad that Karan didn’t give hope to Mahira. Mahira tells that she feels hurt by his behavior.

She asks Preeta to snatch Karan if she can. Preeta gets happy to meet Sarla and Shrishti. Bani welcomes Sarla well. Kareena doesn’t give a good response to Sarla. Sarla gets respect in Preeta’s household after a long time. Rishabh and Karan also greet Sarla with respect. Sarla and Shrishti get on cloud nine. Sarla tells that she spoke to Rakhi on call. Karan wants his mom to take rest. Rishabh tells that Preeta is looking after Rakhi well. Bani assures Sarla that they will have every ritual met for Preeta’s Karwachauth.

Sarla tells them that she wanted to give Sargi laddoos for Preeta. Karan wants the laddoos. Kareena stops him from having it. Karan asks if he won’t get anything. Sarla knows Karan’s choice. She tells him that she got special laddoos for him. Karan thanks her. Rishabh, Karan and Kritika fight for the laddoos. Mahira can’t see both the families stay happy. She wants the family on her side. She calls Ramona and plans a drama. She asks Ramona to come home to bless her for Karwachauth. She wants Ramona to upset Sarla and spoil Sarla’s terms with Luthra family. Ramona arrives and brings a storm. Sarla tells that Mahira can’t keep a fast for Karan. Mahira threatens to die. Preeta and Mahira get into a fight.

Reviewed Rating for this particular episode Kundali Bhagya 11th November 2020 Written Update Mahira’s threatening act: 5/5
This rating is solely based on the opinion of the writer. You may post your own take on the show in the comment section below.