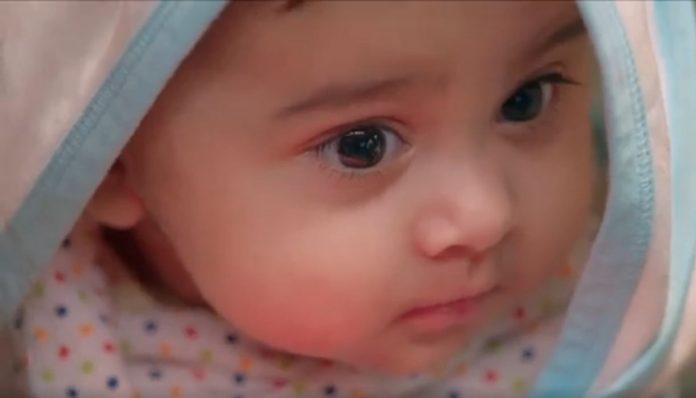 Choti Sardarni 12th November 2020 Written Update Meher Karan in danger Meher’s life fall in danger when an unseen enemy points the gun and shoots at her. The bullet releases to kill her. Meher is unaware that the goon has shot on her back. Param sees the bullet reaching her and shouts to alert her. Sarabjeet runs his way to home to reach his family and save them from the doom. He doesn’t want any of his enemies to win. He can’t call anyone to take help.

He doesn’t know who is his enemy, trying to kill the family. Pathak is his political enemy who wants to kill Sarabjeet as well after giving him a painful shock of his family’s demise. Meher fights with a tigress and protects her children to the best of her capabilities. Manav is away with Aditi, and isn’t known of the danger faced by Meher. Meher worries for Karan who is tied at her back and may get shot. She turns to take the bullet on herself.

Will Meher and Sarabjeet be able to save their children and themselves from the professional assassins hired by Kumar Pathak? Will Manav make a heroic entry and save his son from death? What will happen? Do you think this track of Meher’s bravery was needed in between when Manav’s custody decision was to be seen? Manav wanted to get Karan’s custody and raise him well with the help of Aditi.

Meher and Manav could have been sharing the parenting rights on the baby and moved on in lives. The show was going to get high dose drama about Karan’s custody, but brought Meher’s brave act to add some action. Do you think the show is going the right way? What do you expect from this show’s story? Comment below and keep reading for a detail update shortly.

Meher fights with the goons. She asks Param to hide. Sarabjeet runs on the road. He gets tired because of his wound. He calls Harleen to know if she can help. Harleen fails to hear his voice. Sarabjeet tries to get a lift to home. He sits in a hurt state and cries. He has to reach his family and save them. Meher gets rid of many goons, but one of them gets saved. The goon points the gun at her. Manav drops Aditi at the hospital and thinks to leave. He can’t wait to see his son Karan. He sends an audio note to Aditi.

He asks Aditi to get free and call him for a pick up. He is much positive that he will be meeting Karan. Param alerts Meher in time about the goon shooting her. Sarabjeet reaches Meher heroically and saves Meher and Karan from the bullet. He tells her that they can win any battle together. Param gets happy to see his dad. Sarabjeet fights the rest of the assassins. Meher and Sarabjeet manage to save Karan from every harm. Meher finds Sarabjeet taking all the pain to save Karan. She doesn’t want Sarabjeet to risk his life. Sarabjeet does a father’s duty. He alerts Meher of the goon going towards Param.

Harleen and Robby meet Pathak at Baweja’s party. Pathak apologizes to Harleen and Robby. He tells her that they should forget the enmity. He traps Harleen in his words. He wants to prove that he was present at the party, and had no idea of the assassination at Gill mansion. He gets Harleen as a witness of his presence. Sarabjeet bears the pain while saving Karan. Kulwant makes the laddoo with much love. She wants to feed the laddoos to Param and end Sarabjeet’s annoyance. Meher saves Param and hugs him.

Kulwant has plans to make her terms better with Meher and Sarabjeet. Manav reaches Meher’s house. He is shocked to see Sarabjeet and Meher under the attack. He finds Sarabjeet protecting Karan and bearing the torture from the goons. He worries for Karan. He finds Meher protecting Param, not Karan. He shoots down the goons in anger. Sarabjeet finds Manav at the rescue. Manav cares for his son, whom Sarabjeet saved. The goons’ attack gets never ending. The goons kidnap Meher and Param. Manav and Sarabjeet find the goons taking Meher at gun point. They get alert and try to rescue Meher and Param. The goons take Param hostage. Sarabjeet and Manav ask the goon to leave Param.

The goon orders Manav to drop the gun. Param tells them that Manav is in danger. They find Meher in a tough spot. The goons make her stand on a triggering bomb. Meher can’t even move. Manav and Sarabjeet also get caught by the goons. Kulwant and her family reach Gill mansion. They are shocked to see the pool of dead bodies fallen in the lawn. They want to know if Sarabjeet and Meher are fine. Kulwant and her entire family also get in danger when they come inside the mansion. They find Meher standing on the bomb. Kulwant asks the goons to leave her daughter. Goons threaten Kulwant as well.

Sarabjeet is asked to give Karan if he wants Param safe. Manav doesn’t want Karan to face danger. He feels helpless. Sarabjeet still doesn’t give Karan. The goons snatch Karan from him. The assassins get all the people hostage and leave them to die in the house which will blast in some minutes. Meher feels shattered to see everyone facing death at the same time. Kulwant and her entire family also get tied up and are left to die with Sarabjeet’s family. Manav finds Sarabjeet not losing his strength and courage. Sarabjeet and Meher encourage each other that they can win if they are together. Sarabjeet can’t see any single life getting killed. He can never see Meher dying. He struggles to save her.

The goons ask the family to live and die together. He asks them to just see each other for ten minutes, the bomb will be blasting off soon. The goons ask Meher not to act smart, even if she moves from the bomb, it will blast the same moment. The goons laugh and make a leave from the house. Manav’s world is just Karan now. He also can’t see Meher and Karan dying. Meher cries for the family. Manav and Sarabjeet try to find some way to save their children. Sarabjeet breaks free from a rope and crawls to Meher. He becomes the only hope for everyone.

Sarabjeet tries hard to reach Meher. He reaches Meher who tries to free him from the other rope. Meher doesn’t understand what he means to say. She realizes that he always fixes the turban with a pin. She hands over the pin to Sarabjeet. Sarabjeet gets on his feet and cuts off the ropes to free his hands. Sarabjeet gets freed and then frees the rest of the people tied there. He frees Manav next. Manav and Sarabjeet take the childrne into protection first. Sarabjeet wants them to just run out of the house and leave. Meher is still stuck on the bomb. The family doesn’t want to leave without Meher.

Manav calls the bomb squad to save Meher. Meher asks Sarabjeet not to come close and just leave. Sarabjeet pushes Manav and the family out of the family. He tells Meher that he will choose to die with her. He can’t leave Meher to die alone. He confesses that he loves her. Sarabjeet also stands on the bomb to die along with Meher. Meher doesn’t want their children to turn orphans when both the parents die. Sarabjeet doesn’t listen to her. The bomb blasts leaving Kulwant and Manav shocked. Will Meher and Sarabjeet die? Keep reading to know more.

Reviewed Rating for this particular episode Choti Sardarni 12th November 2020 Written Update Meher Karan in danger: 4/5
This rating is solely based on the opinion of the writer. You may post your own take on the show in the comment section below.