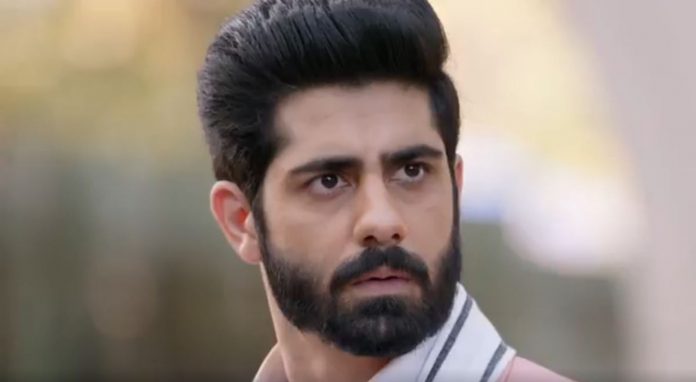 Ishq Mein Marjawan 12th November 2020 Written Update Vansh jumps down the cliff There is a huge showdown sequence between Vansh and Kabir, as they get into a heated brawl soon after Kabir arrests Vansh and takes him into the police van. Kabir doesn’t take him to the police station and instead gets him to the cliff, where he can kill Vansh in an encounter. He wants to get rid of Vansh forever. He wants to conquer over VR mansion.

Vansh and Kabir exchange their taunts and punches. Vansh gets Kabir at the gunpoint. Kabir doesn’t lose to Vansh. Kabir pushes Vansh and picks the gun in no time. He remembers Vansh’s words that he would be liked to get shot on his heart directly so that his enemy doesn’t get a chance to get killed by his hands if he stays alive. Kabir tells Vansh that he will shoot at his heart and kill him in a second to fulfill his wish. Vansh isn’t scared of him like before.

He asks Kabir to try, he has no strength to harm him. He feels its his family member Riddhima who has hurt his heart and killed him within. Riddhima tracks Vansh and reaches the same cliff. She asks Vansh not to harm himself and listen to her just once. She wants to tell him everything from beginning to the end. Vansh tells her that he is going to give his life for her love, since she has cheated him and sunk him in the fire of deceive.

He tells her that he is ready to die for her love. Riddhima tries to catch him and save him from the deadly fall down the cliff. Vansh leaves her hand and chooses to end his life by falling down. Kabir watches Vansh dying and feels its big victory for him that his enemy Vansh chose to accept death himself. Riddhima is shattered and heartbroken. Will she confront Kabir for his enmity? What will Kabir explain him? Will Vansh really die or is it his plan to nab Uma’s real murderers? Keep reading.

Vansh is tricked by Kabir. He thinks Riddhima has cheated him. He feels that he has been wrong to believe Riddhima, who always lied to her. He thinks Riddhima has been clearly wanting to cheat him since the marriage day. He is heartbroken. Kabir happily arrests Vansh. He recalls Vansh’s words. He had tried to kill Vansh since a long time and finally he had won. Vansh realizes that Kabir had used Riddhima against him and laid a trap for him.

Anupriya fakes her concern for Vansh. She sheds tears in front of him. Kabir gets rude towards her. He also acts with Anupriya. Riddhima wants to reach VR mansion soon. She gets to see Vansh taken by the police. Vansh has been arrested by Kabir. Kabir’s dream is fulfilled. Riddhima follows the van to reach Vansh. Anupriya laughs that Vansh will be ruined by Kabir’s hands. She tries to shoot Riddhima, but fails. Riddhima leaves in the car to reach Vansh as soon as possible. Anupriya wants to inform Kabir that Riddhima is following him.

She fails to call Kabir. Kabir changes his mind on the way and takes Vansh to the cliff area instead the police station, while threatening Vansh of the disastrous time. Vansh asks Kabir to threaten him in a good way if he can. He doesn’t think Kabir can dare to kill him. Vansh wants to go back to his family who needs him, but he is much affected by Riddhima’s cheat. Riddhima speeds the car to reach Vansh in time. Kabir takes Vansh at gun point. Mishra learns Kabir’s plans of killing Vansh. Vansh tells Kabir that the latter can never shock him, since his actions are just as the expected.

Vansh thinks Kabir will try to kill him. Kabir tells that he got him to the cliff to set him free. He shocks Vansh and asks him to leave. He removes the handcuffs. Vansh wants to know his plan. Kabir tells that he will always have fun in his life by keeping Vansh alive. He tells Vansh that he will not get into the legal hassles. He asks Vansh to enjoy his freedom and leave. He points the gun at Vansh.

He wants to kill Vansh. Vansh knows that Kabir will try to shoot on his back. He gets alert of Kabir’s vicious plans and gets saved. He tells Kabir that he knew his plans already. He challenges Kabir to shoot on his face if he can dare to. He wants Kabir to be a man and shoot him. Vansh answers Kabir’s deceive well. They both get into a big fight, just like before.

Riddhima gets Vansh’s location through the mobile tracker. She wants to save Vansh. She knows his life is in danger. Kabir doesn’t want to leave Vansh alive. He cheats Vansh to kill him. Vansh tells him that Riddhima cheated him and gave a chance to Kabir to counter him. He doesn’t think Kabir can kill him. He tells Kabir that he will decide his death, he won’t let anyone decide on his life or death. Vansh tells him that none can decide about him, except himself. He wants the choice to be of his own. Riddhima reaches him the moment Vansh wants to jump down the cliff. Vansh doesn’t feel happy to see her.

He accuses her for the cheat. He didn’t expect her to back stab his trust. He tells that her love has killed him. Vansh falls in front of her eyes. It strangely seems that Riddhima has pushed Vansh down the cliff. Will this be Vansh and Riddhima’s plan against Kabir? Vansh keeps a smile on his face while he speaks of Riddhima’s deceive and falls down. Kabir is happy that Vansh’s love killed him, which is actually better than killing him with the bullet. He finds their love story ending badly. Riddhima breaks down seeing Vansh dying. Kabir consoles her and stops her from jumping down after Vansh. Will this be the end of Vansh and Riddhima’s love story? Keep reading.

Reviewed Rating for this particular episode Ishq Mein Marjawan 12th November 2020 Written Update Vansh jumps down the cliff: 3/5
This rating is solely based on the opinion of the writer. You may post your own take on the show in the comment section below.