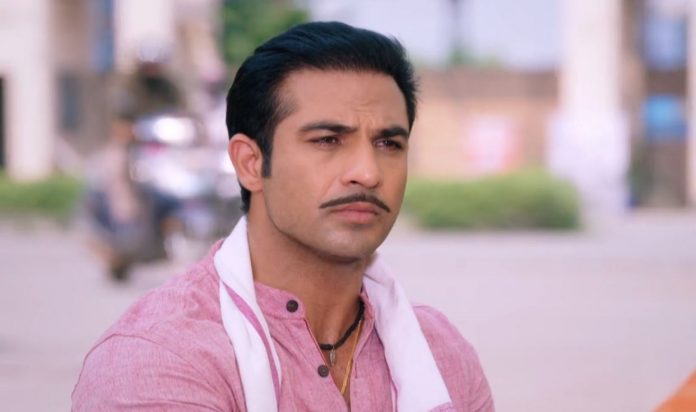 Saath Nibhana Ahem regains memory 12th November 2020 Written Update The episode is much interesting today because of Kokila and Ahem’s meeting. Guru ji blesses Praful and his wife. He tells that Anant has come in their lives, which will bring prosperity for them. He blesses everyone. He tells Gopi that her way is tough, but her aim is same as Kokila’s. He blesses Gehna. He wants to know who is she. Chetan tells that Gehna is the maid. Kanak tells that Gehna is the caretaker.

Gehna is pleased to get Guru ji’s blessing. Guru ji tells that Gehna’s fate will change, she will be ruling well after Navratri. Gehna doesn’t want to rule in any house. Guru ji likes her thoughts. Kanak sends Sagar to add the alcohol in the water pot. She wants to frame Gehna. Anant wants Gopi’s voice to reach Ahem. Gopi asks Gehna to be with Kokila and not let her meet Ahem. She sings a bhajan.

Ahem comes to Praful’s house after hearing Gopi’s voice. Gehna gets the water pot to help Guru ji. She finds the alcohol in the pot. She worries that the pot got spoiled. She can’t give the pot to Guru ji. Ahem enters Praful’s house. Kokila senses Ahem’s arrival. She sees Ahem and is surprised. She can’t believe her eyes. Ahem turns to leave.

Kokila rushes to stop him. Gopi and Anant find them meeting. Gopi goes to stop Kokila. Kokila stops Ahem and tells that he is her son. Ahem refuses to believe. She saves him from an accident. She tells that she can’t lose him again. She tells that she is his mother. He doesn’t listen. Ahem tries to run away from Kokila. Gopi asks Kokila to stop. Kokila gets in front of a truck. Gopi worries for the accident. She gets relieved seeing Ahem saving Kokila’s life. Ahem gets his memory back. He tells Kokila that he is fine now. He calls her mom. Kokila and Gopi get happy that his memory has come back. Gopi thinks good times will come for her with Ahem’s return.

Reviewed Rating for this particular episode Saath Nibhana Ahem regains memory 12th November 2020: 3/5
This rating is solely based on the opinion of the writer. You may post your own take on the show in the comment section below. 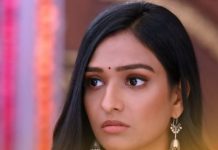