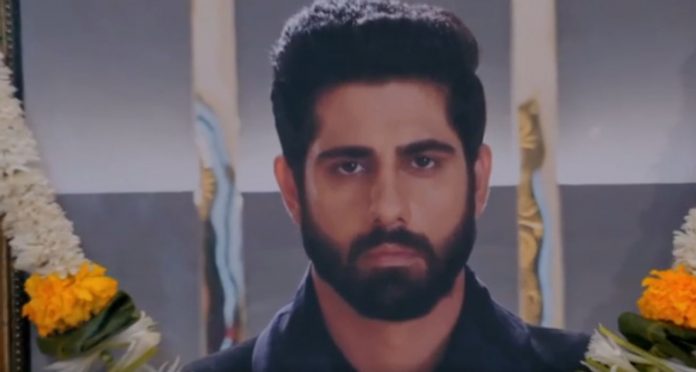 Ishq Mein Marjawan 13th November 2020 Written Update Vansh passed away Vansh’s major decision to commit suicide and die for the sake of love is still a mystery. Riddhima cries for Vansh a lot. She beats up Kabir in anger and blames him for killing Vansh. She can’t accept that her love, her husband has left her and passed away just because of her love. She didn’t wish her love to become such deadly for Vansh. She repents her actions. She feels she was very foolish and hurt Vansh. Anupriya prepares to shock the family, while they are away at the temple to pray for Vansh and Riddhima’s marriage.

Dadi wanted the family to get peace. Dadi, Ishani and other family members return home only to find a mourning dark ambience in the house. Dadi gets worried to see Anupriya wearing a white saree and crying. Dadi tells that she was feeling something bad has occured. She was already feeling restless by the bad omen. Dadi shatters down, along with Angre and Ishani, who love Vansh a lot. Aryan and Chanchal also can’t believe the shock. Riddhima is still lost in Vansh’s memories, until Ishani confronts her. Riddhima has a duty to tell the family about Vansh’s demise. She wants to gather courage. She doesn’t know that everyone already know it.

She asks Anupriya the reason for the darkness. Anupriya tells them that Vansh has passed away, he left them forever. Dadi is shattered to know this truth. Ishani and Aryan too can’t believe this truth. Dadi cries out for Vansh. Ishani angrily drags Riddhima and reprimands her. She tells that Riddhima is a spy, she has ruined Vansh’s life completely. Riddhima is speechless and numb in shock. She remembers Vansh’s last words that he is giving his life just because of her. Vansh has died for Riddhima’s love.

Anupriya lies to the family about Vansh’s death cause. She lies that Vansh had been attacked by his enemies’ gang, while Vansh fought them and followed them in his car, he lost control on his car and fell down the cliff. Riddhima knows that this isn’t the truth, Vansh was arrested by Kabir and then Kabir took him to the cliff side. She wants to know why is Anupriya lying and trying to show as an enemy’s attack. Anupriya doesn’t want Kabir’s name to get in between. She cooks up the story to trick the family about Siya’s accident. She tells the family that Siya also met with an accident while saving Vansh. She keeps Kabir’s image clean, but Riddhima knows the truth well.

This truth doesn’t let her stay in peace. Riddhima confronts Anupriya for the lie. Anupriya lies to Riddhima also. She tells Riddhima that she had lied to the family to keep Vansh’s heroic image, if she told the family about Vansh’s arrest and then the encounter, the family would remember him as a criminal than a hero. She tells that she doesn’t want Vansh to be remembered as a criminal. She asks Riddhima not to ruin Vansh’s hero image in the family. She scares that Dadi may die on knowing the truth. Riddhima agrees to hide the truth from the family.

Riddhima holds huge grief of Vansh’s loss. She sheds tears for him again. Ishani tries to kill Riddhima in anger. Dadi protects Riddhima. She doesn’t think Riddhima is at fault. Dadi asks Ishani not to harm Riddhima again and respect her as Vansh’s wife. Kabir acts innocent. He meets the family and tells that he had been doing his job. He lies to the family that Vansh tried to escape and then jumped down the cliff. He informs them that the search team didn’t get Vansh’s body from the cliff area. He tells that there is a possibility that Vansh survived. The family is very sorrowful. Kabir is too joyed that he ended Vansh’s chapter for once and all.

He feels victorious. He wants to enter the house as Anupriya’s son, the legal heir of the VR mansion. He wants to takeover Vansh’s business and family. Riddhima lashes out her anger on Kabir. She accuses him to be responsible for Vansh’s death. She stops him from paying condolence. She tells him that he has killed Vansh. He offers her to come back to her since Vansh is dead now. She refuses to him. She wants to stay as Vansh’s wife only. Kabir and Riddhima have a confrontation. Kabir has no regrets that Vansh died and makes it evident.

She doesn’t want to forgive Kabir for killing Vansh. She drags him out of the house in a fit of rage. Kabir can’t let Riddhima come between his dream to takeover VR mansion. Vansh is very much alive and prepares to trick Kabir and hidden enemies about his demise. Vansh burns someone’s body and leaves his ID there to make Kabir believe that he is no more. Vansh will fight back and win the game of disguise, deceit and death. Good news for the IMM and Vansh’s fans, Vansh will make a grand entry back soon. Will Riddhima get to see Kabir’s real face? Keep reading.

Reviewed Rating for this particular episode Ishq Mein Marjawan 13th November 2020 Written Update Vansh passed away: 5/5
This rating is solely based on the opinion of the writer. You may post your own take on the show in the comment section below.