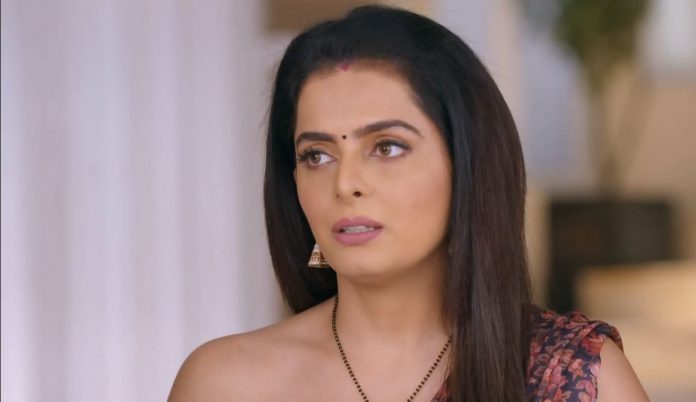 Kundali Bhagya 18th November 2020 Written Update Sherlyn shocks Rishabh Mahira wants Bani to bless her with Karan. Bani doesn’t want to do anything that Rakhi won’t do. She fools Mahira and asks her to have Sargi. Sherlyn gets Prithvi’s call. She finds his gesture sweet and confesses love to him. He asks her if Preeta has kept a fast for him. He doesn’t think she will keep a fast for Karan. She tells him that he is dead for Preeta. She warns him against missing Preeta. He tells that he just wanted to know the news about Preeta.

Mahira tells Karan that she also kept a fast for him. Bani does a rasam for Preeta and pleases her. Mahira demands the shagun as well. Bani tells Mahira that she has extra shagun plate for her as well. Mahira gets too happy. Kareena asks Sherlyn to have the food before sunrise. Sherlyn refuses to keep the Karwachauth fast. She apologizes to the family.

Sherlyn tells that she isn’t keeping the fast for this reason. Rishabh is much shocked to know it. He wants to know how did Sherlyn get pregnant when they have no marital terms. The family congratulates Sherlyn. Sherlyn asks Rishabh if he is upset. He tells that he isn’t angry. She asks if he isn’t happy. He tells that he is happy. Preeta also wishes Sherlyn. She is glad that Sherlyn finally accepted her pregnancy. While Rishabh is puzzled, everyone hugs him and wishes him for becoming a father soon. Shrishti thinks to keep a fast for Sameer.

She knows that he was close to propose her. She thinks to better skip it, since she isn’t married. Bani asks Karan not to trouble Preeta. Preeta tells that she has made the breakfast for them. Rishabh wants to go office. Kareena tells him that she got all the meetings cancelled. Sherlyn and Mahira ask Rishabh to stay back at home.

Rishabh, Karan and Preeta don’t feel happy about Sherlyn’s pregnancy. Rishabh agrees to stay back for Sherlyn’s sake. Bani tells Preeta that she should take good rest. She wants her first Karwachauth to go well. She asks Karan to take Preeta to the room. Preeta gets pampered. Bani tells that she will make the breakfast for Rakhi. Sherlyn is angry that everyone is caring towards Preeta, not her.

She had revealed her pregnancy, and even then none is looking after her. She wants to know if Ramona’s plan will work. Mahira asks her to believe Ramona. Sherlyn tells that she can’t lose to Preeta. She asks Mahira to think if she will lose the family’s love. She shows Mahira her future. Mahira gets angry at her. She doesn’t want it to turn true.

Reviewed Rating for this particular episode Kundali Bhagya 18th November 2020 Written Update Sherlyn shocks Rishabh: 4/5
This rating is solely based on the opinion of the writer. You may post your own take on the show in the comment section below.