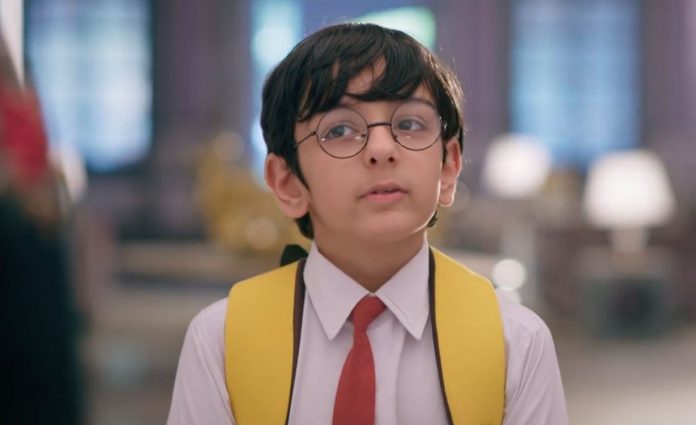 Yeh Rishta 17th November 2020 Written Update Kairav unthinkable blunder Kairav is under pressure when the senior guy asks him to steal a gun from his grandpa. He asked Kairav to get the gun, which has no bullet. Kairav doesn’t want his parents to know. Krish and Vansh ask Kairav to steal a gun so that they fulfill the challenge. They arrange a fake gun to replace the guard’s gun. Kairav agrees to them.

He finds the guards with guns. Manish asks the guards to take rest until there is work. Kairav secretly reaches there to get the gun. The kids make a plan to distract the guards and get a gun. Kairav finds the guard keeping the gun away. He worries when he finds Kartik and Naira around. He steals the gun by getting under pressure. He does the unthinkable. Vansh tells that they got the real gun, they are really brave. Kairav doesn’t want them to touch it.

He is much scared that guard will look for the missing gun. The guard informs Manish that he lost the gun. Manish scolds the guard knowing the gun was loaded. Krish plays with the gun. Vansh also wants to play with it. Naira reaches them, but doesn’t see the gun with him. The kids convincingly lie to Naira and send her away. Naira leaves Akshara with the kids. Vansh plays with the gun after Naira leaves.

He points the gun at Akshara. Kairav wants Vansh to move the gun away. Manish doesn’t think they need to inform the family about the gun. Naira hears the gunshot. She runs to see the kids. She finds Akshara sleeping safely. She takes Akshara with her. The kids get scared. Kartik tells them that its a fake gun with him, he was scaring them.

The kids hide the real gun. Kartik tells that he got a Diwali gift for the kids. Naira doesn’t want such a toy. She asks the kids not to feel scared of the fake gun. Kartik asks the kids to be away from the real gun. Naira plans Diwali celebrations plan. Kairav tells Vansh that they will keep the gun back, they will not get spared if anyone sees the gun again. Kartik and Naira don’t want the kids to get close to anything related to violence.

Later on, Manish accepts that he was wrong to blame Kartik for not focussing on work. He tells him that the clients have liked the presentation a lot. He asks Kartik to handle the college project. Gayu and Samarth get insecure, since he was handling the project. Gayu wants Samarth to speak up and get the project. He tells that the college owners are Goenkas, he has no right on it. He doesn’t want to ask for a favor. Gayu feels the partiality.

Kairav, Vansh and Krish take the gun to the school to give the gun to the senior. Kairav is scared of punishment. Krish and Vansh ask him not to back out. Kairav tells them that they will not do any wrong thing. Kartik refuses to head the college project. Manish asks the reason for refusing. He asks if he wants to manage the kids at home. Kartik tells that Samarth had worked on the project since the last six months, he had started the project and its his right to head it. He doesn’t want to snatch Samarth’s rights.

Reviewed Rating for this particular episode Yeh Rishta 17th November 2020 Written Update Kairav unthinkable blunder: 3/5
This rating is solely based on the opinion of the writer. You may post your own take on the show in the comment section below.