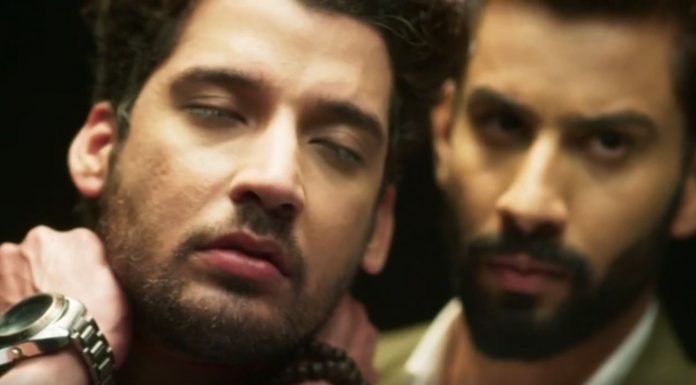 Choti Sardarni Pinjara Molkki Shakti Spoilers 18th November 2020 Meher is tensed because of Manav’s craze. She wants to know if Manav has threatened Sarabjeet once again that he will be snatching Karan from them. Sarabjeet doesn’t want to make her feel ashamed of her love for Manav by telling her the worst unexpected words told by Manav. He doesn’t want to tell that Manav has threatened to assassinate her character in the court when they fight for Karan’s custody. He hides the quarrel and relieves her from the tensions. He tells her that he can’t see her in tension. He makes a sweet gesture to cheer her up.

Heer finds out that someone had spiked her drink in order to make her fall further in the family’s sight. She doesn’t know that it was Preeto and Virat’s plan to make her fail in her goal to become a daughter for Virat’s family. Preeto and Virat don’t want Heer to complete the three conditions, which will make her win the three marriage rounds. Preeto doesn’t want Heer’s marriage to get accomplished, since that would bring out her kinner identity in the open. Preeto and Virat are protecting Heer from the harsh truth.

They take the wrong steps to make Heer receive hatred from Parmeet and Sant. Heer tells Virat that she got a drug bottle which is a proof that someone had spiked her drink. Virat’s reaction makes her suspect him. She confronts him to know if he had spiked her drink. Virat is forced to swear on her. He is helpless to confess his mistake. Heer is shattered to know that Virat’s love has changed for her, he is working against her plans and making her lose the conditions. She doubts that he doesn’t love her anymore and is taking revenge on her by keeping their marriage incomplete. Will she understand his love and know the real cause of his odd behavior?

Mayura feels helpless when Omkar kidnaps Piyush. Omkar doesn’t want Piyush to become the ray of light to end Mayura’s darkness. He takes a harsh decision to kill Piyush, whom he had raised with much love. He can’t see anyone becoming Mayura’s support. He tells Mayura that he has killed Piyush to snatch away her sole support. Piyush dies. Mayura is in shock on losing Piyush. She fails to save Piyush’s life from Omkar. She swears to take revenge on mad evil Omkar.

Virender is a widower, who is still in love with his wife. He doesn’t want to get married for the second time. He gets compelled by his father to fulfill the condition. His father wants him to marry Purvi. Purvi is pressurized by her father to marry Virender. Her father sells Purvi as Molkki bride. Purvi gets helpless in order to save her family. Virender and Purvi get compelled to agree for the marriage.