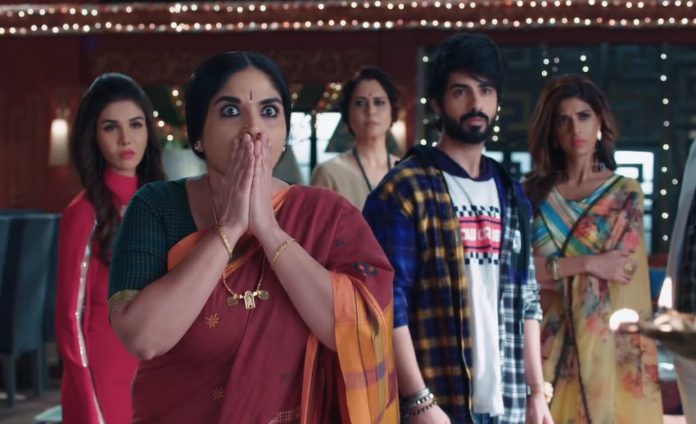 Yeh Hai Chahatein 18th November 2020 Written Update Mahima returns Yuvraj learns that Mahima has left from the hotel. He tells that he has no money to pay the bill. He gets tricked by Mahima. He thinks he was wrong to blindly believe Mahima. He gets caught by the hotel staff. He has no money to pay the hotel. Prisha doesn’t get any message from Rudraksh. She worries with the thought that he left her without telling her anything. She wants to know if Rudraksh told something to Sharda.

Vasudha is tensed that Prisha is alone and troubled. Mishka loves the news. Ahana also rejoices it. Mishka tells that its a magical news. Yuvraj asks the manager if Mahima didn’t pay the bill. Manager asks him to pay the bill and check out. Yuvraj thinks how will he pay the bill. He gets Ahana’s call. He tells her that he is stuck in his own problems. Ahana wants to know if Rudraksh had left Prisha at the hotel. She compliments him for his plans. He tells that he has no interest in Rudraksh.

She gets to see Rudraksh’s letter and a flight ticket left by him. She learns that something has occurred that will change their lives. He apologizes to her and wants her to come home. The family begins to search for Prisha. Prisha informs them that Rudraksh had sent flight tickets for her, he is coming home for urgent work. Sharda asks her to come home. The family gets to know that Rudra has arrived. Prisha wants to know what had happened.

Moreover, Saransh feels that Prisha is angry on him and didn’t answer his calls. Vasudha doesn’t want Saransh to see Rudraksh coming home alone. She distracts Saransh. She tells him that Prisha is busy in work. She wants to find out why did Rudraksh come alone. Balraj asks Rudraksh what’s his problem to come back alone if he had to take Prisha on the honeymoon. Balraj and Sharda try to ask him the matter.

Ahana tells them that she will ask Rudraksh. Rudraksh tells them about the complicated story. He gets the unexpected guest home. Vasudha is shocked to see Mahima. The Khuranas don’t know Mahima. Prisha finds Yuvraj following her. She reprimands him for following her. He gets into an argument with her. He tells that he had come to have a good time in Ooty, but she is not leaving him alone. He takes her help.

He tries to know if Rudraksh broke her heart and left her alone. He jokes that Rudraksh had run away. She blames him for disappearing Rudraksh. He asks her not to accuse him all the time for every blunder in her life. He wants to go along with her. He taunts her about Rudraksh’s decision to leave her. She gets angered on Rudraksh.

Reviewed Rating for this particular episode Yeh Hai Chahatein 18th November 2020 Written Update Mahima returns: 4/5
This rating is solely based on the opinion of the writer. You may post your own take on the show in the comment section below.