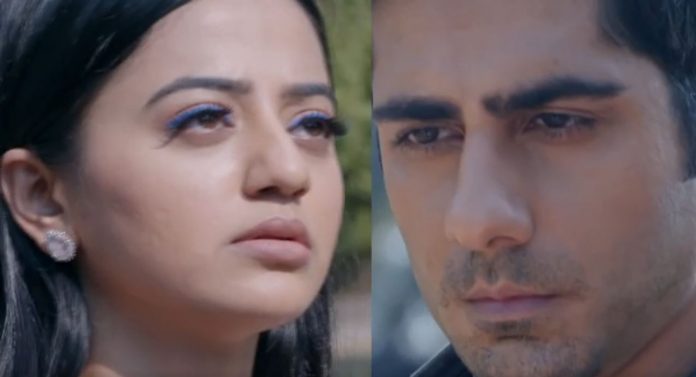 Ishq Mein Marjawan 19th November 2020 Written Update Vihaan meets Riddhima Riddhima’s life falls in peril once again. Riddhima has learnt the entire truth of Kabir and Anupriya’s crimes. Riddhima gets many challenges from Kabir. She has to save Vansh’s family from Kabir’s threat. Riddhima has faced many dangers after meeting Kabir and falling in love with him. She feels cursed that Kabir came in her life. She wanted to be with Vansh, her husband, whom she lost because of Kabir. Kabir doesn’t want a headache from her side.

He is fed up of her threatening all the time. He can’t live in her fear that she will get a proof against him and expose his truth. He gets Riddhima trapped in his plans. He tells that she can never tell the family about their past relationship, that she was his girlfriend who intended to ruin Vansh. He doesn’t think there is anything that can save Riddhima from him. He tells that she is in a helpless situation and has just one option, that’s to watch him playing the game. She loses hope for a while.

Riddhima leaves from home in a dejected state. Some goons happen to tease Riddhima on finding her alone and attack her. Riddhima gets into a helpless situation. Kabir puts her into trouble again. He knows that Riddhima won’t get any savior in the Kalyug, where just the devil wins. Riddhima realizes that Kabir is the devil of her life, when she was misled and assumed Vansh to be a devil. She regrets for her actions.

Riddhima tries to fight the goons, but loses. Luckily, her prayer gets answered. She gets to meet Vihaan, who reaches the scene in time to save her life from the goons. Vihaan heroically fights the goons to save her. Vihaan makes an entry in her life with ease. Is this Vihaan’s clever plan to send the goons and put her into trouble, so that he can make an entry of a hero and rescue her? Who is threatening Riddhima’s life now? Keep reading.

Is Vihaan behind the intentional attack? Any ways, Riddhima meets Vihaan and realizes that he is Vansh’s lookalike. She doesn’t know that he has planned to enter VR mansion as Vansh. He makes her a medium to enter the house. She wants to take Vansh’s lookalike home as Vansh, so that she can fight Kabir. Will she unknowingly serve Vihaan’s motive? Will she become someone’s puppet once again and serve someone’s plans in ignorance? What lies in Riddhima’s fate? Keep reading for a detailed update.

Riddhima is much regretful that she is responsible for Vansh’s destruction and Ragini’s death. She didn’t wish to bring a storm home. She shatters with Kabir’s accusations, which is actually true. Kabir tells her that Vansh died for his love, while she got destructed in her love. He pities her. He tells her that she has no way to escape, she is helpless and trapped by his brilliant plan. He offers her partnership. He asks her to join hands with him once again. He tells her that she knows he is very dangerous, he can kill her any time he wants. He tells that he has an inner devil, which can kill her.

He tells that no one will come to kill him. He asks her not to try to dare to break his trap. He tells that she will badly fail if she tries to escape. He threatens her that if she tries to act smart to escape, then every member of the family will die. He asks her to know that she will be responsible for it again. She begs him not to harm anyone. He tells her that she truly loved him, he loves her too.

He pities her that she is an orphan and now a widow. He knows that she has no place to go. He tells that he values true love and can accept her back in his life. Riddhima feels Vansh’s presence around. She gets glad to see Vansh back. She runs out of the house to see him. She doesn’t see Vansh anywhere. She accepts the truth that Vansh left, he can never come back. She reminisces her time with Vansh and walks out of the house. Riddhima reaches the temple and walks on the glass pieces without feeling the pain. She questions Bappa for snatching her husband.

She knows Kabir and Anupriya’s truth, but still she can’t do anything. She wants Ganesh to help her and answer Kabir. She prays that she finds help to defeat Kabir. She wants to break out of Kabir’s trap. She asks Bappa to send her angel to her rescue. Vihaan becomes her angel. Some guys spot her at the temple. They find her helpless. They tease her and try to rob her jewellery. Riddhima doesn’t want to give up. The goons ask her to give all the valuables she has. She doesn’t want to give her nuptial chain to them.

She fights them bravely. The goon tries to stab her, but by that time Vihaan reaches her and catches the goon’s knife to make his hand bleed. Vihaan bashes the goons and makes them run for their lives. Riddhima gets to see Vihaan, which is very shocking for her. She calls him Vansh. She remembers Vansh and gets emotional. She can’t accept the shock and faints down. Vihaan drops her to the gate of VR mansion. Dadi and Ishani find Riddhima at the gate. Dadi wants to know what happened to Riddhima, sine her feet is wounded.

Angre helps Riddhima and takes her inside the house. Dadi gets Riddhima to consciousness. Riddhima gets new hopes. She wants to see Vansh. Chanchal asks her to accept that Vansh has passed away. Riddhima tells Dadi that she had fainted outside the temple. Riddhima wants to find Vansh. She thinks she is just imagining Vansh everywhere. Dadi doesn’t want her to go anywhere alone. She asks Riddhima not to hurt herself and give her any other shock. Riddhima wants to find out if she really met Vansh or imagining him. Vihaan pays the goons for their drama. Vihaan has a plan to enter VR mansion by using Riddhima, but at the right time.

Reviewed Rating for this particular episode Ishq Mein Marjawan 19th November 2020 Written Update Vihaan meets Riddhima: 5/5 This rating is solely based on the opinion of the writer. You may post your own take on the show in the comment section below.