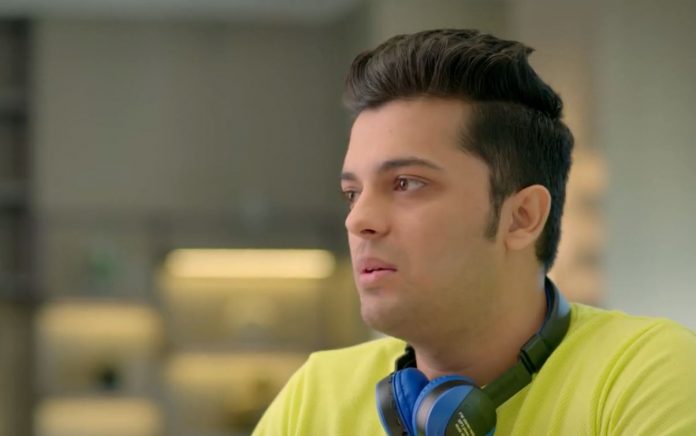 Shaadi Mubarak Arjun hurts Preeti 19th November Written Update KT opens up his past in front of Preeti. He is much upset that Preeti can’t handle anything alone. He vents anger on her. She asks him not to scold her for a little issue. She agrees to handle the project again. He breaks down and reminisces the past. He tells Preeti that he didn’t intend to hurt her. He is sorrowful that she wanted to try the Sehra on him, when he isn’t Arjun’s father.

He tells that he doesn’t want to get involved in the project, which reminds him about his past. She tells that they had made a rule that they will always share the tensions and never lie to each other. He tells that she also lied to him, she didn’t trust him and his intentions. He asks her why doesn’t she want to be his partner. He tells that he expected her to understand his problem. He reveals that he wanted to tell her the truth since before.

He tells that he found chances to tell her the truth, but she didn’t listen to him at all. He asks why doesn’t she understand his situation, pain and sorrow. He expresses his pain over his sorrowful fate and past. He tells that he hides a huge pain in his heart, but he pretends to be happy. He tells that its not easy for him to share the pain with her, since he is bearing the pain since 17 years. He tells that he isn’t comfortable to work on Arjun’s project, since he feels Arjun’s mother is Nandini. He tells about his ex wife Nandini.

She sends him home. KT is thankful to her for understanding. On the other hand, Nandini likes a Kalash which Kusum already bought from the shop. Nandini argues with Kusum to get the Kalash for her marriage. Kusum doesn’t give up the Kalash for any amount. Nandini pushes Kusum to break the Kalash. They get into an argument. Kusum clicks her picture to find her and teach her a lesson. Nandini wants Arjun to meet Neelima and convince her for KT’s marriage. Preeti meets Arjun and Nandini. She reveals that KT has taken a break from work, he won’t handle their project.

Nandini asks Arjun to hurt Preeti so that they inform KT and he comes running to see Preeti. She wants KT to meet them at any cost. Arjun blindly follows Nandini. He ends up hurting Preeti. Preeti will be knowing about Nandini and exposing her true colours. She will oppose Nandini and take a stand for KT.

Reviewed Rating for this particular episode Shaadi Mubarak Arjun hurts Preeti 19th November Written Update: 5/5This rating is solely based on the opinion of the writer. You may post your own take on the show in the comment section below.