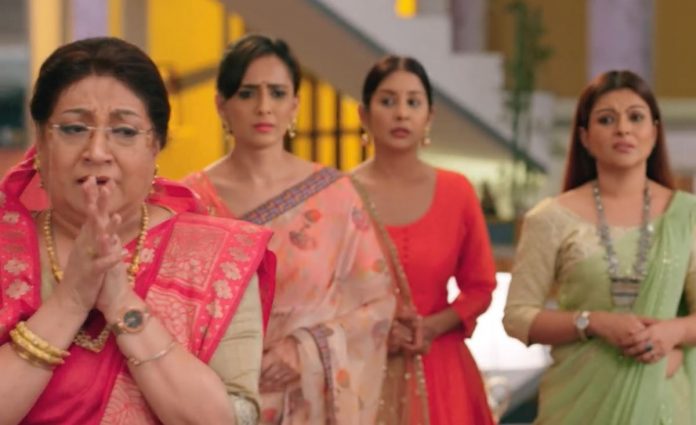 Yeh Rishta Vansh accident 19th November 2020 Yeh Rishta Kya Kehlata Hai Written Update Kartik and Naira try hard to get friendly with Kairav and know what’s haunting his heart within. Kairav doesn’t want to share anything with them. Kartik takes it as his anger and wants to give him time. Naira doesn’t leave Kairav alone. She gets emotional. Her sad talks melts Kairav’s heart. Kairav changes his decision. He thinks to tell her everything. She tells him that she is his best friend first and will not scold him even if he is at fault. She asks him to be open to her and not hide anything that ca make him suffer later.

Kairav is scared of her anger and scolding. Vansh asks him not to tell any of their secrets. Kairav wants to be true to his mother. He can’t see Naira crying and losing hope because of him. He tells Naira that he has made a big mistake of stealing the gun from Manish’s guard. He admits that he had lied to her before. He also tells that Akshara would have fallen in danger that day when they were playing with the gun, but he had tried to stop Vansh from using the gun.

Naira is super duper shocked to know that Kairav had put her daughter in danger once again. Kairav tells her that his intention was not to hurt or trouble anyone, but to join a senior’s group. He was doing it under peer pressure from Krish and Vansh. Naira can’t believe her ears. Gayu happens to hear his confession. She worries for Akshara as well.

She tells Naira that Kairav is just involving Vansh, who would never dare to go against Samarth. She asks Naira to control Kairav who is just going out of elders’ control. She taunts Naira for not focussing on her son. She asks Naira to teach a lesson to Kairav so that he never repeats such mistake of risking others’ lives. She tells that once such mistake happens, they would be losing Kairav as well. Naira understands that the matter is too serious. She wants Kairav to know that if someone dies, then he can never apologize and fill back life in the dead person.

She tells Kairav that he will also land up in jail if he shoots someone down. She hates guns which is just a symbol of violence for her. She tells that she will not tolerate such mistake that he plays with real guns. She reprimands Kairav in anger. She goes hyper and shouts a lot on him, leaving him scared. Kartik and the family reach the scene and find both Naira and Gayu yelling on Kairav. Naira doesn’t care for Kairav’s fear.

She just thinks of the dire consequences. She can’t leave Kairav for making such a disastrous mistake. Kartik asks Naira not to scare Kairav and let him go. He wants to explain Kairav with love. He takes Kairav’s side just to end his fears, so that Kairav trusts them for support and never hides such things again. Kartik tells Naira that he was also scared on knowing the matter, but they can’t scold Kairav to make him distant from them.

Kartik consoles Naira. He handles the situation maturely. He tells her that they have to keep Kairav’s faith in them and guide him the right path. Meanwhile, Gayu, Manish and Dadi get a chance to blame Naira for not focussing on Kairav’s upbringing. Gayu doesn’t want problems for Vansh because of Kairav. She gets into an argument with Dadi. Manish also blames Naira for losing Kairav’s faith. He wants Kartik and Naira to leave Krishna and focus their attention on Kairav. He tells that Kartik isn’t understanding Naira’s negligence towards Kairav.

Naira becomes the target of everyone. Naira wants to become a good mother. She feels lost as Kairav’s mother. Kairav begins to hate her, since she didn’t keep her promise of not scolding him after knowing his mistake. Kartik wants Naira to speak to Kairav and get his faith back. Kairav comes into Vansh’s words again. He doesn’t want to trouble the family again, but Vansh convinces him to fulfill another challenge to become a cool boy. Vansh ends up getting hurt while Gayu blames Kairav for the accident.

Reviewed Rating for this particular episode Yeh Rishta Vansh accident 19th November 2020 Written Update: 5/5This rating is solely based on the opinion of the writer. You may post your own take on the show in the comment section below.