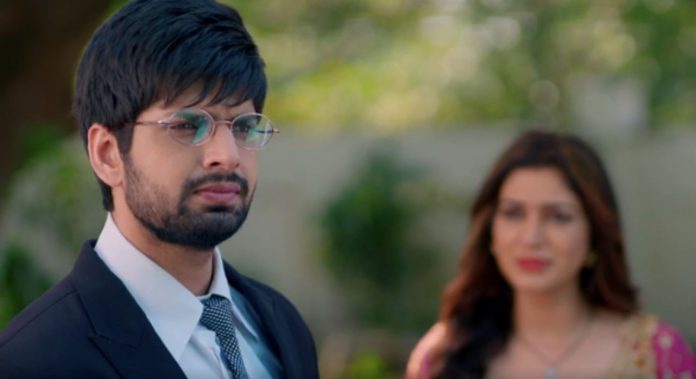 Choti Sardarni 20th November 2020 Written Update Sarab’s shocking decision Manav was trying to change his decision of divorcing Aditi for Seema’s sake. He was thinking to take Karan with him and raise him, by keeping his marriage intact with Aditi. He tells that Sarabjeet made a big mistake this time to threaten him. He has never lived his life by getting under someone’s pressure. He reminds Sarabjeet that its his big mistake for which he will pay now.

He wants to answer Sarabjeet in his language. He tells that he doesn’t want to keep any terms with Sarabjeet or his sister Aditi. He ends his relation with Aditi. He tells that he will be divorcing Aditi now and just fight for Karan’s custody. He doesn’t want to give any chance to Meher and Sarabjeet now. Aditi overhears their conversation. She confronts Vikram for his decision to leave her. She asks if he has an affair with someone.

Aditi tells him that she can’t live separated, because she loves him. She commits suicide in front of them. She tells Vikram that everything is over for her. Sarabjeet and Meher get a huge shock, along with Manav. They didn’t expect Aditi to take such a wrong step in dejection. Sarabjeet can’t lose his sister. Aditi sheds tears. They get worried for her life. Meher stops the blood flow and quickly calls a doctor for Aditi. Sarabjeet wants Vikram to change his decision.

Manav is scared for Aditi. Harleen and Robby find Aditi in a bad state. Sarabjeet tells that Aditi attempted suicide. Harleen loses her cool on Vikram. Manav wants Aditi to get fine. Aditi doesn’t want to live. Sarabjeet blesses his sister to get his age as well. Aditi asks Vikram to stop lying to her and go to his lover. She wants Meher to find Vikram’s lover. Vikram tells that there is no one in his life. He wants Aditi to believe her. Harleen hurts Vikram in anger. She wants to know who is his lover, who is responsible for Aditi’s destruction.

She tells Vikram that he should be ashamed. She didn’t imagine that he can fall to low level and leave his wife for another woman. Sarabjeet stops Harleen from questioning Vikram, since it can bring out Meher’s name. Harleen tells that she will get Vikram arrested for provoking Aditi for suicide. Sarabjeet tries to calm down Harleen. Meher is worried seeing the events. Sarabjeet wants to attend Aditi first. He asks Harleen to think of family respect and sort the issue in the family itself.

He wants Harleen to understand that they shouldn’t handle the matter in rage. Doctor attends Aditi. Aditi’s life gets saved. Harleen cries for her sister. Sarabjeet wants to give away Karan’s custody to Vikram in order to save Aditi’s marriage. He gets ready to give Karan to Vikram. He doesn’t want Aditi to hurt herself again. He promises to sort out Aditi’s problem. He seeks Meher’s support in the tough decision. Vikram feels sorry for Aditi. Robby follows them to know the secret talks.

Kulwant follows Amrita to know about the person meeting Amrita secretly and taking the gold chain. She wants to catch Amrita red-handed. Robby enters the room with an excuse to keep a phone to record Sarabjeet and Vikram’s conversation. He wants to know what is the secret. Manav tells Sarabjeet that he was accused by Harleen for Aditi’s suicide attempt, but he isn’t responsible alone. He tells that Meher and Sarabjeet are also responsible for Aditi’s state. He tells that Harleen accused him to be of bad character just because of them. He tells that his fate has always challenged him.

He doesn’t think it was his mistake that he fell in love with Meher. He tells Sarabjeet that it wasn’t his mistake that Kulwant stabbed him, it was not his fault that he lost his memory and married Aditi. He asks them why are they punishing him by snatching his son. He wants to know if he will always be ill-fated. Meher tells that fate isn’t testing him alone, but also Sarabjeet and her. She tells Manav that if she didn’t get married to a noble man like Sarabjeet and married someone who didn’t accept her with her baby, then she would be in helpless state. She tells that Sarabjeet has done everything for Karan.

Sarabjeet tells Vikram that he always loved Karan since he got to know that Karan is in Meher’s womb, he didn’t think that Karan is someone else’s child, just like Meher loved Param as her own son, he has also become Karan’s father and accepted him heartily. He tells that he has spent every moment with Karan and felt the happiness of a father. He can’t give away his son to anyone. Manav asks him to understand his emotions, he didn’t feel any happiness in his life, because of the emptiness without Karan.

Sarabjeet asks Vikram what will he do by taking Karan. Manav tells that he has no one in his life, he will give every happiness to Karan. Sarabjeet tells that he can also give happiness and world’s luxuries to Karan. Manav tells that Karan will have the surname of his real father. He tells that truth is Karan is his blood, his son. Both the fathers have an argument for the son. Sarabjeet decides to give Karan to him. Manav gets happy to get his son from Meher and Sarabjeet, finally. Who do you think deserves Karan? Keep reading.

Reviewed Rating for this particular episode Choti Sardarni 20th November 2020 Written Update Shocking twist: 3/5 This rating is solely based on the opinion of the writer. You may post your own take on the show in the comment section below.