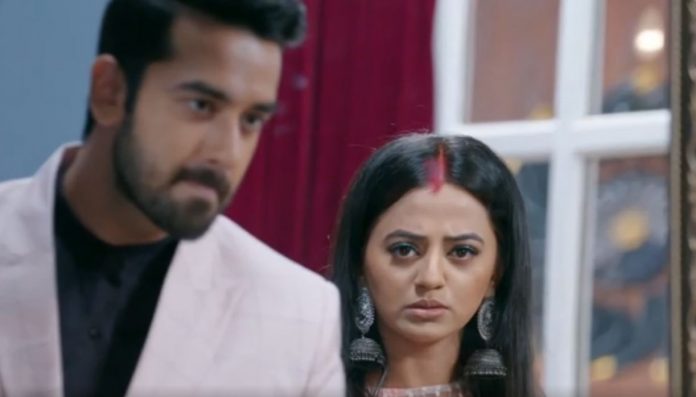 Ishq Mein Marjawan 21st November 2020 Written Update Kabir’s challenge After Riddhima meets Vihaan and returns home with a plan on her mind, she comes across Kabir. Riddhima thinks Vihaan is her Vansh. Vihaan tells that he knows her, since he saved her from the goons. Riddhima can’t believe that he is Vansh’s lookalike. She checks his place to know his truth. He acts innocent in front of her. He had already seen her coming and hid the pictures of Vansh’s family from her.

Riddhima thinks Vihaan is her Vansh. Vihaan tells that he knows her, since he saved her from the goons. Riddhima can’t believe that he is Vansh’s lookalike. She checks his place to know his truth. He acts innocent in front of her. He had already seen her coming and hid the pictures of Vansh’s family from her. He asks her how did she enter his house without his permission. Riddhima observes his behavior and finds him similar to Vansh when he reacts on her coming. He asks her if she has come to thank him. He tells her that he saved her life, she should better pay him.

He asks her not to waste his time, which is quite expensive. He finds her a rich lady. He charges her for saving her life. He asks her to just speak up. She stays mute. He tells her that he can’t waste his time, he has to earn money to save for his future. She doesn’t understand anything. She thinks to better leave from there. She sees Vansh in him. He doesn’t rush. He wants to keep an eye on her next move.

Riddhima is shocked that Vihaan resembles Vansh so much. Kabir welcomes her with the kumkum/sindoor in is hand. Kabir intentionally drops it over her. Riddhima doesn’t want him to cross limits. She hates him after knowing his entire truth. She has zero feelings for him. She wants to defeat him and protect Vansh’s family. She loses her cool when he tries to fill colour in her life.

Riddhima angrily takes a step that puts her in trouble. She slaps Kabir, knowing that he will not be quiet afterwards. She is aware of his madness, that he can’t even tolerate anyone’s misbehavior and humiliating gestures. She still dares to slap him and hurts his ego. Kabir didn’t expect her to dare so, when he already told her that she is in a helpless state now. He rages at her behavior. Dadi and Anupriya watch their argument. He lies that he was going to the temple. Kabir apologizes to Riddhima in front of Dadi. Riddhima asks him to mind his actions and not cross his limits.

Ishani insults Kabir. She feels Riddhima did the right thing to slap him. Dadi apologizes to him on Riddhima’s behalf. She tells that Riddhima is frustrated in her life and vent her anger on him. Kabir acts understanding. Anupriya knows he will never forgive Riddhima for this. He realizes that she has changed in a day, as if she got a magic wand in her hand to tackle him. He wants to know how did she get her old courage and confidence back. He tells her that she will be paying for the slap by sacrificing her life.

He takes a challenge to marry her. He hints her by filling her hairline with the sindoor. He tells her that he will be marrying her and make her his wife, then nothing will be left entitled to Vansh. Riddhima asks him to leave from her room. He tells her that red colour signifies marriage. Riddhima shatters the mirror. He tells her that its a good deed to marry a widow. She warns him against thinking such a thing. She tells that she will always be Vansh’s wife. He rejects her. He reminds her that she promised to marry him, she promised her love to him. She tells that his truth has changed everything between them, the time and relations have changed. He asks her to change once again and accept him in life.

He proposes her for marriage. He asks her to keep loving Vansh, he will permit her to cry for Vansh and have Vansh’s memories in her heart. She accepts that he doesn’t love her, he just wants to win her to satisfy his ego. She criticizes him. He tells her that he will compel her to agree for the marriage. Riddhima refuses to him. He clears her misunderstanding that he doesn’t love her, else he could have got her anytime he wanted. He tells that he wants to marry her just to get the family’s support, so that no one opposes him and he takes Vansh’s place.

He threatens her that he can harm Ishani and her baby, Dadi, Chanchal and others. He tells her that if she refuses, then the family will lose their lives. She asks him to do anything he wants. She threatens to slap him again. He asks her to control her anger, else the another slap will cost her life. He asks her to try hard, but she will herself give her nod for their marriage. She falls in a big fix. She wants to bring Vihaan home as Vansh to stop Kabir from dominating her life and family.

Reviewed Rating for this particular episode Ishq Mein Marjawan 21st November 2020 Written Update Kabir’s challenge: 4/5 This rating is solely based on the opinion of the writer. You may post your own take on the show in the comment section below.