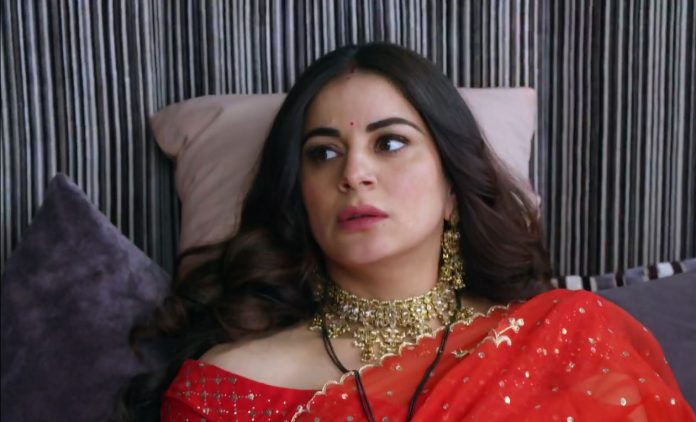 Kundali Bhagya 24th November 2020 Written Update Sarla is arrested Sameer waits for Shrishti. She comes to meet him and asks for Preeta. He tells her that Preeta isn’t fine. She tells that she was waiting for her. She asks him to take her to Preeta. Rishabh tells Sherlyn that Sarla can’t be accused this way. He wants Sherlyn to take rest instead reacting in a negative way. Karan tells them that he doesn’t believe that Sarla had added the poison in the laddoos. He tells that he doesn’t believe Sherlyn’s pregnancy as well, since she didn’t tell anything to the family before.

Karan and Rishabh doubt Sherlyn’s pregnancy. Sherlyn gets accused. She tells the family that Rishabh isn’t happy to know about her pregnancy, just Preeta and her family are important for him. He asks her to stop the argument. Mahira asks Rishabh to know that Sherlyn is hurt and he should talk to her well. Rishabh asks her not to make the little issue a big one for no reason. He doesn’t want to prove to anyone that he has concern for his wife.

Sherlyn asks Bani why didn’t she tell anything in her favor. Bani tells that Sarla can never try to harm the family heir. Kareena supports Sherlyn. She asks Mahira and Kritika to take care of Sherlyn. Preeta meets Shrishti and is glad to see her. She wants to know if Sarla has come. Shrishti tells that she had lied to Sarla so that she doesn’t take stress. She wants Preeta to get fine. Sameer tells that he asked Shrishti not to tell anything to Sarla.

Preeta thanks him. Sameer tells that Preeta isn’t eating anything because of her fast. He asks her to convince Preeta to have food. Shrishti supports Preeta who kept the Karwachauth fast for Karan. Sameer tells that Preeta’s state isn’t good, she has been poisoned, she has to eat food and break the fast so that she feels better. Shrishti is shocked to know about the poisoning. She asks him who could poison Preeta’s food. She suspects Mahira and Sherlyn. She tells that Mahira is such an evil soul. Sameer asks Preeta to recollect.

Moreover, Kareena argues with Bani over trusting Sarla. Bani tells that Sarla can never harm an unborn baby. Kareena tells that they have trusted Preeta blindly and faced the problems. She asks Bani to not trust Sarla. Mahira asks Bani to call Sarla and confront her, since Sarla maybe taking revenge on Sherlyn. She insults Sarla further. Bani doesn’t want Mahira to accuse Sarla. Kritika tells them that Sherlyn isn’t at home. They wonder where did Sherlyn go.

Mahira knows Sherlyn has gone to Sarla’s house to get her arrested. Sarla and Janki are shocked to see Sherlyn with the police. Sherlyn insults them. She asks the cops to arrest Sarla for attempting to kill her baby. Janki doesn’t want them to arrest Sarla. Sarla wants to know why did the police come, what’s her crime. The inspector tells about Sherlyn’s complaint. Sarla is innocent. Inspector assures Sarla for attempting to kill Sherlyn’s baby in womb. Sarla is shocked with the accusation.

She tells the inspector that Sherlyn is lying. Inspector tells that Sherlyn was poisoned by the laddoos Sarla gave at the Luthra house. Sarla defends herself. She tells that she went to give Sargi to her daughter. Inspector doesn’t believe her. Janki asks Inspector not to believe a liar like Sherlyn. Sarla gets arrested. Janki doesn’t know what to do to save Sarla. Preeta feels restless. She wants to speak to Sarla once. Karan finds Preeta falling weak.

He asks Shrishti to feed something to Preeta. Shrishti tries to convince Preeta. Preeta tells that she wants to get blessings for Karan. She wants their relation to turn more strong. She refuses to break her fast. Sherlyn tells Mahira that they will teach a big lesson to Sarla and Preeta. Karan takes care of Preeta.

Reviewed Rating for this particular episode Kundali Bhagya 24th November 2020 Written Update Sarla is arrested: 4/5 This rating is solely based on the opinion of the writer. You may post your own take on the show in the comment section below.