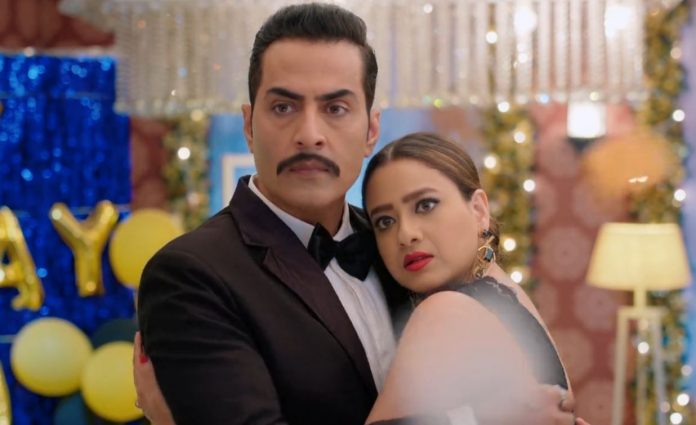 Anupama 24th November 2020 Written Update Unexpected shock for Vanraj Vanraj plans a romantic surprise for Kavya. Rakhi plans to have dinner in the resort’s dining area. She tells that she has booked a dining section for them. Kinjal asks Samar to confess love to Nandini. Samar agrees to Rakhi’s idea just to get a chance. Anupama tells Rakhi that Hasmukh will need his medicines and sleep on time. She doesn’t want to be careless towards him.

Hasmukh tells that he can adjust for a day. The entire family wants to celebrate that they are together. Rakhi wants to shock them with Vanraj’s truth. Anupama plans to enjoy the party where she will have no work to do. Vanraj surprises Kavya with a beautiful dress. Kavya gets decked up for him. Vanraj compliments her stunning look. They spend romantic time. He tells her that they shall go out for a walk. She tells that they will celebrate in the room itself.

He plans to surprise her. He takes Kavya and stuns her with a romantic surprise for her birthday. Rakhi feels she is too smart, Vanraj will never know her plans to expose him. Kavya happily cries seeing Vanraj’s love for her. Vanraj wants to make up for his mistakes to hurt Kavya. He apologizes to her for forgetting her happiness. She tells that she has forgotten the old complains. Rakhi keeps a watch at them. She tells that Kavya got the surprise and now its a chance to shock Vanraj. Kinjal plays a cupid for Samar and Nandini.

She sends them to the pool side. Rakhi asks Baa and Hasmukh not to leave and just enjoy. She tells that the night will be much memorable. She wants to take them to show Vanraj’s live romance with Kavya. Anupama suspects Kavya’s presence there, but doesn’t see Vanraj and Kavya. She asks for Samar. Kinjal and Pakhi cover up for Samar’s absence. Samar plans a romantic surprise for Nandini. He plans a love confession which leaves Nandini shocked. Samar tells her that he loves her a lot and wants her reply. He wants to know her feelings. Nandini is taken aback.

She doesn’t know what to react. She takes time to reply him. She doesn’t accept his love. She tells him that they shall talk later and goes away from the poolside. Samar is left alone with tears in eyes. Baa asks Rakhi if she has any particular motive behind the dinner. Rakhi indeed has a plan on her mind. Nandini appears shocked to the family. Kinjal wants to know the result of Samar’s confession. Samar’s upset faces makes it clear that Nandini didn’t say yes.

Rakhi likes the outcome of their love story. Vanraj and Kavya make a wish. Kavya wants to marry Vanraj. Anupama gets her wish balloon. She is super shocked to know about Vanraj’s presence in the same resort. Vanraj sings a birthday song for Kavya. It gets noticed by his entire family. Rakhi wants to expose his truth. She tells them that its Vanraj’s voice echoing from the next section. Vanraj wishes Kavya and expresses love to her once again. He proposes Kavya for marriage and gifts her a ring.

Anupama freezes with the thought that Baa and Hasmukh will receive a huge shock. Vanraj and Kavya’s romantic love confession gets seen by his entire family. Kavya thanks Vanraj for making her birthday the best ever. Rakhi shocks Vanraj and Kavya. She brings Anupama and entire family there to show Vanraj’s disgraceful affair. The family can’t believe Vanraj’s cheat. Rakhi gets a golden chance to break Paritosh and Kinjal’s alliance.

The family rebukes Vanraj for his extra-marital affair. They didn’t imagine that he would take such a step and cheat Anupama. Vanraj’s parents support Anupama and reprimand him a lot. Rakhi does the unthinkable to break the alliance with lots of humiliation for Vanraj Shah. What would Anupama do to protect her son’s future? Keep reading.

Reviewed Rating for this particular episode Anupama 24th November 2020 Written Update Unexpected shock for Vanraj: 5/5 This rating is solely based on the opinion of the writer. You may post your own take on the show in the comment section below.