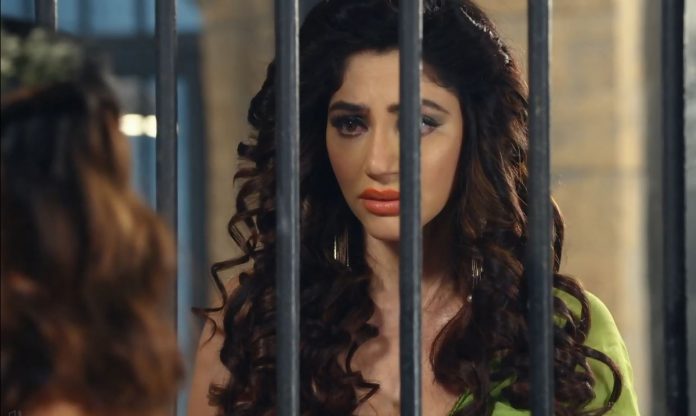 Kumkum Bhagya 25th November 2020 Written Update Aaliya peak hatred Pragya and Abhi will be uniting with their daughters, but not so soon. The truth gets known to Prachi as well. Ranbir and Prachi have a talk on the phone. Prachi tells him that Pragya was crying on the call. Pragya’s cry makes Prachi worry. He tells her that Pragya is very strong, she will not cry for any small reason, maybe there is some problem, but she will handle. He thinks the matter is related to Rhea.

Abhi wants to know why Aaliya’s hatred for Pragya didn’t change in years. He reprimands Aaliya and her motives. Mitali tries to mislead Abhi about Aaliya. Abhi tells her that he has heard everything by Aaliya herself. Mitali tells that Aaliya loves Rhea a lot, but she has a problem with Rhea. She blames Pragya for hurting Rhea and getting her arrested. She tells that Prachi and Rhea can’t stay together like family.

Aaliya lies to Abhi that she hates Pragya, who took revenge on Rhea just to hurt her. Abhi tells her that Meera isn’t at home. He asks her to go to Rhea and be with her. Aaliya thanks Mitali for covering up and saving her from Abhi’s anger. Mitali tells that she had seen Abhi and then changed her words. Aaliya asks her to control her happiness. Aaliya wants to go to Rhea before Pragya reaches the police station.

Mitali suggests her to keep Pragya away from Rhea. Aaliya tells that she can use her brain. Mitali feels she is more smart than Aaliya. Aaliya fumes on her for showing her favor again and again. Mitali is helping her so that Pragya doesn’t come home. Aaliya leaves from home. Pragya reaches the police station to meet Rhea. She wants to withdraw the FIR. Pragya meets the inspector. Abhi also goes to the police station to meet Rhea. He wants to know the truth if Aaliya is behind the FIR and framed Pragya. He wants to follow his heart. He knows Pragya loves Rhea a lot.

Pragya meets Rhea. She tells Rhea that she doesn’t want anyone to come between them. She gets Prachi along. She tells that she has told the entire truth to Prachi. She tells that Prachi has given the statement that Rhea didn’t try to kill her. Prachi accepts Rhea as her sister. Prachi tells that even Pragya gave her statement in Rhea’s favor. Rhea is freed from the police. She unites with Pragya and Prachi. Pragya hugs her and asks her to be relieved that she is free. She wants Prachi and Rhea to accept each other.

Prachi hugs Rhea happily. Rhea is overwhelmed that Prachi is loving her. They both apologize to each other. Pragya is happy to see her daughters together. Aaliya can’t tolerate this sight. She stops Rhea from meeting Pragya. She asks Rhea not to be with Pragya. Rhea tells that Pragya is her mother, she is the most important person in her life. Aaliya reminds her that Pragya left her for Prachi’s sake. Rhea tells that Pragya has come back and even Prachi has accepted her. Rhea wants to give respect to Pragya and Prachi.

She stops Aaliya from speaking against them. Pragya answers Aaliya. She doesn’t want Aaliya to come between them. She tells that Rhea won’t get manipulated now. Aaliya is shocked by this shocking dream. She can’t let her dream turn true. Pragya happens to reach the other police station. She doesn’t find Rhea there. She goes to other area station. Aaliya finds Pragya stuck in the traffic. She doesn’t want Pragya to meet Rhea and clear the misunderstanding. She wants to meet Rhea first. She commits Pragya’s accident to get her away from her sight. Pragya gets hurt. Aaliya rushes her way to Rhea. Prachi is worried for Pragya. Pragya gets hurt.

She doesn’t get any aid. She wants to go to police station first. Aaliya meets Rhea. Rhea asks her to go and help Pragya in handling the inspector. Aaliya tells that Pragya didn’t come, she doesn’t love her. Rhea tells that Pragya loved her a lot and expressed her emotions. Rhea is shocked to know that Pragya had broken her hope. Aaliya fills poison in her mind against Pragya and Prachi. Rhea can’t believe that Pragya played a big game with her. She doesn’t want to meet Pragya again. She shatters down. Aaliya feels she has won. Pragya reaches there to meet Rhea. She tells that she didn’t file the complaint against Rhea.

She explains that its a lie, she didn’t come to file the FIR. She tries to clear the confusion. The inspector asks her to get her other daughter to give statement in favor of Rhea. Pragya tells that she will get Prachi. She wants to meet Rhea once. She learns that someone has already come to meet Rhea. Pragya doesn’t know about Aaliya’s presence. She goes home to tell Prachi about Rhea. Prachi is against arrogant and ill-tempered Rhea. Pragya reveals the truth that Rhea is Prachi’s sister. On the other side, Ranbir reveals to his family that he got engaged to Prachi. It gets shocking for Kohli family.

Reviewed Rating for this particular episode Kumkum Bhagya 25th November 2020 Written Update Aaliya peak hatred: 2/5 This rating is solely based on the opinion of the writer. You may post your own take on the show in the comment section below.