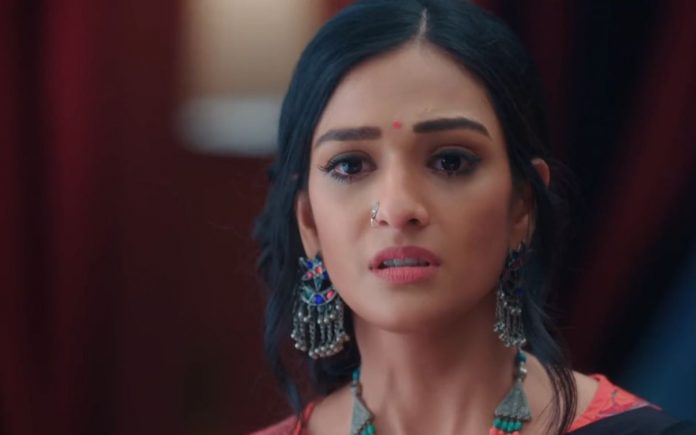 Yeh Hai Chahatein 24th November 2020 Written Update Mahima suicide move Mahima pleads to Rudraksh and Prisha to get her son Saransh back. Rudraksh tells Mahima that he can’t give her Saransh back, who is Rajeev’s last sign for him. He loves Saransh a lot. He can’t give away Saransh to Mahima. He tells Mahima that Prisha and he are Saransh’s parents, she can’t come any time to take Saransh away for her selfish motive. Mahima tells him that she is asking for justice.

She wants to give much love to Saransh. She asks them not to do injustice by snatching Saransh. Rudraksh tells her that Saransh is their world, they can never part ways with him. Rudraksh asks her to stay with them to be with Saransh. Ahana overhears this. She doesn’t want Prisha and her entire family to shift to Khurana house. She tries to use Saransh in her plan. She asks Saransh to just go out and get a good news. Saransh finds her strange when she discloses that Mahima is his real mother. He doesn’t believe her. He goes to ask Prisha.

She doesn’t want to beg them further. She wants to take the matter to the court. She tells that Saransh is her son. Saransh overhears the harsh truth. He shouts on Mahima for snatching him from Prisha. He refuses to believe Mahima. He wants to be with Prisha. He asks Prisha to say the truth. Prisha reveals that Mahima is his biological mother. Saransh tells that Ahana told him the truth. Rudraksh and Prisha didn’t expect Ahana to play with Saransh’s emotions. Saransh feels cheated when Prisha tells him the entire truth. He asks the reason for the lie.

Prisha tells him that she had raised him after Mahima left them. She asks him to feel lucky to get two mothers. Rudraksh tells that Prisha is saying the truth. He gets hurt that everyone lied to him. Saransh runs away from them. Ahana and Mishka like the drama. Saransh goes missing. Rudraksh and Prisha try to find him everywhere. They return home and try to take police help. Rudraksh reprimands Ahana for deciding to tell the truth to Saransh.

He holds her responsible for Saransh’s disappearance. He tells that Saransh is his son, he will decide about him. He wants Ahana to leave, without angering him more. Yuvraj doesn’t know about the family drama. He feels lost. He wanted Mahima to support him, but he got tricked. He feels he got a lottery. He gets to see Saransh running on the road. He follows Saransh to know the matter. He asks Saransh the reason for running away from the house.

Saransh tells about Prisha’s lie. He reveals that Mahima is his real mother. Yuvraj consoles him. He asks Saransh to feel lucky to have two mothers. He wants him to enjoy his life. He tells that he will take him home. Saransh refuses to meet Prisha. Yuvraj takes him home. Mahima finds Saransh happy with just Rudraksh and Prisha. She decides to make a sacrifice and get away from their lives. Mahima commits suicide much to the shock of her parents. She proves that she can’t imagine life without Saransh. What will Prisha do next? Will she give away Saransh to Mahima? Keep reading.

Reviewed Rating for this particular episode Yeh Hai Chahatein 24th November 2020 Written Update Mahima suicide move: 4/5 This rating is solely based on the opinion of the writer. You may post your own take on the show in the comment section below.