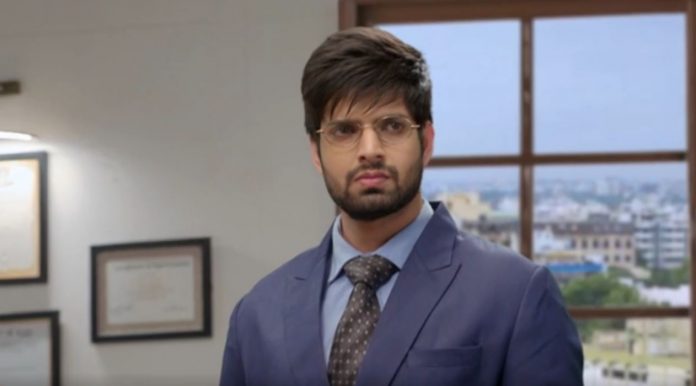 Choti Sardarni 28th November 2020 Written Update Manav leap of faith Sarabjeeet invites Vikram for Karan’s ritual. Manav and Aditi have an online dinner. He tells that he has to take an urgent call. He gets Sarabjeet’s video. He gets the invite. He feels happy seeing Karan. He tells that Karan’s DNA report will come tomorrow and then he will take his son forever. He waits for the morning. Meher and Sarabjeet take Karan and Param to the Gurudwara. They want to pray for their sons’ welfare. Param tells that Karan will get many blessings on the festive day.

Kulwant and her sons meet Meher and Sarabjeet there. Kulwant prays that her relation with Meher gets good like before. Meher wants Amrita to tell Kulwant that she will start her coaching centre. The family celebrates Gurpurab together. Kulwant and her family make prayers. Harleen and Robby also join. Sarabjeet and Meher like the tea a lot. Param asks them to serve people on the auspicious day. He asks them what will Karan do. Sarabjeet tells that Karan will also get at service.

Sarabjeet and Meher also get at service to help distribute the tea and sweets. Meher sends Amrita to talk to Kulwant. Amrita tells Kulwant that she wants to help her family by a good way. Kulwant wants to know what is Amrita planning to sell this time. Amrita wants her to hear out once.

Kulwant asks her not to help anyone and just think of own family. Manav reaches the Gurudwara. He meets Sarabjeet’s family. Kulwant wants to know what is going on. She knows that Manav has confessed the truth to Sarabjeet. Sarabjeet wishes Manav for Karan’s first festive. He asks Manav to feed his son. He gives Manav his rights on Karan. Manav is glad. Sarabjeet and Manav together care for Karan. Meher suspects Manav is planning something. Manav feels bad to see Karan’s wound. He apologizes to Karan for giving him pain. He promises to protect Karan from now. He likes Sarabjeet’s goodness. He is thankful.

He tells that their battle is for rights on their son. Sarabjeet tells that they have to see a lot in their battle, they have to see Karan’s betterment. They know that its their different perception and thinking. Sarabjeet tells that one has to keep right thinking. Karan cries a lot. Sarabjeet makes Manav hand over Karan to Meher. He wishes Manav on the festive. Manav gets a good news that the DNA results have come. He gets happy to receive the reports. He checks the reports. He sees Harleen alone. He thinks to seek her help by revealing her the truth.

Manav gets happy that he will soon get his son. He goes to meet Harleen, but Aditi hinders his way. Aditi surprises him. She tells him that she has come to meet him and surprise him on their first Gurpurab. Manav and Aditi make prayers together. Manav tries hard to reach Harleen. He finally reaches her and tries to tell her about Karan. Will Manav succeed in his plan? Keep reading.

Reviewed Rating for this particular episode Choti Sardarni 28th November 2020 Written Update Manav leap of faith: 3/5 This rating is solely based on the opinion of the writer. You may post your own take on the show in the comment section below.