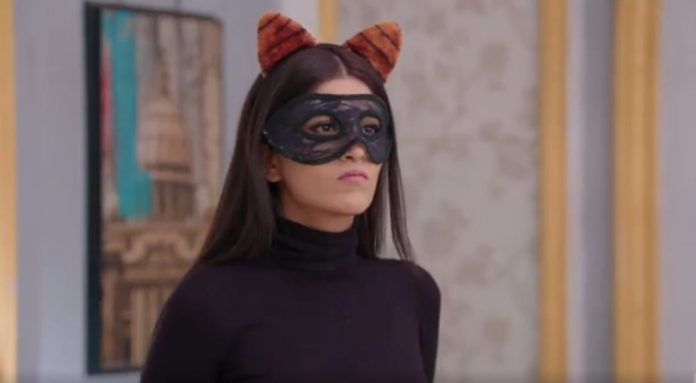 Choti Sardarni Shakti 30th November 2020 Update Upcoming twists Manav manipulates Harleen. Sarabjeet and Meher have a funny moment when he gets a gift for her which turns into something odd. Manav tells that he has got the DNA report. He sends the reports to Harleen. He tells that once Harleen checks the reports, then she will be knowing the entire truth. He is sure that Harleen will give away Karan to him to save her family respect and Sarabjeet’s reputation.

He knows that she is very protective about Sarabjeet. He targets Harleen for his motive to get Karan’s custody. He tells that Harleen is the one who will be taking his next plan ahead. He has his hopes pinned on Harleen. What will Harleen do on knowing the truth that Karan is Manav’s son? Check this space for a detailed update coming soon.

Heer will be winning in the conditions when Rohan decides to support her. Rohan tells Heer that he is ready to marry Simran to save her from the defamation. He tells that its his decision and its final. Preeto and Harak are happy that Rohan is taking the decision to secure Heer’s future in Virat’s family. Rohan and Simran’s marriage preparations begin in full swing. Heer gets appreciated for convincing Rohan and saving Simran’s life.

Reviewed Rating for this particular episode Choti Sardarni 30th November 2020 Update Upcoming: 2/5 This rating is solely based on the opinion of the writer. You may post your own take on the show in the comment section below.

Parmeet tells Heer that she is grateful to her. Simran is also happy that her family isn’t aborting her child. Both the families have a union. They celebrate in Rohan and Simran’s Sangeet ceremony. The family members perform on the songs. Rohan and Simran appear happy. Parmeet is much shocked to see Heer as a kinner. She tells that her Bahu can’t be a kinner. Heer too is moved by the truth. She refuses to accept the truth. Will Heer’s truth get known? Keep reading for the most shocking twist in Shakti.

Reviewed Rating for this particular episode Shakti 30th November 2020 Update Upcoming: 4/5 This rating is solely based on the opinion of the writer. You may post your own take on the show in the comment section below.