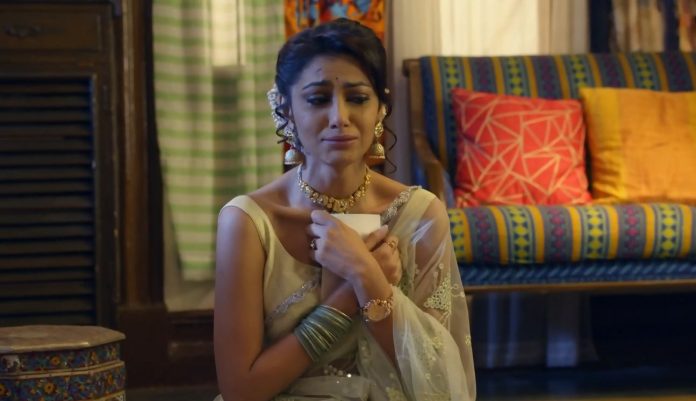 Kumkum Bhagya 1st December 2020 Written Update Pragya cries for Rhea Ranbir misses Prachi a lot. He loves Prachi and is ready to leave the house for her. He feels Prachi is his world. Aryan tells him that he has told everything to his family. He apologizes to Ranbir. Ranbir decides to leave the house when the family fails to understand him. Vikram pleads to Ranbir to not go anywhere. Pallavi gets angered. She tells Rambir that he has to leave the business and property as well. Ranbir tells that he isn’t greedy for anything.

She tells him that his love will not fill his stomach. She asks him to see if he can stay a life of poverty. He is ready to face any situation. She tells him that if Prachi is so important for him then he will not be able to return home. She asks him why id he leaving the family for Prachi’s sake. He tells that he is going to achieve his happiness in the form of Prachi, he has no reason to leave them. He wants them to accept Prachi.

Pallavi tells that she will never accept Prachi. She asks Ranbir not to expect her help once he goes out. She tells that they will forget him and not wish for his return. She ends ties with her son. She tells that she has loved her a son a lot, that he doesn’t value her love. Ranbir tells her that he knows she is hurt, he is sorry for that, but he can never forget Prachi.

He doesn’t want anything from them. He tells them that he will get Prachi home to get their blessings. Pallavi asks him not to come, else she will curse Prachi. Ranbir promises to never come back home. He is also rigid like Pallavi. Pallavi breaks down seeing Ranbir leave the house. She gets a heart attack. Vikram and Dida ask Ranbir to come back for Pallavi’s sake. Ranbir runs back home for Pallavi’s sake. They end their fight. Pallavi asks Ranbir not to leave her again. Ranbir refuses to go anywhere. Pallavi falls unconscious. Rhea wants to be alone.

Meera meets her to know what is the problem that Rhea is distancing Pragya. Rhea feels its her destiny to stay without Pragya’s love. Meera tells that Pragya is a nice person. Rhea doesn’t think so. She tells that Pragya had filed a complaint against her, her concern is fake. Rhea tells that she doesn’t have a mother. Meera tells Rhea that she loved her like a mother. She tells that she was hired to look after Rhea, she has worked for Rhea’s sake, not for money. She asks Rhea to keep faith. Rhea hugs her. Pragya and Prachi return home with upset faces.

Sarita wants to know the problem. Pragya locks herself in the room. Sarita wants Prachi to reveal the matter so that they can find a solution. Prachi learns that Ranbir has been calling her since a long time. Prachi calls back Ranbir. He doesn’t answer. Sarita prays that everything goes fine. Ranbir and Vikram take Pallavi to the hospital.

Ranbir looks after his mum, while Meera looks after Rhea. Rhea tells Meera that she needs Pragya and her love, she doesn’t want to fall weak. Aaliya asks Rhea to face the reality, she doesn’t need her mother. Meera defends Rhea’s emotions. Aaliya tells that Rhea shouldn’t believe Pragya. Rhea doesn’t listen to anyone. Aaliya wants Rhea to accept the truth. Meera tells that Rhea can harm herself in anger. Aaliya goes after Rhea.

Abhi calls up Pragya and Prachi. Sarita asks Prachi to talk to Abhi with a daughter’s right this time. Prachi gets late in answering his call. He rushes to see Rhea. Aaliya tells that Rhea is disturbed. Abhi wants to know where is Rhea going. Ranbir gets emotionally shaken that Pallavi got a heart attack because of him. Ranbir misses Pallavi. Sarita wants Prachi to talk to Abhi and just reveal the entire truth about Rhea. Pragya cries for Rhea.

Reviewed Rating for this particular episode Kumkum Bhagya 1st December 2020 Written Update Pragya cries for Rhea: 4/5 This rating is solely based on the opinion of the writer. You may post your own take on the show in the comment section below.