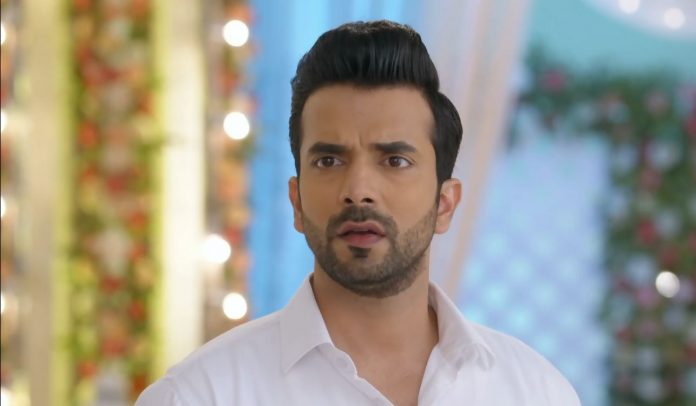 Kundali Bhagya 30th November 2020 Written Update Rishabh commands Sherlyn Sherlyn and Mahira confess their crimes in front of Preeta to break her heart and hurt her. They are happy to see Preeta crying for Sarla. Preeta shows her strength and slaps Mahira. Sherlyn gets scared seeing her anger. Shrishti meets Sarla at the police station. She assures that she will take her out soon. Janki also meets Sarla. Sarla didn’t wish Janki to tell the truth to Preeta. Janki tells that she had gone to Luthra house to meet Sherlyn and scold her.

Sarla tells that they shouldn’t tell Preeta about their problems and trouble her more. She wants Preeta to stay happy in her in-laws. Sarla tells them that Preeta would be rebuking Mahira at Luthra house and also not spare Sherlyn. Preeta pities Sherlyn who isn’t a good mother. She tells that Sherlyn has risked her baby to hurt her. She finds Mahira’s mom Ramona an evil woman to harm Sherlyn’s baby in her plan. Mahira wants Preeta to break her Karwachauth fast.

Preeta tells them that she will never break her fast, which she had kept with total devotion. She gives an advice to Mahira and Sherlyn. Ramona meets the Luthra family. She finds out why aren’t they celebrating Karwachauth. Kareena reveals her about Sarla’s plan to harm Sherlyn’s baby. Ramona insults Sarla. Rakhi defends Preeta and Sarla like always. Ramona wants to know if her daughter is okay. Rakhi tells that they didn’t miss the time to perform the puja. Sarla asks Shrishti and Janki not to go back to Luthra house.

She tells that Preeta should complete her Karwachauth fast in peace. Shrishti tells that the murder attempt blame is serious since Sherlyn has brought her unborn baby in between this time. She can’t believe that Sherlyn has turned so wicked. Sarla tells that Sherlyn is using her baby. Preeta tells Mahira that she kept Karwachauth fast for Karan last year and Karan was the one who broke her fast. She tells them that she has kept another fast this year being with Karan as his wife. She doesn’t think Mahira can cause any harm.

Rakhi calls them for the Karwachauth puja. Rishabh gets rude towards Sherlyn. He wants to know why did she cross her limits and trapped Sarla. Karan tells Rishabh that they should talk to Sherlyn. Rakhi is glad to see Preeta. She tells Preeta that she is really proud of Preeta who never forgets her relations and duties. She tells that its a big thing that Preeta stayed back for the puja despite the fact that Sarla is in the jail.

She asks Preeta to complete the fast. Rishabh tells Sherlyn that he is really sorry, since she has complains with him. He tells that she is wrong about him, he speaks and expresses a little, but he cares for his family a lot. Sherlyn is thankful to him. He tells her that he can’t tolerate that Sarla is in jail because of Sherlyn. He commands Sherlyn to withdraw the complaint. Will Sherlyn listen to Rishabh? Keep reading.

Reviewed Rating for this particular episode Kundali Bhagya 30th November 2020 Written Update Rishabh commands Sherlyn: 3/5 This rating is solely based on the opinion of the writer. You may post your own take on the show in the comment section below.