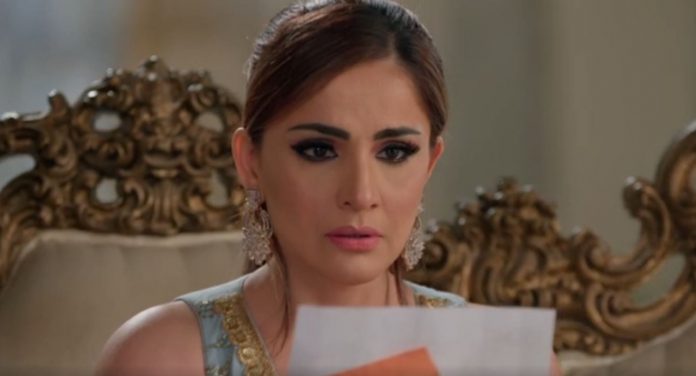 Choti Sardarni 1st December 2020 Written Update Meher challenges Kulwant Meher supports Amrita in her new venture to make a living. She wants Amrita to use her talents and become independent. She empowers Amrita to open a coaching class at home. Kulwant receives a shock when she returns home. She has already told Pathak that Amrita is her Bahu, who will never do any job, she has to just rule as the Sarpanch’s Bahu.

She tells that she will not let any of her Bahus work. She feels Amrita is going against her, since she didn’t even inform her about the coaching class. Amrita had tried to call her and inform her. Meher finds Kulwant creating a storm in the house. Kulwant removes the board and stops Amrita from conducting the classes. She gets into an argument with Meher, who wants the coaching classes to begin. Meher tells that she will be inaugurating the classes.

Reviewed Rating for this particular episode Choti Sardarni 1st December 2020 Written Update Harleen learns the truth: 3/5 This rating is solely based on the opinion of the writer. You may post your own take on the show in the comment section below.

Sarabjeet, Meher, Param and Karan spend good time together. They sing and dance. Sarabjeet tells Meher that he has arranged some students for Amrita’s tuition classes. Meher thanks him. She plans to send Param as well. She makes Param ready for the classes. Sarabjeet finds a moment to romance Meher. She tells him that she will drop Param to class and come. Sarabjeet tells her that he will wait for her return so that he takes love classes from her.

They get a moment of joy. On the other hand, Manav calls up Pathak to take his assistance in sending the reports to Harleen. He tells that he can’t wait further to get his son. He asks Pathak to make arrangements as soon as possible. Manav gets stuck at home when Aditi prepares the food for him. Seema doesn’t want Manav to go anywhere, leaving Aditi alone. Sarabjeet and Meher are seen celebrating Ishq Wala Love in their dreamy romance. Sarabjeet takes love classes from her. They get an eyelock. Param asks them to leave hands and come to drop him to the classes. Sarabjeet is happy that Meher is in his life.

Amrita gets the coaching classes board and awaits Kulwant for the inauguration. Kulwant reaches home. She gets to see the board. She loses her cool and rebukes Amrita for her daring move. Meher reaches in time to save Amrita’s efforts. Meher and Kulwant get into a heated argument because of Amrita’s coaching classes. Meher sends away Param and snatches the board from Kulwant. Kulwant asks Meher not to test her, she is her mother and will never bend down to her obstinacy. Amrita asks Meher to forget the matter and not go against Kulwant.

Meher doesn’t think Amrita is doing anything wrong. Kulwant gets stubborn to stop Meher. Meher tells that there is no problem when an educated woman wants to run coaching classes and earn a living. Kulwant tells that she will never give her permission to Amrita. Meher tells that she is equally stubborn like Kulwant, she will permit Amrita and support her. Amrita stops Meher from dragging the matter. Meher sits to protest against Kulwant. She wants to see how Kulwant stops the coaching classes. She challenges Kulwant.

Mayura decides to kill Omkar and put an end to his evil. Omkar feels helpless when she cages him. He gets freed from the cage. Mayura tells Omkar that the Goddess trident will kill his evil. She attacks him with the trident in an attempt to kill him. Omkar is taken aback by her move. Its totally unexpected by him.

Shanno reveals Heer’s identity truth to Tejinder. Tejinder can’t believe that Heer is a kinner. She realizes that Heer’s entire family has hidden this truth from them. She doesn’t know that Virat is aware of the truth or not. Shanno shouts that Harman’s daughter Heer is a kinner. Tejinder wants to go home and stop the celebrations of Simran’s marriage. She wants to reveal Heer’s truth to the family.