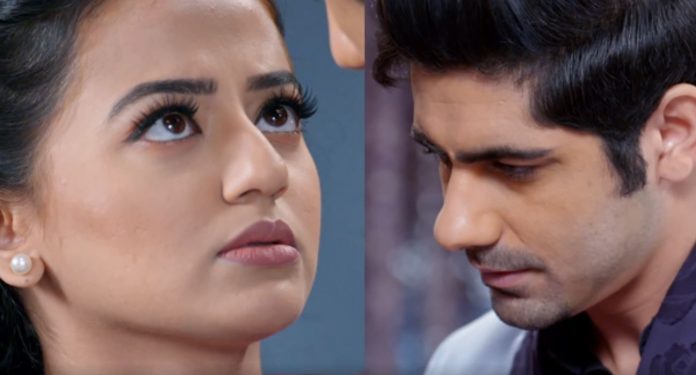 Ishq Mein Marjawan 2nd December 2020 Written Update Vihaan behaves really strange when he makes Riddhima leave the house. He gets so convincing in his role as Vansh that he confuses Riddhima for a while. Riddhima thinks of the possibility that Vansh is alive and he is playing a new game. Kabir also finds from his sources if there is a possibility for Vansh’s survival and return. He tells Anupriya that if the guy ruling the VR mansion isn’t Vansh, then he will not spare him. He rushes to confirm Vihaan’s identity.

Vihaan stays in Vansh’s character for long and wins his family. Riddhima gets to see him smirking. She realizes that Vihaan has used her to enter the house, he was aware that he resembles Vansh Rai Singhania and worked after gaining information to enter the family. She feels like a big fool to assist Vihaan in his plans and also hand over 50 lakhs to him. She doesn’t want Vihaan to outsmart her. She tells that if she can bring Vihaan home and make him take Vansh’s place, then she can even throw him out of the family by exposing his truth.

She has to decide whom to keep at home in present times, Kabir or Vihaan, both seem greedy for money and property. Vihaan declares that he will divorce Riddhima to punish her for the cheat. He wants to take away Riddhima’s happiness. He tells that he doesn’t want Riddhima’s name to be linked to him, since she has become just a trouble. He wants to get rid of Riddhima, who doesn’t deserve to stay in VR mansion.

Vihaan’s angry looks and reactions make Riddhima call him Vansh. Riddhima wants to find out about Vihaan, his background and his motives, if he just wants the money or something else. She learns her wicked intentions. She wants to teach him a lesson since he has made a big mistake by throwing her out of the house. Riddhima is in two minds, seeing her family threatened by Kabir and Vihaan. Vihaan tells that he has done something which she didn’t mention in her contract. He knows that she would be going mad in anger that he has outdone her. She lands in the outhouse. She tells that she has invited troubles for herself, she failed in her motive to oust Kabir as well.

She tells that Kabir and Vihaan are having a place in their family, while everyone has ousted her. She didn’t know Vihaan can cross his limits. Riddhima tries to find a way to counter Vihaan. Vihaan tells that Riddhima has no idea whom she got home. Does he mean that Riddhima got Vansh home? Is Vihaan really Vansh? Keep reading.

Dadi cries that Vansh and Riddhima’s marriage is breaking. She gets an attack. Vihaan gets to see Dadi in a terrible state. He gives her medicines and makes Dadi feel better. He asks her to control her diabetes and not be careless. She tells that his death news had already killed her. She wanted Vansh to return and is happy now that he is really back. She tells that she was so wrong. He asks her to look after her health for his sake. He wants to know if she could see Riddhima and Kabir’s marriage.

Vihaan feels someone is watching him. Ishani drops Riddhima to the outhouse. She insults Riddhima further. She asks Riddhima to thank Vansh for giving her a shelter. She punishes Riddhima and asks her to sign the divorce papers. She doesn’t trust Riddhima. She locks Riddhima. Riddhima regrets a lot that she trusted Vihaan. Vihaan meets Siya and tells her that he has come back to protect the family. He wants to know the culprit who attacked Siya. He promises to punish the evil doers.

Kabir keeps an eye on Vihaan. Vihaan tells that he knows that someone from the family is the attacker. He encourages Siya to be a fighter and return to the family. Kabir tries confirming if Vansh is for real. Angre also suspects that Vansh isn’t the same. He tells that Vansh wanted to kill his mum’s murderer, Vansh returned, but he can’t be so cool like nothing happened. Ishani is moved to know that Uma was murdered. Angre tells her that he is sorry to hide the truth, Ragini knew the secret, Ragini got murdered by the same culprit. Ishani tells that everything is connected, even Siya was attacked.

She asks him why didn’t he tell her anything before. She can’t believe that the murderer is free. She goes mad in anger. Angre calms her down. He tells that if Vansh really returned, then he would have not accepted Kabir in the family. Ishani tells that if its not Vansh then they have to find the truth. Kabir also tells Anupriya that its not the real Vansh, Riddhima has planted the lookalike. Anupriya tells that she has seen Vansh taking care of Dadi. Kabir tells that Riddhima would have prepared the lookalike to act like Vansh.

Anupriya asks why would the lookalike throw out Riddhima from the house. Kabir tells that maybe its a distraction in the big plan. He tells that real Vansh would not tolerate him so easily. She asks Kabir to wait for Vansh’s planning. She wants her son to stay alert. She worries for Kabir’s future. Kabir tells that she maybe scared of Vansh, but he doesn’t believe that Vansh is alive. He wants to know how Riddhima got Vansh’s duplicate. He wants to just follow his instinct and prove it to the family. He tells that Riddhima cheated him.

Angre tells Ishani that Kabir is behind the attack on Vansh and Siya. Ishani tells that they will tell the family. Angre tells that its not easy, its a dangerous game. He knows how to test fake Vansh and prove the truth. Kabir also plans to test fake Vansh. Kabir had stolen the money back from Vihaan’s place. He feels that Riddhima might have hired Vihaan to play Vansh. He checks the money bag. He gets tricked. He tells that Riddhima played the game with them. Anupriya tells that they will play the same game with Riddhima. She asks Kabir to use the evidences against Vansh and arrest him.

Kabir realizes that Riddhima had fooled him. She tells that once the lookalike gets arrested, he will spill out the truth. He reveals his foolishness to his mother. He tells that Riddhima had kept a condition for marriage and got the evidences burnt. She can’t believe it. He tells that he didn’t expect Vansh to return. She rebukes his stupidity. He tells her that she is also being stupid to believe the fake Vansh. She tells that time will show them who is making a mistake. Vihaan becomes a mystery for everyone. He gets Vansh’s room for himself and enjoys the luxury.

He tells that Riddhima would be in shock over the change of contract terms. Riddhima wants an answer from Vihaan. She wants to meet him once. She calls Vihaan, but he ignores her. Riddhima takes a disguise of a helper to enter the house and meet Vihaan. Aryan stops her to question. He commands the servant to go and clean his room. Riddhima signals Vihaan to talk to her once. Vihaan stops Aryan from seeing her face. He sends the helper to clean his room first. Aryan goes away.

Riddhima beats up Vihaan for cheating her. Vihaan tells that he has saved her plan from crashing. She asks him who is he to throw her out. He tells that he is Vansh, since she is the one who had trained him as Vansh. He reveals that he was just playing Vansh, he was being angry and didn’t forgive her. She asks him why did he ask for divorce. He asks her not to insult him and hurt his self-respect. He mentions that she just hired him for work, she doesn’t own him. He shows her place.

Reviewed Rating for this particular episode Ishq Mein Marjawan 2nd December 2020 Written Update Riddhima lands in trouble: 3/5 This rating is solely based on the opinion of the writer. You may post your own take on the show in the comment section below.