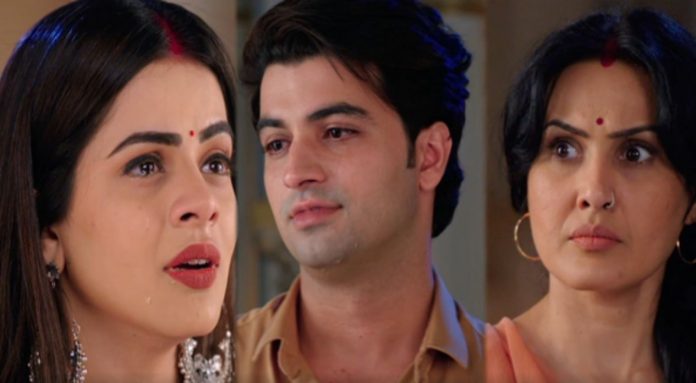 Shakti 1st December 2020 Written Update Heer convinces Rohan Heer requests Rohan to marry Simran. Preeto gets angry on Heer for convincing Rohan. She tells that she will not accept the alliance. She doesn’t want another relation with Virat’s family. She asks Heer to take the shagun and leave. She vents anger on Heer and reminds that Heer didn’t keep any relations with her Maayka while keeping her duty just towards her Sasural. She asks Heer to decide, if she wants to be their daughter or not. She tells Heer that Rohan will not marry Simran, who is already pregnant.

Heer tells that Simran was in love, but Arjun cheated her. Preeto doesn’t listen to her. Heer tells that she will leave after hearing Rohan’s decision. Rohan hears their conversation. Preeto doesn’t think Rohan will agree. Heer goes to talk to Rohan. Preeto tells Rohan that he will never agree to the alliance. She tells that Heer will try to convince him, but he should go away to avoid her. She knows that he has sacrificed a lot for Heer.

She will not let him sacrifice his entire life. She knows that Rohan deserves a good life partner. She tells that Simran will never love him. Heer gets pleased to see her room the exactly same as before. She holds good memories. She misses Soumya. She speaks to Soumya’s picture. She realizes that Preeto had sent Rohan out of the house. She had promised Parmeet that she will get Simran married. She wants to keep her promise to her in-laws. She waits for Rohan. Rohan returns home with a surprise for Heer. She tries to remind their childhood bond.

Rohan also has golden memories of their childhood. She tells that she didn’t know that she will lose her brothers forever after her marriage. She gets emotional. She tells him that he is her same brother who can do anything for the family’s sake. She tells that she isn’t selfish to push him in a wrong alliance. She tells that he will be happy with Simran. She begs him to marry Simran. She asks her happiness. Rohan can’t see her pleading. He decides to marry Simran. Virat meets Heer. He has seen Heer requesting Rohan. He thanks Heer for being his strength. Virat and Heer meet the elders. Preeto wants Heer to end the matter.

Heer tells that Rohan didn’t tell his decision yet. She knows that Rohan will return home. Rohan ends her wait. He tells her that he has decided it. He tells that he will marry Simran for the sake of Heer’s happiness. Heer can’t believe it. Rohan tells that he is the same brother who can do anything for her happiness. Preeto and Harak feel sad seeing Rohan’s huge sacrifice. Rohan agrees to get married the next day itself, surprising Heer and Virat.

Reviewed Rating for this particular episode Shakti 1st December 2020 Written Update Heer convinces Rohan: 3/5 This rating is solely based on the opinion of the writer. You may post your own take on the show in the comment section below.