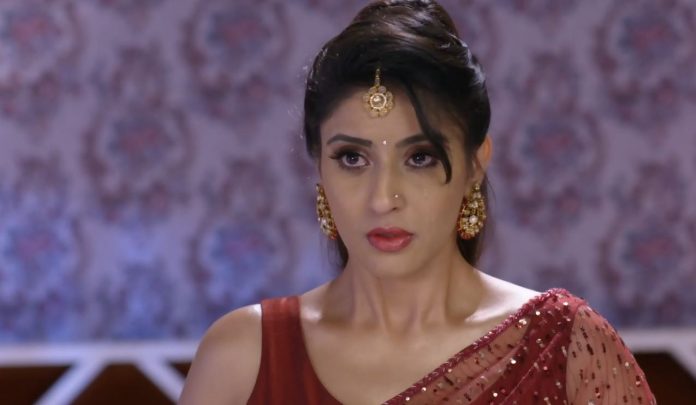 Kumkum Bhagya 4th December 2020 Written Update Meera agrees to marry Abhi Abhi asks Meera for the marriage. He tells her that its just about Rhea. He is thankful to her that she refused for her. He asks her to forget that he came to meet her. Meera shockingly accepts the marriage proposal. She tells that she will be the luckiest woman in the world if she becomes Rhea’s mother. She tells that he is the best man she has seen in the whole world, he is good-hearted, he had always been good towards her. He tells that he would have done good with any employee.

She doesn’t want to become bad by forgetting his favors. She tells that he took a stand for her when a guest called her a servant in Rhea’s birthday. She feels honoured that he wants to marry her. He praises him for always giving her respect. Rhea gets happy that Meera has accepted the marriage proposal. Meera tells that she can’t refuse to him, she is lucky to get a life partner like him. He doesn’t say anything after seeing Rhea there. He silently goes. Rhea jumps with excitement.

Vikram tells Dida that Ranbir is ready to sacrifice his true love to save Pallavi’s life. He doesn’t want Pallavi to snatch Ranbir’s happiness. He wants to talk to Pallavi. He tells Dida that they can’t ask Ranbir to marry Rhea, knowing he doesn’t love Rhea. He feels Pallavi is doing wrong with Ranbir. Dida tells him that Pallavi isn’t wrong, but if he thinks so, he can talk to her. He goes to meet Pallavi.

He wants to remind her that she shouldn’t give lifelong sorrow to Ranbir. She doesn’t let him say anything. She tells him that Ranbir won’t be able to forget Prachi. She tells that she is Ranbir’s mum and knows his feelings well. Dida sympathizes with Ranbir and hugs him. Rhea tells Aaliya that Meera has agreed to marry Abhi. Aaliya tells that she knew about it, Abhi is the best and anyone would love him. She tells that Meera loves Abhi and she had to agree to the marriage proposal.

Rhea tells that its good that Meera loves Abhi. She tells Aaliya that its a good news, Meera has accepted the marriage proposal so happily and she was so excited. Aaliya gets happy and shares the joy with Rhea. Rhea tells that Pragya and Prachi will be hurt now. She wants to show Prachi that she has a loving mother now. Aaliya likes Rhea’s attitude. Prachi and Ranbir are in sorrow. Prachi is crying because of Pragya’s pain. Ranbir is crying since he is losing Prachi.

He calls her up to tell her that he is heartbroken that he can’t keep his promise for the sake of Pallavi. She tells him that he should always listen to his mother. He tells her that he can never meet her now. He cries which worries Prachi. He gives the shocking news that Pallavi has suffered a heart attack. She wants to know when did this happen. He tells that he is sorrowful for his mother’s state. She asks him to take care of his mother. Ranbir doesn’t reveal the entire truth that Pallavi has kept a condition that he will leave Prachi.

He misses Prachi a lot. Meera tells Aaliya that she never thought that Abhi will propose her for marriage. She asks Aaliya if she has compelled Abhi. Aaliya tells that Abhi had proposed her by his own wish, since he doesn’t want to be with Pragya. She congratulates Meera. She knows that Meera will always be under her. She gets glad. Abhi sinks in sorrow that Rhea is separating him from Pragya forever. He doesn’t want to marry Meera. He doesn’t know if Meera will hide the matter from Rhea.

He wants Pragya to handle Rhea and explain her that no one can be her parents. He calls Pragya. He thinks to go to her home and meet her. Prachi goes to see Pallavi. Sarita tells that Pallavi hates Prachi. Pragya is sure that Prachi will win their heart. Abhi takes Pragya’s number from Vikram. He calls her up again. Pragya gets consoled by Sarita. Pragya doesn’t check Abhi’s calls. Ranbir, Vikram and Dida think for Pallavi’s life. Abhi leaves a voice message for Pragya. He thinks it will be better if he meets her and talks. He wants to meet her somewhere outside.

Reviewed Rating for this particular episode Kumkum Bhagya 4th December 2020 Written Update Meera agrees to marry Abhi: 2/5 This rating is solely based on the opinion of the writer. You may post your own take on the show in the comment section below.