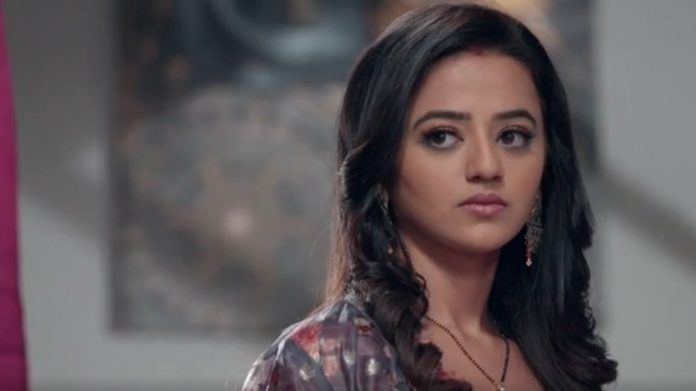 Ishq Mein Marjawan 4th December 2020 Written Update Riddhima makes blunder Vihaan and Riddhima get compelled to fulfill the Suhaag rituals for the sake of Dadi, who tells them that she will be living happy seeing them together and happy. Dadi asks them to get married again by doing the rituals if they want to see the family happy. Vihaan fulfills the sindoor rasam with Riddhima. Riddhima feels really sorry to Vansh that she is helpless to do this just for the sake of protecting his family. Kabir knows that Vihaan isn’t Vansh and thinks Riddhima will fall in Dadi’s eyes when the truth comes out that she has got sindoor filled in her hairline by a stranger. Riddhima tells Kabir that she will never marry him.

Kabir doesn’t lose. He still thinks there is some way out to get Riddhima back. He wants to expose the doppelganger. Vihaan and Riddhima get together infront of the family, pleasing only Dadi. On the other hand, Kabir reaches Vihaan’s place and finds it really vacant. He realizes that Riddhima’s game partner has run away. He thoroughly checks the place and finally finds Vihaan’s identity. He gets too angry.

Riddhima is lost in Vansh’s memories. She doesn’t want to upset Vansh’s soul by giving his place to someone else. She tells that she just loves Vansh. Vihaan appears there to tell that she is just of Vansh. She gets happy for a moment that Vansh is back and then realizes its Vihaan. She snatches back Vihaan’s clothes from him. She tells him that she will arrange everything new for him. He questions if her love for Vansh is true or just a cheat.

This rages her and they get into an argument. She doesn’t need to prove anything to him. Vihaan wants to see if she really loves Vansh and is worthy of the trust. She wants to find out his real intentions. Meanwhile, Kabir returns home and confronts Riddhima about getting the doppel ganger home. Riddhima is shocked to know that he found the truth. She doesn’t accept that Vihaan is her partner. Kabir threatens her that he will find out Vihaan’s truth and then expose it. He tells her that he has already started working on his plan to expose fake Vansh.

Riddhima gets worried and rushes to inform Vihaan about Kabir’s plan. Riddhima doesn’t want the truth to come out. Kabir confronts Vihaan with confidence knowing he isn’t Vansh. He gets the proof from Mishra, which isn’t right. Kabir fails to prove that Vihaan is fake Vansh. Vihaan had deleted his data so that Kabir doesn’t know anything about him. Riddhima gets a big relief. Riddhima tries to prove to Kabir that Vihaan is Vansh. She tells that Vansh believes in keeping the family together and forgiven Kabir for that reason. She asks Kabir to stop suspecting Vihaan. She tries hard to prove that Vihaan is really Vansh.

Later, Riddhima and Vihaan get into a fight for the bed. They decide to share the bed by making a partition. Vihaan wants to know the motive for which she got him home. She makes a mistake here to mention about the property. She tells him that she wants to get Vansh’s property transferred on her name. She doesn’t tell him that her main motive is to save the famiy from evil Kabir and Anupriya. She has to tell him about securing the property and thus getting it to her name. Vihaan misunderstands her intentions. Will Riddhima clear the truth to him? Keep reading.

Reviewed Rating for this particular episode Ishq Mein Marjawan 4th December 2020 Written Update Riddhima makes blunder: 4/5 This rating is solely based on the opinion of the writer. You may post your own take on the show in the comment section below.