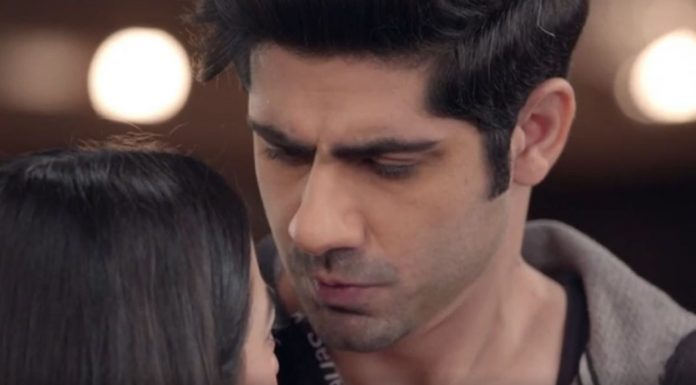 Ishq Mein Marjawan 5th December 2020 Vansh Shocking disclosure Riddhima gets to learn a huge truth that moves her off the feet. Kabir finds another way to test Vihaan and prove him as Vansh. He wants to know how will Vihaan manage to hide his identity when he proves him wrong in front of the entire family. He proposes a basketball match knowing that Vansh was the best player. He wants to show the family that Vihaan is a poor player, he isn’t Vansh and just a lookalike who took Vansh’s place for the sake of property.

Kabir tells Vihaan that it will be tough to answer the family if he loses. He wants to make the game more difficult for Vihaan. Riddhima knows what Kabir is trying to achieve. She doesn’t want Vihaan to lose, else the family will definitely know that Vihaan isn’t Vansh. She is extremely nervous to watch the match. Vihaan and Kabir have a face-off in the basketball match. They have a good competition. Kabir tries to ruin Vihaan. He makes an evil plan to make Vihaan fall down. Vihaan falls down by stepping on the ball. Kabir’s plan works well.

Vihaan falls down over his right hand and gets hurt. Dadi turns worried for her grandson. She asks Kabir to stop the competition right away. She doesn’t want them to play by hurting each other. Kabir insists Dadi to let the game go on until the end so that they have a winner. He tells that Vansh is ambidextrous, he can play well with both his hands, even if his right hand is hurt, Vansh can play and win using his left hand.

He challenges Vihaan to show his skills and win. Vihaan surprisingly plays with his left hand and wins the game, shocking Kabir, Angre and Riddhima. The trio is aware that just Vansh is the master of the game and can win playing with his left hand too. Vihaan gets convincing that he is Vansh. Riddhima planted him in the family. She grows curious to know if he knows the game well, if not, then how did he manage to play. Vihaan makes a huge revelation. He discloses the truth that he is Vansh. Riddhima is in shock with the shocking disclosure. How will she face the truth? Will Vihaan stick to his confession that he is Vansh or change his words to trick her again? Keep reading and do comment to express your views on the show.

Ishq Mein Marjawan 5th December 2020 Detailed update Riddhima tells Vihaan that he will name Vansh’s property to her name. She tells that she will call a lawyer. He confronts her for the cheat for property. He asks if she will cheat Dadi for money and property. He adds that he will not do this, since she is being very mean. She tells that he is bounded by the contract. He asks her why does she want to cheat Dadi. She wants to take the danger on her head and protect Dadi from Kabir. She can’t let anything happen to her family. She doesn’t answer Vihaan.

She tells that she will not explain him anything. She asks him to just finish the task. Vihaan asks Riddhima what will he get for the big cheat, so that he doesn’t feel guilty. She asks him to go and expose her truth, if he wants, but he can’t blackmail her for more money. She refuses to pay anything extra. Vihaan admires her by staring at her. She doesn’t want him to stare at her. She tells that Vansh and Vihaan are much different, Vansh was too decent. Vihaan wants to decide the climax of the story.

Meanwhile, Aryan tells Kabir that Vihaan is exactly like Vansh. Kabir tells that Riddhima has cheated the family by getting a doppelganger. He tells Aryan that he will be sending Riddhima to jail for the big cheat. Riddhima is relieved that Vihaan has called the lawyer to talk about the will. Vihaan tells that he wants to transfer his property. Lawyer tells him that some time is needed to declare him alive, since he is dead in the police records. He asks Vansh to let some time pass. Kabir had bribed the lawyer already to postpone the property transfer to Vansh’s name. He learns that the property was transferred back to Vansh’s name. He threatens the lawyer to lie to Vansh and stop the property transfer.

Lawyer is scared that his license can get cancelled. He agrees to Kabir and lies to Vansh/Vihaan. Vihaan tells Dadi that she is his real assets, he doesn’t care for the money, he was just changing the will for her ease. Ishani tells Aryan that Vihaan is really Vansh. Aryan suspects Vihaan after Kabir had shown him the proofs. Riddhima thinks Vihaan might get exposed if he stays at home for more time. Kabir thinks Riddhima has got trapped in her own plan. He wants to expose Vihaan’s truth.

Vihaan tells Riddhima that his work will go on for months. He asks her for a yearly increment. Riddhima doesn’t listen to him. She asks him not to blackmail her. She tells that she is already paying a lot and she will not give him any increment. Ishani gets a chocolate cake for Vansh. Vihaan vents anger on Ishani. Riddhima apologizes to Ishani on Vansh’s behalf. Kabir tells Aryan that Vihaan got angry since he isn’t Vansh. He tells that he will expose Vansh very soon. He asks Aryan to wait and watch. Vihaan plays the piano just like Vansh used to play. Riddhima stops Vihaan and asks him not to hurt Vansh’s family.

She asks him why did he scold Ishani, since Kabir and Ishani may doubt him. Ishani is hurt that Vansh scolded her. She feels Angre is wrong, Vihaan isn’t Vansh, since he has got much rude towards her for no reason. Angre consoles her. He doesn’t want anyone to take Vansh’s place. He gets another plan ready to expose the lookalike. She swears to not spare the lookalike for playing with their emotions. Vihaan tells Riddhima that he is demotivated, that she is asking him to cheat Dadi. He tells her that he will not support her knowing she is wrong. He doesn’t want to become an evil-doer. She agrees to his conditions.

Vihaan tells that he is hating the fact that he has to ask for everything all the time. He triples the amount to trouble her further. Angre and Ishani meet them and overhear a bit of their conversation. Vihaan makes a sweet gesture to convince Ishani. He tells her that he just reacted that in stress. Ishani asks him to play basketball and reduce the stress. Angre reminds that Vansh used to play basketball to reduce his stress. Riddhima is tensed that Vihaan may not be knowing the game.

Kabir challenges Vansh. He tells that its his favorite game as well, they will add some twists to the game, they will put something at stake so that they enjoy the game and put their best efforts to team. He asks Vihaan to choose his team. Riddhima knows that Angre and Ishani also doubt Vihaan and trapped him by asking him to play basketball. She doesn’t want Vihaan to agree. Vihaan accepts the challenge when Riddhima warns him to step back. Kabir feels he is close to unmask the doppelganger. He tells Kabir that he really loves challenges. Riddhima knows that the fun will be final one, she will be ousted once Vihaan is caught.

Reviewed Rating for this particular episode Ishq Mein Marjawan 5th December 2020 Vansh Shocking disclosure: 5/5 This rating is solely based on the opinion of the writer. You may post your own take on the show in the comment section below.

Watch the today’s episode in pictures below: