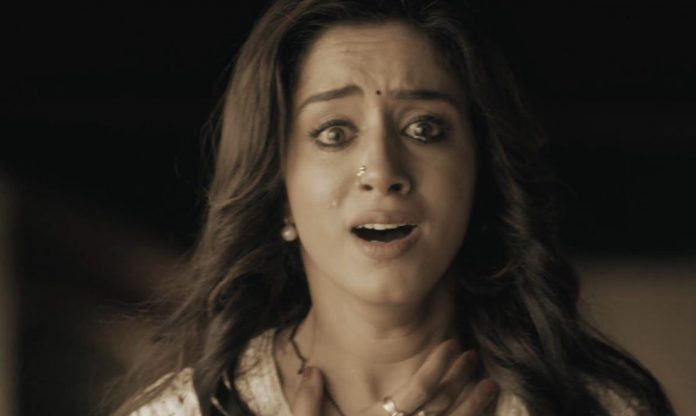 Yeh Hai Chahatein 5th December 2020 Written Update Unthinkable twist Saransh doesn’t think its wrong to do anything for a good cause. He goes to Balraj’s room to steal some cash. He takes a wrong decision. He had seen Balrj putting the money inside. He recalls the password and enters that to open the locker. He wants to give money to Mahima and ask her to leave him. He wants Mahima away from his life. He steals the money.

Balraj happens to see him. He can’t believe that a little kid is stealing money from his locker. He reprimands Saransh for the theft. Sharda wakes up and hears Balraj’s blame on Saransh. Saransh’s mistake is proved. Saransh still calls Balraj a liar. Balraj tells that he will call the police to get him arrested. Sharda stops him from scaring the kid. She tells that Prisha’s upbringing has proved wrong by Saransh’s mistake. He calls the police. He stops Saransh from running away. Sharda begs him to not call the police.

Saransh is scared. He jumps off the window to run away. He falls on the ground and gets injured. Sharda runs to wake up Prisha and takes her to Saransh. She tells that Saransh isn’t fine. Prisha rushes to see him. She is scared by the sight. She wants to know the matter. Sharda tells her that Saransh was trying to take money from locker, he was caught and jumped off the window in fear. She sends Prisha to the hospital.

She supports her son. Balraj asks her to mind her tongue before lecturing him. He calls her mentally unstable. She asks him to use his mind and treat Saransh well. She accuses Balraj for Saransh’s condition. Balraj doesn’t think Mahima has a mind to understand. Prisha wants Sharda to inform Rudraksh. Sharda asks the family to stop the arguments and just inform Rudraksh. Ahana tells Sharda that Rudraksh has gone for a long drive.

She assures that she will inform Rudraksh about Saransh when he returns home. She sends off the family. She doesn’t want to lose her sleep. She cares the least for Saransh. Prisha gets Saransh to the same hospital where Gopal is admitted. She asks the doctor to check Saransh. Doctor tells that Saransh has to be operated soon. Prisha prays for her son. Yuvraj calls Ahana. She informs him about Saransh’s injury. He wants to know how did this happen. She informs that Saransh was caught stealing money from Balraj’s locker and then fell down from the window while escaping. Yuvraj realizes that he had given this idea to give money to Mahima and get rid of her.

He doesn’t want Saransh to take his name in front of anyone. Balraj asks the doctor to save Saransh and make him fine. He is ready to pay any amount. Prisha assures Mahima that Saransh would get fine. Prisha and Mahima share their love for Saransh. Doctor tells them about Saransh’s leg fracture which is already treated, but the head surgery is a critical one. He asks Prisha to get Saransh’s relative to donate blood. He asks about Saransh’s mother. Prisha and Mahima are ready to give blood to Saransh. Vasu wants the doctor to operate Gopal soon.

Doctor takes her consent for the surgery. Gopal is critical after the major heart attack. Doctor shocks Prisha with a bad news that Prisha and Mahima’s blood group doesn’t match with Saransh. He tells that Saransh’s condition is getting more critical. He mentions that it will be tough to save Saransh if they don’t arrange the blood on time. Mahima begs him to save Saransh. Prisha tells that Rudraksh’s blood group is same as Saransh. She wants to call Rudraksh soon. She struggles to get Rudraksh to save her son.

Reviewed Rating for this particular episode Yeh Hai Chahatein 5th December 2020 Written Update Unthinkable twist: 3/5 This rating is solely based on the opinion of the writer. You may post your own take on the show in the comment section below.