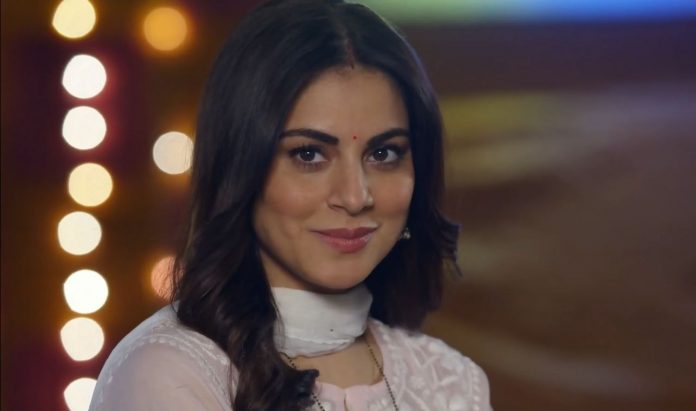 Kundali Bhagya 8th December 2020 Written Update Preeta finds proof Preeta’s plan to visit Sarla finally proves to be right. Sarla pampers her with much love. Sarla asks Preeta to have the sweetdish. She also offers the same laddoos which she had taken to Luthra house for Preeta’s first Karwachauth. Preeta eats the laddoos and finds the taste different. She checks the laddoos prepared by her mother. She finds out that the laddoos which she was served were different. She tells Sarla that Mahira and Sherlyn lied to her about the sweets and gave her something else by taking Sarla’s name.

She realizes that the sweets were changed and then poison was added in it to blame Sarla in front of the Luthra house. Shrishti tells Sarla that she just wants to kill Sherlyn and Mahira. Sarla asks her not to talk of such things. Preeta tells Sarla that its really a wicked plan since Sherlyn accused Sarla for harming the baby. Shrishti tells that the Sargi sweets were changed in time. She wonders if the main motive behind the poisoning was to kill Preeta or accuse Sarla. She asks Preeta which laddoos did she eat in the Sargi.

Sarla realizes that Ramona had also brought the laddoos that day by mentioning that she had prepared it for Mahira. She tells that Ramona had brought the poisoned laddoos with evil intentions in her mind. She knows that Ramona intended to take revenge on her. She wants Preeta to stay alert of Sherlyn, Mahira and also Ramona. How will Preeta save Sarla from the wrong accusation? Will she confide the truth with Karan this time? Keep reading.

Catch the full update below:

Preeta is very happy to spend time with Sarla. She misses the family a lot. Sarla tells that she also likes to spend time with her daughters. She hugs them and cries thinking that maybe she won’t get time with them again. She is scared that Sherlyn may send her to jail again. She is worried for Shrishti. She wants Preeta to stay happy with Karan. She asks Preeta to take care of Shrishti in her absence. Preeta tells that nothing would happen to Sarla, no one would snatch Sarla from them.

Sarla wishes that she always stays with her daughters as their weakness. Rakhi wakes up Karan. She doesn’t find Preeta in the room. She enquires about Preeta. She asks Karan if Preeta has gone out. Karan asks Rakhi to just care for him. She finds him naughty. She tells that she loves him a lot, but she loves Preeta also. He tells that Preeta was sad for Sarla, she was crying at night, so he had decided to drop Preeta home so that Preeta can stay with Sarla. Rakhi tells him that Preeta is a good daughter, she can handle all relations well. She tells that she misunderstood Preeta before.

Karan tells that he had misunderstood Preeta and regrets now. Sherlyn is upset to hear them praising Preeta. Rakhi senses a new relation forming between Karan and Preeta. She prays that their relation stays the same. She wishes Preeta to always stay in Karan’s heart. Janki looks for Preeta and Shrishti. She finds them sleeping in Sarla’s lap. The sight makes her emotional. She cries seeing them. They wake up and ask Janki if police has come that she is crying. Janki tells that she got emotional seeing them. She blesses Preeta and Shrishti. She tells that she will eat the laddoos and test them if it has poison. Shrishti asks Janki not to eat the laddoos.

Janki drops the box. Preeta checks the laddoos. She tells Sarla that the laddoos are different from what she had eaten in her Sargi. She alerts them of Mahira’s wicked plan. She tells them that the laddoos were changed. Sarla tells that just Ramona could do this on Mahira’s orders. At least Preeta shows some smartness this time. Preeta goes to Luthra house and finally finds the laddoos. She informs Shrishti about her success. Preeta and Shrishti make a solid plan against Mahira and Sherlyn this time. What will that be? Check for our next post on the show coming shortly. Leave your valuable comments to let others know your opinion on the show.

Also read, Barrister Babu:
Bondita feels a nightmare has turned into reality when she sees the old evil master coming back to take her test. Saudamini proposes a deal to hand over level 2 books to Anirudh. She tells him that Bondita needs to answer few questions in order to earn the level 2 book. Anirudh accepts the deal. He asks Bondita to answer the questions. Saudamini tells that master will be asking Bondita, she won’t be asking anything. Master’s entry shocks Bondita.

Bondita is too scared to answer. The trauma of the last time reflects in her eyes when master had thrashed her for no reason. She doesn’t speak up when the master asks her simple questions, of which she already knows the answers. Anirudh encourages Bondita to answer the questions. He tells that he has taught everything to Bondita and she will definitely answer.

Reviewed Rating for this particular episode Kundali Bhagya 8th December 2020 Written Update Preeta finds proof: 3/5 This rating is solely based on the opinion of the writer. You may post your own take on the show in the comment section below.