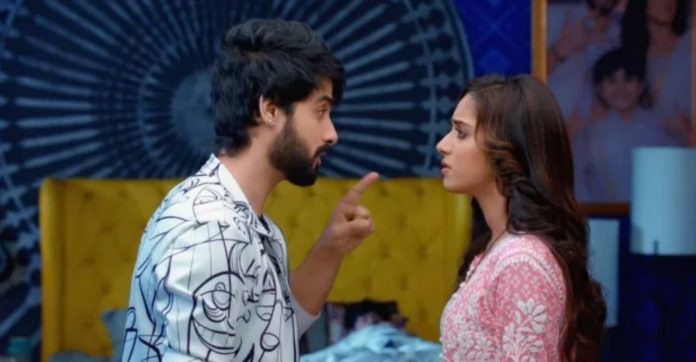 Star Plus Quick Spoilers Yeh Hai Chahatein Saathiya Imlie Saransh’s wrong decision to believe Yuvraj is proved costly. Saransh fights for his life. He was told by Yuvraj to steal the money to pay Mahima. Yuvraj doesn’t want Saransh to tell his name to Prisha and Rudraksh. He fears that Prisha will not spare him knowing he has guided Saransh wrongly. He enquires about Saransh at the hospital. Saransh’s state gets critical.

Prisha catches Yuvraj. He comes up with a quick story that Saransh had been forced to steal money, the situation has forced him to take such a step, since the little kid wanted to give all the money to Mahima and send her away from his life. He asks Prisha to think of Saransh’s mental tension. He tells that Saransh wanted to get rid of Mahima, he doesn’t want Mahima to ruin their lives.

Anant protects Gehna from cheap-minded Sagar. Anant and Gehna get into a moment in the upcoming episode. Anant develops feelings for Gehna. He can’t tolerate anyone insulting Gehna as a servant of the house.

Imlie:
Imlie gets the tag of a thief. Aditya feels bad since he knows Imlie is a true person. He sees Imli crying and his heart starts aching. Aditya’s family loves Imlie a lot. They try Aditya and Malini’s engagement ring on Imlie’s finger. Imlie gets the ring stuck in her finger. Aditya doesn’t want Imlie to become a trouble for his marriage with Malini. He tries his best to keep her away, but ends her getting caught in the wrong situations.

Reviewed Rating for this particular episode Star Plus Quick Spoilers Yeh Hai Chahatein Saathiya Imlie: 3/5 This rating is solely based on the opinion of the writer. You may post your own take on the show in the comment section below. 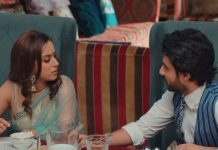 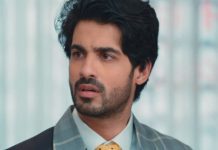