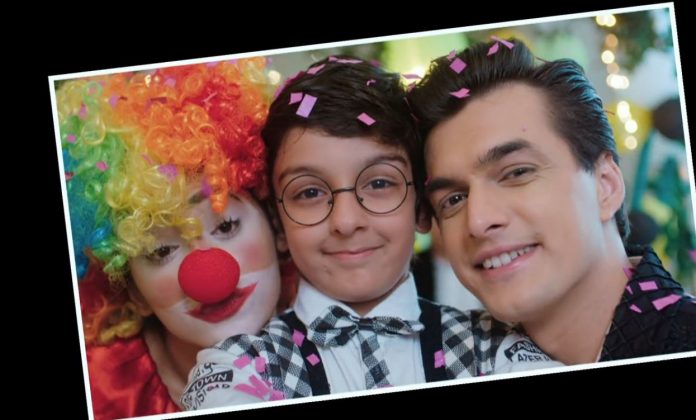 Yeh Rishta Shaadi Mubarak Lockdown Upcoming twists Yeh Rishta Kya Kehlata Hai Kairav spots Akshara, Naira and Kartik’s daughter in the lawn. He realizes that Naira is also around him, maybe she came to pay a visit on his birthday. He dearly misses her. He wishes to see her once and hug her. He has the same emotions. He wants Naira to show faith on him and take him home to Goenka family. Kairav’s feelings are suppressed by his fear. Kartik and Naira are unaware of Kairav’s presence. Will Kairav forgive Naira or take her arrival in a wrong way?

Shaadi Mubarak: KT can’t stop getting affected by Nandini’s return in his life. Preeti is left struck all the time when Nandini’s memories hurt KT. Preeti takes a decision to throw away Nandini’s each and every memory from KT’s room, which always reminds him of his past. She tells the pandit that she wants to donate few old things to the poor after the havan completes.

KT is hurt that Preeti didn’t take his permission before clearing his important stuff. She tells him that she would have not taken this step if it wasn’t so necessary. She sticks to her decision to donate Nandini’s belongings, hoping that this step restores the peace in KT’s life. Preeti’s sudden step shocks KT.

Purvi decides to investigate about the person entering Sudha’s room. She hides from the man. She wants to make a video so that Sudha doesn’t refuse to tell her the truth. She is hugely shocked to know that the man isn’t Om. She wants to find out what’s happening in the big haveli. Purvi wants to fix every wrong coming in her sight. She takes a stand for Sudha’s dignity.

Lockdown Ki Love Story:
Dhruv finds a solution to get rid of Milky. He is advised by his elder brother Dheeraj to give away all their richness to Milky in exchange of freedom from the unwanted marriage. Dhruv offers the entire assets to Milky and asks her to make a deal. He asks Milky to leave from his life and never look back. He wants Milky to end the marriage so that he can marry his love Sonam. He tells Milky that once she chooses the money, she has to forget her so-called fake love. Milky doesn’t accept Dhruv’s offer. She is hell-bent to get Dhruv. Her main motive is to defeat Sonam, as she has already promised Raghav to separate Dhruv and Sonam.

Heer faces a new threat in the form of the Maha Rani’s kinner, who wants revenge on Heer to settle scores with Soumya. Parmeet learns the truth that Heer is a kinner. She threatens Heer. Heer is in shock and refuses to accept the truth. She isn’t aware of the new guest in the house and the evil intentions. Heer’s kinner identity gets revealed in a bad manner. The kinner stays in Virat’s house as Heer’s friend. She gets an entry with Tejinder’s help. She pities Heer who can never get her love Virat. She decides to ruin Heer’s happiness in her Sasural.

Reviewed Rating for this particular episode Yeh Rishta Shaadi Mubarak Lockdown Upcoming twists: 3/5 This rating is solely based on the opinion of the writer. You may post your own take on the show in the comment section below. 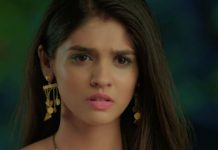