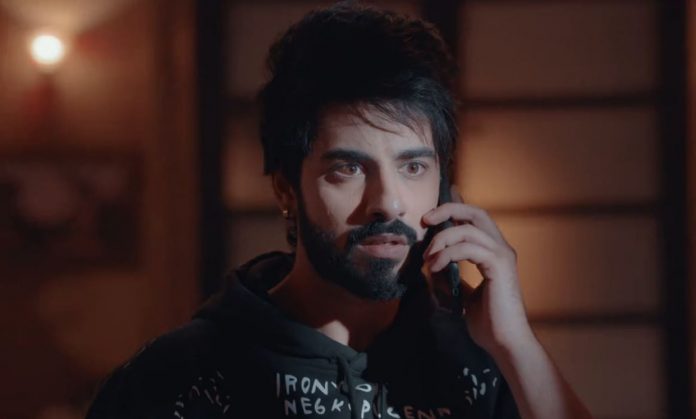 Yeh Hai Chahatein Rudraksh shatters 7th December Written Update Huge revelation for Balraj when Mahima tells that Saransh is Rajeev and her son. She tells Balraj that Saransh is his own blood, his grandson. Sharda and Balraj are in shock to know the truth. Rudraksh meets Prisha and Mahima at the hospital. He tells them about Gopal’s heart attack. He tells Prisha that he had hidden the truth from her. He was busy attending Gopal. Gopal was stressed about Mahima and Saransh. Rudraksh tells Prisha that Vasu had called him for help and he had rushed to the hospital for Gopal.

He didn’t know that Prisha is also at the same hospital for Saransh. Prisha and Mahima cry for Gopal. They want to know if Gopal is okay. Rudraksh tells them that Gopal is undergoing a surgery, he will be fine. He wants to know what is his family doing at the hospital when they didn’t know about Gopal. Prisha breaks down to share about Saransh’s critical state. Saransh’s fatal accident leaves Rudraksh shattered. Yuvraj doesn’t want Saransh to tell his name to anyone. He learns about Saransh’s surgery. He realizes the matter is something serious.

He makes a plan to secure himself. Prisha and Rudraksh cry for Saransh. She reveals about Saransh’s accident and the cause. Rudraksh wants to know if Saransh is okay. Prisha tells that Saransh is critical, he needs blood as soon as possible. Rudraksh wants to know what happened that scared Saransh so much. Balraj tells him that Saransh was stealing the cash. Mahima tells that Balraj threatened of police and scared Saransh.

Rudraksh is much shocked to know the entire matter. Yuvraj overhears the arguments that could help him in weaving a new story. Rudraksh warns Balraj against calling the cops. Balraj defends himself. Rudraksh doesn’t think Saransh was stealing the cash, Saransh has a right on their money. Balraj doesn’t think Saransh has any right on his money. Mahima threatens to call the police to get Balraj arrested. She taunts Rudraksh that Saransh isn’t safe with Khurana family. She decides to take Saransh from Rudraksh.

She doesn’t think Prisha and Rudraksh will deserve her sacrifice. She wants her son back. Rudraksh refuses to hand over Saransh to her. Yuvraj is glad to see them fighting among themselves. He jumps into the middle of the argument. He provokes Rudraksh. He blames them for Saransh’s condition. He tells that he had dropped Saransh home when he found him crying on the roads. He asks them not to thank him, but instead think of Saransh’s feelings. He reveals that Saransh had stolen money to end the family drama, he wanted to get rid of Mahima.

She doesn’t want Rudraksh to blame Saransh. The nurse asks Prisha to arrange blood for the surgery. Rudraksh rushes to donate blood. Yuvraj is happy that nobody will doubt him. Balraj reprimands Mahima. He tells that she is responsible for Saransh’s condition. He insults Mahima. He tells that Rudraksh isn’t blood related to Saransh. Mahima tells that Rudraksh is Saransh’s uncle. Prisha stops Mahima from saying it. Balraj grows curious to know the truth. Mahima asks Prisha why didn’t she tell the family.

She accuses Balraj for putting many lives in risk by his rigid decisions. She tells him that if he permitted Rajeev to marry her, then they would have been a happy family. She asks Balraj if he will get his grandson arrested. Sharda is much disappointed with Prisha for hiding the truth from them. She tells that Balraj and she had the right to know about Rajeev’s son. She reprimands Prisha. Prisha reveals that it was Rudraksh’s decision to keep the truth a secret. Balraj emotionally breaks down. He feels proud of Rudraksh for bringing Saransh in the family. Mahima declares her decision to take away Saransh from Khurana family.

Reviewed Rating for this particular episode Yeh Hai Chahatein Rudraksh shatters 7th December Written Update: 4/5 This rating is solely based on the opinion of the writer. You may post your own take on the show in the comment section below. 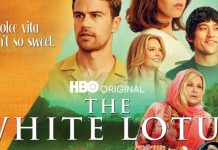