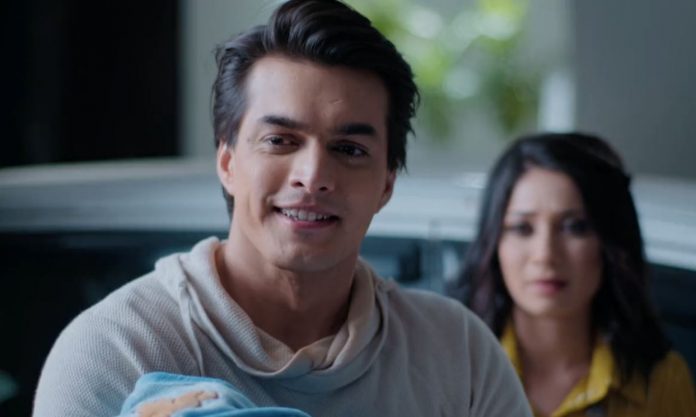 Yeh Rishta Naira changes reality 16th December 2020 Written Update Kartik gets a major shock when he finds Naira coming to the building at the same time when the cops are around. He realizes hat Kairav will be seeing Naira along with the police and have the same misunderstanding again. He can’t let it happen. He doesn’t want their relationship to get ruined by the misunderstanding. Riddhima gets to see Naira. She sees the cops there. She knows that Kairav is coming to meet Naira and Akshara. She worries that his heart will break.

Kairav meets her and tells that he is going to welcome Naira and Akshara at the gate. Riddhima lets him go and see the police, so that he goes away from Naira forever. She wants Kairav with her. She turns selfish. Kairav gets happy to see Naira, but at the same time, the sight of the police leaves him shocked. Kartik runs to stop Kairav. Riddhima hides from Kartik. Kairav misunderstands Naira once again. Kairav gets scared. Naira happens to see the police.

She understands the way Kairav reacts. Kairav runs away from there once again by the fear of the police. Naira loses him again. Naira asks Kartik to handle the baby, until she has a heart to heart talk with Kairav. She doesn’t want to make any mistake this time. She rushes to find Kairav, who enters a danger zone in his fear. Naira, Kartik and Riddhima look for Kairav. Kairav’s bad memories get freshen up. He sees the sparks in the power room. He calls up Naira for help. Naira realizes that he has put himself in danger once again.

She goes to save Kairav. Naira finally meets him. Riddhima wants to go to Kairav. Kartik stops her from ruining the mother-son moment. He tells that he has tried his bit as a father and even Riddhima has done her part as the doctor, but now Naira will take over as Kairav’s mother. Kairav wants Naira to just go away. Naira tells Kairav that she will never cross any line. She tries to reason out and counsel him. She tells that police didn’t come for him. She asks Kairav to trust him. He asks her if she knows about trust. She apologizes for not trusting him.

She tells that she trusted him and fought the family for him. She tells that she had done the same mistake of not trusting her mother and going away from her. She tells how much she has missed him. She asks him to know that she loves him a lot. She knows that Kairav didn’t push Vansh, it was just a confusion that had drifted them apart. She explains him the perception, how it appears different to others. She tells that she never called the police for him.

She wishes him to come back to her. Kairav’s heart melts for her. She shows faith on him. She tells him that he is the world’s best son, who can never hurt anyone. She promises to be his best friend. She wants to always support him. She deeply apologizes for hurting his heart. She asks him to punish her and end the matter. Kartik tells Riddhima that Naira is suffering a lot by losing her son. He tells that he didn’t know that Kairav exists, Kairav is his son, but even then he met Kairav by fate.

He wishes the same miracle happens and Kairav unites with his mother. Naira promises to always have the same trust and love for Kairav. She wants him to remove the burden of the misunderstandings form his tender heart. She doesn’t want to force Kairav. She asks Kairav to go and meet Akshara. She tells that she will stay back if Kairav wants. Kairav hugs Naira. Their dream turns true. Kartik finds the baby smiling on realizing the union of Kairav and Naira. Kairav apologizes to Naira. He tells how much he missed her. Kartik gets the same hints from the nature that Kairav has united with Naira. Riddhima gets surprised to see the strong bond between Naira and Kairav. What will Riddhima do seeing their magical moment? Will she understand their love and step back? Keep reading and comment your opinion.

Reviewed Rating for this particular episode Yeh Rishta Naira changes reality 16th December 2020 Written Update: 5/5 This rating is solely based on the opinion of the writer. You may post your own take on the show in the comment section below.