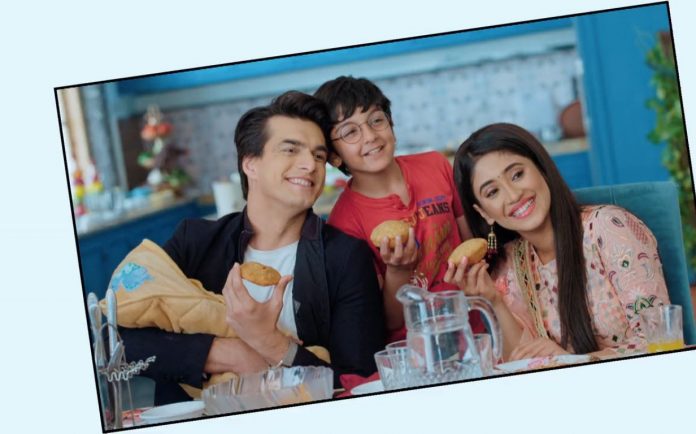 Yeh Rishta Kartik loses Kairav 18th December 2020 Written Update Kairav praises Naira for being the best mumma in the world. Naira tells Kairav that she met Riddhima before. Riddhima gets a cake for Kairav. He tells that he loves the cake made by Naira. He asks Riddhima to remember that his mum bakes the best cakes in the world. She gets upset when he compares her with Naira. Kartik tells that Kairav is so excited to meet Naira that he has forgotten even his dad. He doesn’t want Riddhima to get upset. Kartik and Naira have celebrations with Kairav.

Meanwhile, Lav and Kush have a discussion about their career. Surekha asks them to do anything, but work hard in the business. They decide to open a hotel and take guidance from Naksh. Surekha likes their idea. Manish and Akhilesh tell that Naksh will be perfect to guide them. Lav and Kush have no interest in their family business. They have other plans. Manish tells Akhilesh that he wanted Lav and Kush to help Kartik in business, but even they aren’t ready to help.

He feels that Kartik and Naira left, and the family shattered apart. Surekha also gets enough of Kartik and Naira’s praise. She feels she can’t tolerate to hear more about them. She wants the family to give attention to her sons. Kartik loves the cake prepared by Riddhima. Kairav tells that they shall give the cake prepared by Naira to their neighbor Aai. Kartik makes an excuse to handle him. Kartik tells Riddhima that Kairav has got fine and she can be relieved of her duty. He asks her to take some other case in hand.

He tells that Kairav doesn’t need her now. Riddhima is shell shocked to know this. Manish happens to see Kartik and Naira’s picture. He finds it strange like they had a recent union. Naksh lies to him. Manish wants Naksh to guide Lav and Kush. Naksh agrees to help them. Akhilesh praises Naksh for handling it so well. Surekha tells that Lav and Kush are her sons, Naksh can’t order them, he can just advice them. She wants Akhilesh to arrange funds for the hotel. Akhilesh asks her to let Lav and Kush prepare themselves first. Kartik tells Naira that Kairav is playing with Riddhima.

He finds a moment to romance, but Naira spills it. He tells that he didn’t wish to come between Kairav and her. He doesn’t want her to cry ever. He wants her to just keep smiling so that his world gets bright. Kartik and Naira spend quality time together. Riddhima compares Kartik with her husband, who never cared for her tears. She was always threatened and disrespected by her husband. She had tolerated everything in her life, but failed to tolerate Arjun’s loss. Kartik finds Riddhima crying. He consoles her.

Riddhima hugs Kartik to get close to him. Naira finds her behavior suspicious. Kartik tells that he can help her as a friend. Sudha insults Riddhima for getting close to Kartik. She asks Naira not to trust Riddhima and make her leave. Riddhima apologizes to Naira. She tells that she was emotional about Kairav. Naira tells Riddhima that she isn’t upset with her. She doesn’t want Kartik to worry. She tells that she knows his position, he wasn’t wrong, Riddhima had suddenly hugged him. She asks Kartik to come for lunch. Surekha makes Lav and Kush’s favorite dish and comes to the office to surprise them.

She misunderstands Naksh for treating her sons as servants. She sends the tiffin for her sons and leaves. Naksh treats Lav and Kush nicely, but Surekha doesn’t see it. Lav and Kush are grateful to Naksh. They tell that Naksh is the best mentor. They want to learn a lot from Naksh. Kairav sees Sudha and doubts that he had seen her before. Kartik tells Kairav that Sudha works in Aai’s house. Riddhima gets a chance to expose Naira’s secret. Kairav asks Naira to feed him the food by her hands, since its been a long time. Riddhima can’t tolerate their happy family sight. She wants to spill the beans. Kairav asks Riddhima to click their family picture. Riddhima loses her significance in Kairav’s life. Kairav tells that Naira makes the same kachories like Aai. Riddhima does the unthinkable to reveal that Naira and Aai are the same, Naira used to leave in the same building for his sake, which means Naira cheated him in a way. Kairav can’t believe this fact. Naira fears that he may not accept the truth and understand Naira’s genuine care.

Riddhima gets ousted from Kairav’s life. She goes mad in rage. Naira learns about Riddhima’s dangerous side. She loses Kairav by trusting Riddhima. She gets to know about Riddhima’s medical license cancelled because of her mental issues. She shares the facts with Kartik. She realizes that Riddhima had kidnapped Kairav. What will Kartik and Naira do now? Will they help Riddhima overcome her depression by understanding her pain? Keep reading.

Reviewed Rating for this particular episode Yeh Rishta Kartik loses Kairav 18th December 2020 Written Update: 5/5 This rating is solely based on the opinion of the writer. You may post your own take on the show in the comment section below.