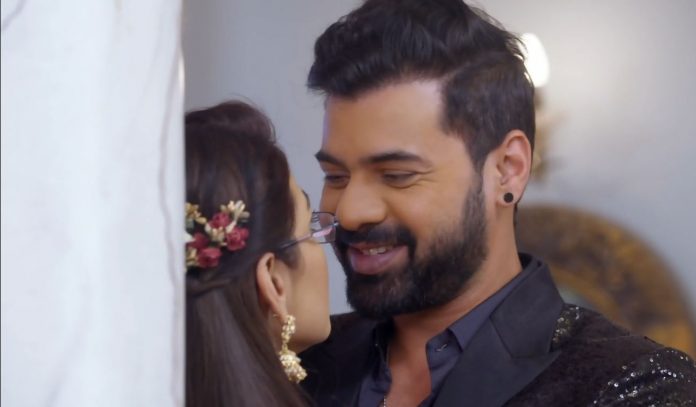 Kumkum Bhagya 23rd December 2020 Written Update Pragya shocks Abhi Sarita tells Pragya that Abhi will get to see her tears. Pragya tells that she will tell him that the tears are of happiness, if Abhi can’t understand what he wants in his life, then even she will not want such a man in her life. She thinks he is totally senseless and is just ruining their lives. Prachi comes to see Pragya. Sarita tells that Pragya is very much angry on Abhi. She advises Prachi not to meet Pragya and bear the anger.

Raj tells Aaliya that some guests have objection with Abhi and Meera’s engagement, since they are in support of Pragya. Aaliya doesn’t care when Mitali tells that Pragya has arrived. She tells that Pragya is heartbroken at this time, she would be very much weak. Pragya turns out to be strong and sharp after suffering the heartbreak. She tells Aaliya that Prachi is Abhi’s daughter, she would be Prachi Mehra always, their relation will always be the same.

Sarita and Aaliya get into an argument. Pragya asks them to get busy with their guests, they are happy for Abhi. She pretends to be happy with Abhi’s marriage. Mitali fears that Pragya will spoil things. Aaliya asks Pragya to meet Abhi and Meera to wish them. Pragya tells that she has to thank Meera for taking care of Rhea so well. Aaliya gets angry when Shahana tries to insult her. Prachi apologizes to Aaliya. Aaliya tells that Prachi isn’t her niece.

Sarita tells that Prachi can become her niece, she doesn’t know insulting elders. She taunts on Aaliya’s negative presence. Abhi and Pragya meet after a silly collision. Pragya vents anger on Abhi. Abhi tells that her plan to spoil his clothes have worked. He wants her to select his clothes now. Abhi and Pragya’s argument makes them forget the reality for some time. She tells that she will select something that suits him. Meanwhile, Pallavi asks Vikram not to disturb Ranbir and Prachi today, since Ranbir is going to breakup with Prachi.

Vikram feels she is doing wrong with Ranbir. Rhea tells Dimpy that Ranbir will be of her, while Prachi will be of his past. Prachi finds Ranbir ignoring her. Ranbir wants to stay away from Prachi, when Rhea gets close to him. Shahana asks Prachi to just go to Ranbir and talk to him. She gets jealous seeing Aryan with someone. Aaliya feels Prachi will not understand that her heart is going to break. She is glad that Pragya and Prachi will lose their love.

He feels that she has much in her heart against him. She tells that its too late, their relationship is finished. He doesn’t want her to go away without closing the chapter. He asks her if she is feeling bad with his marriage. She pretends that she is very happy, he should be happy with Meera. Aryan gives a hint to Shahana about Ranbir and Rhea. Prachi wants to know why is Ranbir ignoring her.

Ranbir tells Rhea that he will tell Prachi about their relation in his way. She tells that he has to tell Prachi as soon as possible, else she will break out the truth. Shahana tells Prachi that she should flirt with Ranbir so that he doesn’t go to anyone else. Prachi doesn’t know flirting. Shahana teaches her to romance Ranbir.

Reviewed Rating for this particular episode Kumkum Bhagya 23rd December 2020 Written Update Pragya shocks Abhi:3/5 This rating is solely based on the opinion of the writer. You may post your own take on the show in the comment section below.