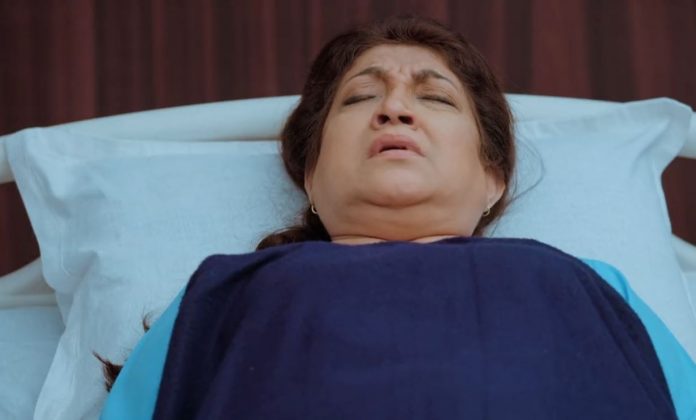 Yeh Rishta 22nd December 2020 Written Update Dadi critical Kartik and Naira find Kairav in trouble. Riddhima helps them save Kairav from the accident. She falls into the lake. Kartik remembers that Riddhima can’t swim. Naira jumps into the lake to save Riddhima. Later, Kartik and Naira confront Riddhima for her actions to give the same pain to her by snatching her son. They rebuke Riddhima for breaking their trust and insulting their friendship. They suggest her to not snatch anyone’s kid, but to adopt a kid to get Arjun back with her.

Naira wants Riddhima to accept that Kairav isn’t Arjun. Kartik tells that Kairav would hate her all life if she made him away from his parents. Kairav tells that he really hates Riddhima. Riddhima tells that she loves Kairav. Kartik reminds that she just loves Arjun, he has to stop finding Arjun in other kids. Riddhima apologizes to them. She didn’t wish to hurt them. Riddhima expresses her deep pain which ruined her senses.

She wants them to forgive her. She tells that Naira should have not saved her. Naira asks her to understand her life’s motive. She tells that Riddhima can really help the kids by counselling, even if her license got cancelled. She asks her to help the orphanage kids. She makes Riddhima promise that she will always be their friend. She is grateful to Riddhima for uniting their family. Riddhima likes Naira for her big heart. She gets Kartik’s forgiveness as well.

Riddhima requests Kairav to never hate her. Naira tells Riddhima that Kairav will not hate her. Riddhima takes a leave. Naira, Kartik and Kairav have a moment where they admire each other. Kartik attends Manish’s call to know the urgency. Manish tells him about Dadi’s condition. Kartik tells Naira that Dadi is too sick, she needs to see them. Kairav wants to meet Dadi. He tells that they will be returning home.

Naira tells them that they have to come back once Dadi gets fine. They decide to shift for a temporary phase. Manish gets emotional about his mother. Kartik, Naira and Kairav’s return gives much strength to Manish. Kairav tells Manish that his mother would be fine soon. Manish gets a wonderful surprise with his son’s return. He tells that his worry got half on seeing them. Kartik and Naira want to meet Dadi once.

Doctor tells them that Dadi is unconscious, she won’t be able to hear them. Kartik and Naira still meet Dadi and try to bring her back to life. Kartik wants Dadi to get up for his sake. He knows she loves him a lot. Naira doesn’t want Dadi to lose the fight. Kartik mentions about Kairav, who has gone to pray for her recovery. He wants Dadi to at least keep Kairav’s faith. Dadi gets willingness to live once again for their sake. Kartik and Naira scold her for her careless behavior to not look after herself.

Dadi gets a big surprise with the return of Kartik’s family. She doesn’t want Kartik to leave her again. Manish tells that Kartik has left the house to save relations, but he has to return home to save his Dadi’s life. He wants Kartik to return home. Manish and Naksh take Kartik and Naira home, while the family heartily welcomes them. Gayu stays away. She shows her annoyance on seeing Naira. She doesn’t clear her heart for them. What would Gayu do now? Do you think the current track got much drama dragging? Comment below and keep reading.

Reviewed Rating for this particular episode Yeh Rishta 22nd December 2020 Written Update Dadi critical:2/5 This rating is solely based on the opinion of the writer. You may post your own take on the show in the comment section below.