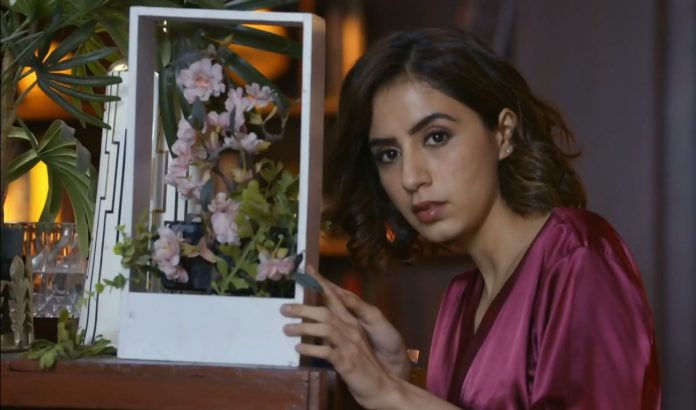 Kundali Bhagya 25th December 2020 Written Update Mahira sleazy move Sherlyn asks Mahira to switch on the recorder when she goes intimate to Karan. She tells that they shall have a recording to prove it to Luthra family. She tells Mahira that everything shall be recorded for their future plans. Mahira agrees to her. Sherlyn asks her to switch off the lights when things go ahead. Sherlyn tells that Preeta is unconscious, she will handle Shrishti and Sameer as well. Sameer awaits Shrishti. Sherlyn draws Shrishti unconscious. She also attacks Sameer and faints him by the drug. She punishes Sameer for supporting Preeta. She locks Preeta, Shrishti and Sameer in a room.

Meanwhile, Rakhi is hopeful that Mahesh will recover soon. She wants him to come back to her. She tells him that everything will get fine very soon. She talks positive things. She tells that Karan had lost his way some time back but now he has come back on the right path because of Preeta’s love. She knows that Mahesh always regarded as his daughter and wanted to see her like his Bahu.

She wishes that he wakes up from the coma. Moreover, Preeta gains consciousness. She knows Sherlyn and Mahira have tied her up. She calls Shrishti for help. Shrishti wakes up on Preeta’s call. She tells that someone has tied her up. Preeta and Shrishti converse and try to reach each other. Shrishti gets worried seeing Sameer unconscious. She tells that Sherlyn had tied them up to take revenge. Preeta tells her that Mahira didn’t faint, she is very much conscious, Sherlyn is also with her. Shrishti realizes that her plan failed.

Mahira plans to drug Karan and win him. Karan is surprised to see Mahira in Preeta’s nightie. Mahira tries to act innocent. He asks why did she wear Preeta’s dress. She asks him to compliment her. He thinks she is making excuses to cover up. She tells that her dress was torn, she can show a proof. He apologizes to her. Karan tries to aid her wound. She likes his care. She insists him to have water. He refuses to have it. He asks her to leave, else Preeta will not like it.

He doesn’t want Preeta to feel odd. She tells that she will leave once he drinks the water. He just wants her to go away. He drinks the water. She feels that nobody can stop their intimacy now. He gets affected by the drugs before she makes a leave. He tells that he got dizzy for a second. She helps him rest. Sherlyn informs Prithvi about her plans to help Mahira. She tells him that she is missing him a lot. He tells that she doesn’t love him now. He feels their love ended. He is jealous that she got Rishabh and Preeta got Karan.

Sherlyn tells that she will always love him. He is glad to hear her love confession. She asks him if he is out of town. He tells that he is going to help Pawan in business. She asks him to guess about her location. She tells that she has come to Manali to stop Karan and Preeta’s honeymoon. He tells her that Karan acts that he dislikes Preeta, but he is eyeing her since a long time. She doesn’t want him to love Preeta.

He asks her not to celebrate until she succeeds. She doesn’t think Preeta will fail her plans. He tells that he wants her to win. He wishes her all the best. He tells that he loves her a lot. He wants her to keep an eye on Preeta. She isn’t scared. She wants to call him again when the plan works out. She wants to tell him that she is smart, and Preeta is a failure. Mahira misleads Karan. She prepares to record their closeness. She stoops more and does a sleazy act. Will Karan come to senses before its too late? Keep reading.

Reviewed Rating for this particular episode Kundali Bhagya 25th December 2020 Written Update Mahira sleazy move:2/5 This rating is solely based on the opinion of the writer. You may post your own take on the show in the comment section below.