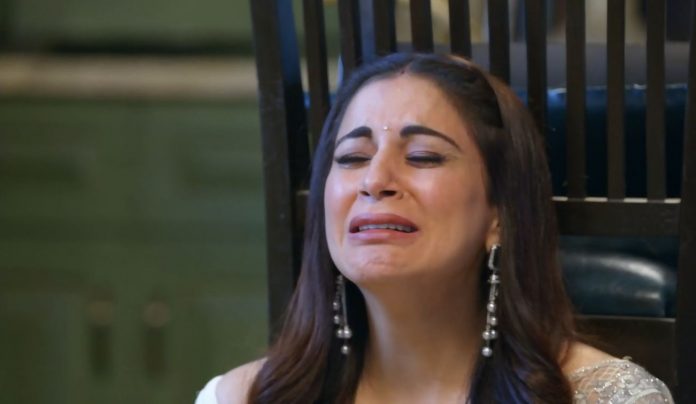 Kundali Bhagya 28th December 2020 Written Update Karan shocks Preeta Karan and Mahira are together in Preeta’s absence. Mahira pretends that Karan is getting close to her. She wants the camera to record whatever she wants. She proves that Karan was desperate to get her. She tells Karan that she can entertain her until Preeta comes. Preeta and Shrishti try to know how did Mahira skip the spiked drink. Sherlyn tells them the real plan.

Sherlyn irritates Preeta by her cheap talks. She tells that Karan would not restrict his feelings and express love to Mahira, whom he was going to marry. She asks Preeta to enjoy the romantic moments between Karan and Mahira. She leaves Preeta and Shrishti in a helpless situation. Preeta finds Karan semi-conscious after consuming the spiked drink. Mahira gives an intoxicating pill to Karan. Preeta cries seeing the happiness. She tells Shrishti that Mahira is crossing her limits. She tells that Mahira is trying to take an advantage of Karan’s intoxicated state.

Karan visualizes Preeta in Mahira. He lets his feelings free. He gets distant from Mahira when he faces the reality. Mahira doesn’t leave her determined move to win Karan. Preeta is left shattered to watch their night live. She can’t see them together. She wants Karan to show his true love and not fall in Mahira’s plan. Kareena tells Bani and Rakhi that Mahira and Sherlyn are unwell. She tells that she has sent them to Manali so that they have a holiday trip, Preeta can take care of Sherlyn if there is any problem. She tells that she made the booking in the same hotel. Bani likes her move. Rakhi is stressed. She knows that Mahira will try to get against Preeta.

She tells that Mahira is mistaken about Preeta snatching her rights. She doesn’t think she can explain Mahira. Rakhi worries sensing something wrong is going to happen. Karan worries that he has given a wife’s right to Mahira. He apologizes to Preeta and wants her to leave from his life, even when Preeta is ready to forgive him for his mistake. Karan shocks Preeta by declaring his decision that he will be marrying Mahira as a repentance for his mistake. Will Mahira succeed in her evil plan? Keep reading for a detailed update.

Reviewed Rating for this particular episode Kundali Bhagya 28th December 2020 Written Update Karan shocks Preeta:5/5 This rating is solely based on the opinion of the writer. You may post your own take on the show in the comment section below.