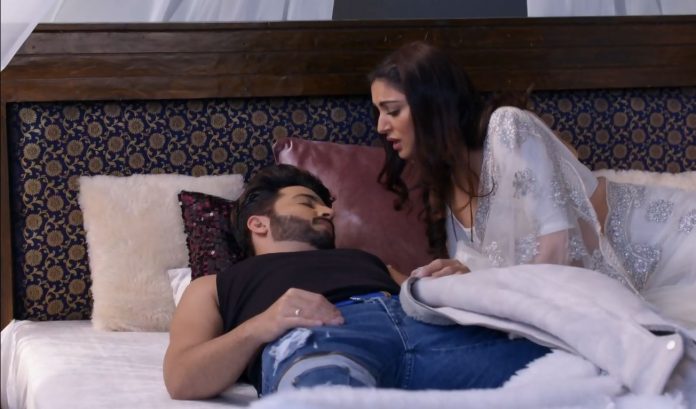 Kundali Bhagya 30th December 2020 Written Update Preeta rescues Karan Preeta recalls the moves she played against Mahira. She had called Inspector and took his help to complain about Mahira. The flashback scene shows Preeta seeking help from the police. She tells that Mahira had spiked Karan’s drink to get intimate to him. She wants Inspector to come to the hotel and rescue them. Shrishti tells the police that even Sameer is kidnapped by Sherlyn. Police reaches the hotel to rescue them on time. Inspector informs them that they have arrested Mahira. Preeta realizes that she had got timely help because of Sherlyn’s stupidity.

Preeta wants Mahira to pay a price for molesting Karan. Shrishti seeks help from Sameer. She asks him to look after Karan until they handle Sherlyn. Mahira gets in the lockup. She feels her fate is really bad that she missed to get Karan. The police has already seen Mahira trying to win Karan, when Preeta took the Inspector on the same video call connected by Sherlyn. Mahira claims to be Karan’s wife. Inspector doesn’t believe Mahira.

Preeta introduces herself as Karan’s wife. She proves the truth by showing the marriage picture and video. Inspector believes Preeta. Mahira tells that Preeta is lying to hurt her reputation. Shrishti tells that Preeta is married to Karan. Preeta tells that Mahira was stalking Karan, and tried to molest him. She feels the molestation charges are right on Mahira. Mahira reacts to the charges. She asks Inspector to call Sherlyn to know the truth.

Shrishti tells that Sherlyn isn’t above the law. She reveals that the police inspector had spoken to them, not Sherlyn. Mahira gets mad at them. Inspector puts her in the lockup again. Preeta thanks the inspector. Sherlyn is much shocked when she wakes up and finds the room door open. She checks the phone log. She runs to check on Preeta. She doesn’t find Preeta, Sameer and Shrishti. She calls on the number to know the details. She enquires about Mahira.

She learns that Mahira is caught in the police raid at the hotel. Sherlyn gets scared. Mahira wants Sherlyn at her rescue. Preeta meets Mahira. She tells that she has seen the live telecast of Mahira’s sleazy act, Sherlyn is the one who had showed it to her on the video call. She asks Mahira not to lie to her. Sherlyn reaches the police station to prove Mahira innocent. She tells that Mahira didn’t do anything wrong. Shrishti tells Sherlyn that Preeta had proved the truth to the police.

Kundali Bhagya 30th December 2020 Written Update Inspector tells that Mahira was found with drunken Karan, Mahira has done a crime to take an advantage of Karan and molest him. Sherlyn requests her to free Mahira. Inspector asks her to arrange bail. Sherlyn tries to get Shrishti trapped. Inspector asks Sherlyn not to teach her any law and behave herself. Preeta tells that Sherlyn felt that she will be helpless and shattered by watching the live telecast, but she had not broken apart, she had taken the police help to fail Mahira’s plans. She tells that if Mahira does anything wrong again, then she will punish her for the crime. She asks Mahira not to force her to show her bold side.

She threatens Mahira. She tells Mahira that she will spare her this time just for the sake of Rakhi. She doesn’t want Rakhi to know Mahira’s truth. She warns Mahira against hurting the family. She tells that Mahira shouldn’t come between Karan and her. She warns that she will show a wife’s real strength to protect her marriage. She asks Mahira to think about Karan’s reaction on knowing her truth. Preeta threatens Sherlyn as well. She asks Sherlyn not to help Mahira.

Shrishti tells that they didn’t charge Sherlyn and Mahira for kidnapping them. She asks them to be happy that Preeta has spared them from the criminal charges. Preeta tells that physical assault charges can put them in deep trouble. Sherlyn gets tensed. Preeta tells that she will reveal to everyone about Sherlyn’s involvement. She asks Sherlyn to think of her pregnancy. Mahira denies the blames. She tells that she isn’t any escort. She threatens to get the inspector fired from the job.

Moreover, Shrishti threatens Mahira. She tells that Sherlyn had left evidences behind. Sherlyn realizes Preeta’s smartness. She thinks Prithvi was right about Preeta, who has defeated her again. Preeta wins it all by her slaying move. What do you think of Preeta’s bold and smart step this time? Do you think Preeta’s character should be wise from now on rather than the helpless one? Comment below and keep reading.

Reviewed Rating for this particular episode Kundali Bhagya 30th December 2020 Written Update Preeta rescues Karan:5/5 This rating is solely based on the opinion of the writer. You may post your own take on the show in the comment section below.