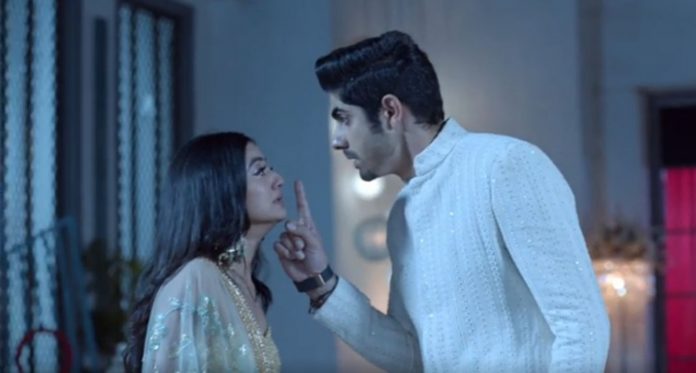 StarPlus Upcoming Spoilers Colors Zee Prime Top 3 Today Anupama She wants Leela to just be a mother and pray for Vanraj. Kavya’s blood doesn’t suit Vanraj’s body, which makes Anupama become the next donor. Anupama becomes a medium for saving Vanraj. Doctor gives them the good news that Vanraj is stable after the surgery. He asks one of the family member to stay with him. Kavya wants to stay with Vanraj. She isn’t his family. Leela tells that Kavya is an outsider. Doctor suggests that Anupama stays with Vanraj. Hasmukh doesn’t want to compel Anupama to stay with Vanraj.

Anupama tells that she will stay with Vanraj and take care of him. Leela wants Kavya to just go away. Samar gets emotional about his dad. He knows its a difficult phase for Anupama, she is taking care of Vanraj who had shattered her by his cheat. Anupama relieves Kavya by telling that Kavya may have a right on Vanraj, but family is equally in pain by seeing Vanraj’s state. Kavya reminds that Vanraj is her love. Anupama doesn’t care for Vanraj and Kavya’s love story. Kavya demands to take Vanraj with her, but he chooses otherwise. He wants to go home with his family. His decision leaves Kavya shocked.

Ishq Mein Marjawan 2:
Riddhima confesses to Vansh that she loves him a lot. She tells that she immensely loves him and her love is nothing but the truth. Vansh doesn’t believe her after she had confessed that she was a spy who came in his life with wrong intentions to trap him. She hugs him, which feels like a burden on his heart. She tells him that she is ready to bear any punishment to satisfy his anger, if it helps him relieve his wounds. She asks him to just show faith on her. She wants Vansh to not break their relation. Vansh is raged up.

He demands the impossible by asking her to prove her love by killing someone. She tells him that she can prove her love by giving her own life. He doesn’t want her to die an easy death. He wants her to feel the worse of killing someone. He asks her to kill his biggest enemy Kabir to prove that her love and loyalty are just for her husband Vansh. He tells her that she has to murder Kabir, if she has nothing from the past related between Kabir and her. Riddhima can’t kill Kabir.

She isn’t a criminal to stain her hands with blood. She refuses to Vansh’s demand. Vansh reprimands her shameless past, how she had cheated him and disrespected his love for the sake of Kabir. He feels Kabir is the devil who has ruined their relationship. He wants her to take the only path and just prove her love by fulfilling his demand. Riddhima gets Ahana’s pity. Riddhima feels its not justice to kill Kabir.

Ahana also thinks Vansh has demanded a lot from Riddhima to test her love. She doesn’t want Vansh to give another chance to Riddhima even if she kills Kabir. She questions Vansh if he still loves Riddhima. Vansh doesn’t answer her. Ahana reminds him the promise he made to her. She doesn’t want to become his puppet. Riddhima wants Vansh to understand her true love. Vansh compels her to kill Kabir if she wants to earn back his trust. He hands over a gun to her and wants her to shoot Kabir. Riddhima can’t lose Vansh.

She agrees to kill Kabir. Ahana warns Kabir to be careful of Riddhima who is going to kill him. Kabir laughs off on the news, since he is pretty sure that Riddhima can never kill anyone. Ahana doesn’t want Riddhima to kill Kabir and pass in Vansh’s love test. Vansh What will Riddhima do now? Keep reading.

Kumkum Bhagya:
Ranbir and Prachi’s break up hurts both of them. Aryan and Shahana want to know about Prachi. They question Ranbir. Ranbir tells that Prachi wants to break up with him. Shahana can’t believe it. She meets Prachi to know the reason for the breakup. Prachi can’t hear anything against Ranbir. Shahana asks her why is she crying.

Prachi confides the truth. Ranbir tells Aryan that Prachi is breaking up with him just for the sake of money. Aryan asks Ranbir if he has believed whatever Prachi told him. Prachi tells Shahana that Rhea wanted her to break up with Ranbir by keeping the deal. She wants Pragya’s happiness. Prachi tells that Rhea will unite their parents now. She just wants Abhi and Pragya to stay happy.

Reviewed Rating for this particular episode StarPlus Upcoming Spoilers Colors Zee Prime Top 3 Today:3/5 This rating is solely based on the opinion of the writer. You may post your own take on the show in the comment section below.