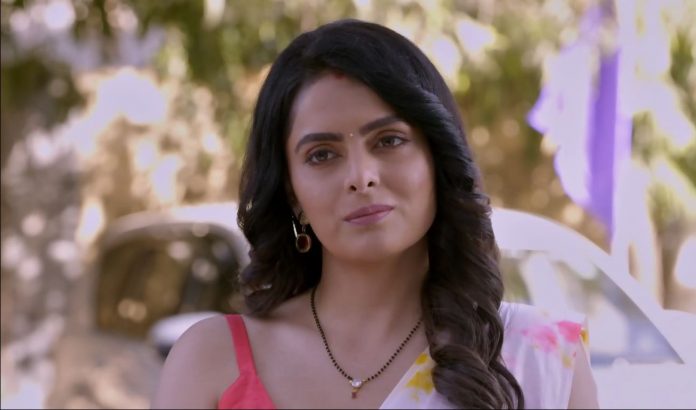 Kundali Bhagya 7th January 2021 Written Update Sherlyn strikes again Preeta stays silent on seeing Kritika’s excitement for the marriage. She had the same excitement before seeing Akshay with Ruchika. She is pretty sure that Akshay cleanly lied to her. She wants to know if its a good cause behind his lie. She doesn’t hurry in staining the relationships by her suspicion. She knows Kritika will be hurt if she tells about Akshay. She wants to be sure about Akshay’s affair.

Sherlyn meets Mahira at home. She tells that she came across Preeta and Akshay. She reveals what Akshay told her about Preeta’s suspicion. She tells that Akshay is behaving suspicious and Preeta has already got doubtful about him, which means that Preeta may break Kritika’s marriage if she gets any proof against Akshay. She tells Mahira that its a great chance for them to work against Preeta.

She adds that even if Akshay isn’t wrong, they will prove him wrong in Preeta’s eyes so that Preeta does the unthinkable. She further tells that once Preeta finds Akshay into an affair, she will not stay quiet and tell the truth to the entire Luthra family to break Kritika and Akshay’s marriage, Kritika will lose her dreams and happiness. She tells that Kareena will not be able to see her daughter in tears and accuse Preeta for the mess.

She wants Preeta to get accused by Karan and Rishabh as well. She tells that they should spy on Akshay and target Preeta. She tells that Preeta will be hurt badly. Mahira is happy with Sherlyn’s new plans. Meanwhile, Preeta tells Shrishti that they will find out Akshay’s truth, they will expose his truth if he is wrong. Akshay lands in new trouble when he finds Kritika around. He doesn’t want Kritika to see him with Ruchika. What is Akshay hiding? Is Ruchika really his girlfriend or its just a misunderstanding to get exploited by Sherlyn and Mahira? Keep reading for a detailed update.

Preeta asks Kritika about Akshay and her love story. Kritika tells her that she had fallen in love with Akshay in the college. She tells that when Akshay went to Dubai, she was in stress when they got disconnected for some months, she was afraid that the marriage will be cancelled. She is glad that the problems are solved. Preeta finds Kritika very innocent. Kritika loves Akshay a lot. She tells the interesting story of Akshay and her first meet. Shrishti finds Preeta tensed. She wants to know the reason for Preeta’s interest in Kritika’s love story.

Sherlyn gives the interesting news to Mahira. She tells that Akshay had told her about Preeta’s enquiry. She knows Akshay well. She tells that Preeta will become a big problem for Akshay. Mahira tells that they will make Akshay against Preeta. They make a plan that Karan hates Preeta and Kritika also loses faith on Preeta.

They want Kritika’s marriage and heart to break. Mahira tells that Preeta’s relation will break with the entire family. Preeta tries to know about Akshay. Karan and Preeta get into a moment. Kareena wants Preeta to be careful and keep their family reputation. She tells that Preeta can’t make any mistake if her honeymoon fever didn’t end. Preeta tells that she will happily keep her responsibility. Kareena wants her to focus on the work. Preeta doesn’t want to upset Kareena. Preeta calls Sarla for a meeting.

She goes home to meet Sarla and Shrishti. She tells Sarla about Akshay’s suspicious behavior. She doubts that Akshay is a wrong guy. She wants to save Kritika’s life. Preeta finds Shrishti getting jealous when she had called Kritika her sister. She asks Shrishti to know that she is her only sister. She loves Shrishti a lot. Shrishti tells that she feels jealous when Sarla showers more love on Preeta. She also loves Preeta dearly. She doesn’t want Preeta to give same love like her to Kritika. She tells that she can’t share Preeta’s love with someone else. Preeta pacifies her.

She wants Shrishti to be always naughty and bubbly. Shrishti tells that they will promise to save Kritika from Akshay. Preeta tells that they will find out if Akshay is really wrong. Akshay and Ruchika are still spending time. They get to see Kritika. Akshay fools Kritika by his stories. He takes Kritika to drop her home. Sarla advises Preeta not to tell the truth to Kritika or Kareena, who will never believe her. She tells that Preeta will get blamed again, its better to find out the proof against Akshay. She wants Preeta to confide the truth with Kritika first since its about her life. Preeta is thankful to her family for their advice and support.

Reviewed Rating for this particular episode Kundali Bhagya 7th January 2021 Written Update Sherlyn strikes again: 3/5 This rating is solely based on the opinion of the writer. You may post your own take on the show in the comment section below.