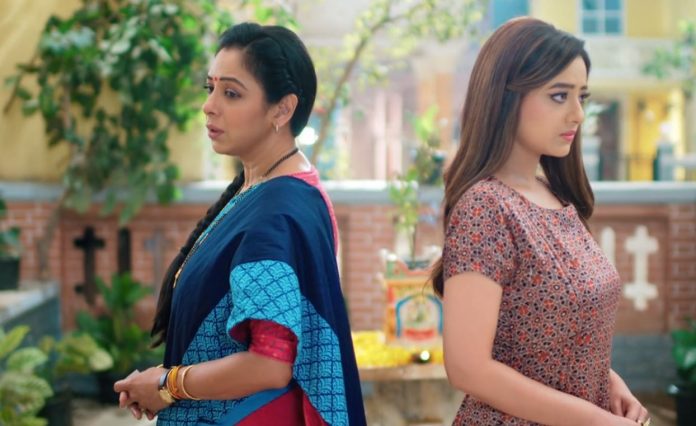 Anupama Written Update Upcoming Vanraj decision on Kavya Anupama answers Rakhi’s taunts. She doesn’t want anyone to judge Vanraj. Vanraj tells Kavya that he needs time to think if he wants to return to her or not. He doesn’t think he should leave the family who has always supported him. Rakhi tells Kinjal that she shouldn’t be hurt if Anupama has no problem with Kavya. She wants Kinjal to think of her life.

She tells that the family has let Kavya in when they learnt that Vanraj’s job is at risk. Rakhi asks Kinjal not to get waste her time on the family matters. Kinjal doesn’t want Rakhi to interfere in her family. Rakhi tells that Vanraj will not go anywhere now. Kinjal tells that she trusts Anupama a lot and also her decisions. She has complete faith that Anupama will never forgive Vanraj, she is just tolerating him as he is the father of her children, she isn’t Vanraj’s wife anymore.

Rakhi tells that very soon times will change, Anupama will give up to her emotions and get Vanraj back in her life. Kavya tells Vanraj that she would have gone if she didn’t love him. She tells that his love has made her weak, she can’t think of anything else when she is with him. She tells that she doesn’t have any self-respect or pride, but just love. She tells that Anupama had tolerated everything and still waited for him. She feels she is at Anupama’s place now.

She wants him to come back to her house. Rakhi finds Kavya leaving and taunts her. She tells that the lovers might be having a fight. Kavya breaks Anupama’s house model. She feels Anupama may not be able to fix it back. Anupama tells that the house always breaks by the storm occurring inside. She doesn’t want to fix the broken house, which will not be perfect. She tells that Kavya will have rights on the things that belong to her. Kavya wants surety about Vanraj.

She fears of their break up. Vanraj is confused about his relationship with Kavya. Leela is biased and tries to teach Anupama that she should control Kinjal. Anupama takes care of the entire family like always. Vanraj feels that he should stay back when he gets the food prepared by Anupama.

He loves the way Anupama takes care of everyone. Anupama misses the old days. She feels she has given her son to Kinjal. Vanraj gets hurt when he falls down from the bed. Anupama runs to him with concern. She looks after her. She tells that he will be fine gradually. Vanraj wishes to reconcile with Anupama. He tells that he wants things to get fine between them. Anupama is adamant to not forget his cheat.

Reviewed Rating for this particular episode Anupama Written Update Upcoming Vanraj decision on Kavya: 4/5 This rating is solely based on the opinion of the writer. You may post your own take on the show in the comment section below.